Come along, a millennium into the future… if you dare… 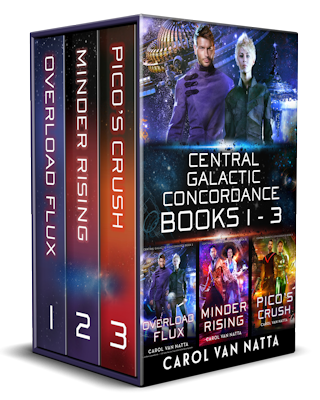 The Central Galactic Concordance government boasts 500 member planets and 200 years of prosperity, thanks to the sprawling Citizen Protection Service. The agency uses any means necessary to keep the peace, from allying with giant pharma corporations and political maneuvering, to secret black-box projects with darker purposes.

The CPS also employs minders—people with telepathic and telekinetic talents—for service and security, and covert operations.

Being a minder isn't easy—they are followed by fear and prejudice. But being a “person of interest,” or of use to the CPS is even worse. Throw in corruption, hidden agendas, planet-sized secrets, and space battles…

Your only hope for survival is to know who your friends are… and keep them close.

Jump on board for the interstellar ride of a lifetime—read the first three books of this multi-award-winning series today.

More books in the CGC series:

SERIES NOTE: Book 1 is Overload Flux, a standalone story that introduces Luka Foxe and Mairwen Morganthur, and the Central Galactic Concordance universe. Book 2, Minder Rising, introduces Lièrén Sòng and Imara Sesay, and the ubiquitous Citizen Protection Service. Book 2.5, Zero Flux, is a novella with another adventure for Luka and Mairwen from Overload Flux. Book 3, Pico's Crush, stars Jerzi Adams, of Overload Flux, and includes cameo appearances by Luka and Mairwen, and Lièrén Sòng. Book 4, Jumper's Hope, introduces Kerzanna Nevarr, an ex-Jumper, and Jess Orowitz, each with a dark past and even darker secrets. Each book is a complete story, but your experience will be enhanced if you read the series in order.

Did you know you can buy ebooks AND support your local independent bookstore? If you buy a Kobo reader and register it through a participating bookstore, such as Old Firehouse Books in Fort Collins, the bookstore shares in the proceeds of the ebooks you buy. How cool is that? 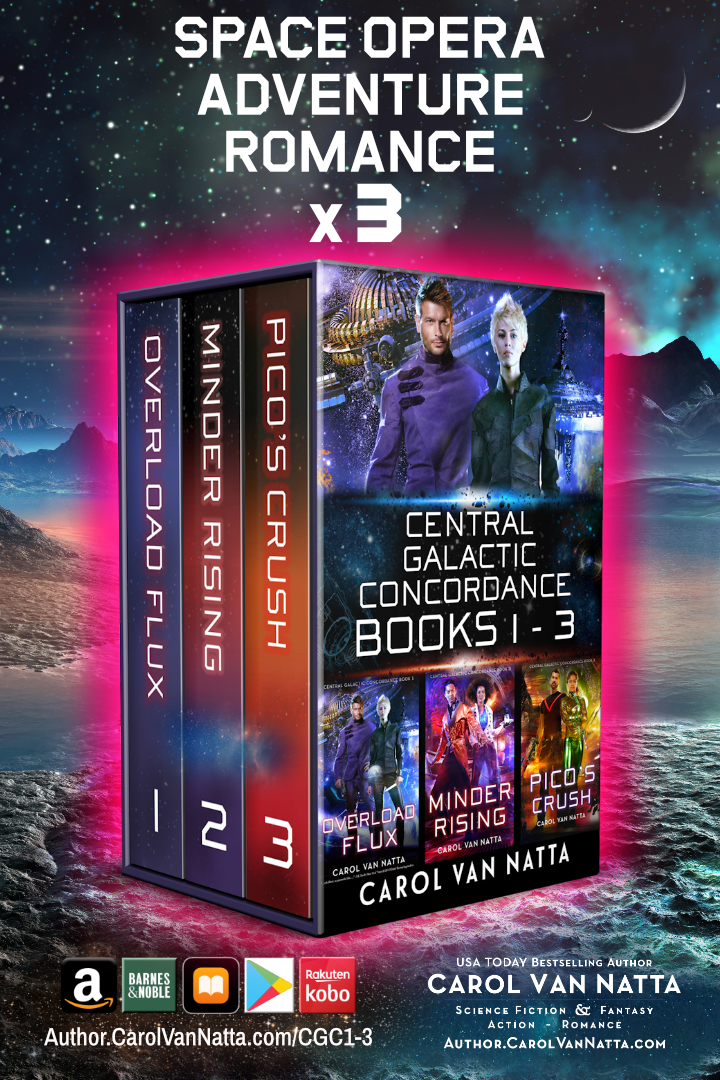