About the Setting for My Book, Minder Rising 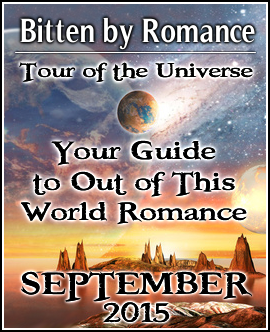 The Tour of the Universe (sponsored by Bitten By Romance) is featuring the City of Spires, the setting for Minder Rising.

I initially set Minder Rising in the capital, showcase city of the Central Galactic Concordance, because I wanted to explore the official view of minders, to explain Agent Lièrén Sòng's background and general assumptions about how things worked. Imara Sesay is almost the opposite — she sees the sides of the city and people that few others do, both in her capacity as a road crew chief and a bartender.

I tend to think of settings as almost another character, because the ambiance and sensibility can have profound effect on the human characters. Big cities have multiple personalities—the business district, the gated community, the entertainment block—for variety, but even small towns have it, such as the cliché “wrong side of the tracks.” The City of Spires is made of glass, a planned urban artwork as architecture, but underneath its showy facade, it's cold and inflexible, and requires constant upkeep. That's the backdrop for Minder Rising, and Agent Sòng's struggle to find the truth, and for Imara to protect her son.

In Overload Flux, Luka Foxe and Mairwen Morganthur both work for a security company, La Plata, and I needed a reason why the company headquarters would be there. I came up with the city of Etonver a thriving, sprawling mess that allows open-carrying any kind of weapon imaginable. This, I figured, would naturally attract companies that used weapons in their day-to-day business, such as mercenaries, security companies, etc. It's a kind of libertarian sensibility, so I added another side of lax regulations in the free-for-all zoning and notoriously bad traffic. By the way, Overload Flux will be on sale Sept. 19-21 for only $0.99—if you already have it, tell your friends about the great deal.

In the upcoming Zero Flux, a short novella, the setting is the coldest settled planet in the Concordance. Luka and Mairwen are investigating a very cold case, so what better location than an ice cave in winter?

One of the joys of being a science fiction writer is the fun of thinking up new locations and new ways people live and interact with their environment.