Extras for Readers of My Books 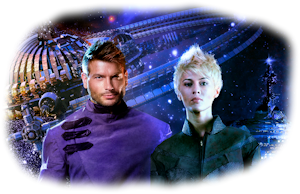 Communications: The Central Galactic Concordance (CGC) owns and operates the short-burst communication system of satellites, gateways, relays, and technology makes it possible to manage a galactic civilization. They add connections like breadcrumbs wherever explorers roam. Sort of like the current internet, there are lots of redundancies and alternate routes for messages to get passed on. It's a capital crime to tamper with them, and CGC will quickly send Concordance Command Space Div warships to enforce it. Access to local, planetary, and interstellar communication is a right, not a privilege, for all CGC citizens. The known galaxy is littered with comm relays, as they're the equivalent of an ant colony's scent trail. Wherever an exploration ship goes, it leaves a trail of them, and they connect up just like adding a string of Christmas lights. Once one is dropped, keyed, and mapped, it's a beacon for FTL ships to navigate by. See Overload Flux for how comm relays are used in uninhabited systems. Near-live communication from planet-to-planet is possible, but expensive, and must be scheduled. 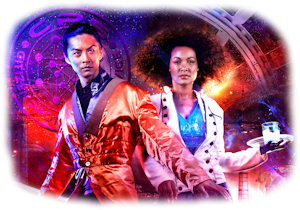 Joyhouses: Joyhouses (small) and joy palaces (large, more variety) are legitimate businesses for selling sex, and on most planets, you'll find them in most communities, rather like pharmacies. Most offer outcall services, for an extra fee. Some planetary governments make them state-owned entities, some allow them in every strip mall. Sex worker (a.k.a. companion, geisha, horri, rentboys, joygirl, boytoy, and other creative titles) is a legal and legitimate profession, and licensed the same way real estate agents are licensed. In the CGC, the word “prostitute” means anyone who is uncaring who the client is, regardless of the type of business, and doesn't usually mean sex. Of course there are unlicensed freelance sex workers (just like there are shadetree mechanics), usually in small towns and frontier or out-of-the-way systems.

Frontier planets: The Central Galactic Concordance has more than 500 member planets. When new planets are discovered, successfully terraformed, and opened for settlement, they are not eligible for CGC membership until they meet certain minimum standards, including medical care for all, tax collection, financial transparency, recordkeeping and availability, communications, infrastructure, and human rights and privileges. Exploration companies, terraform companies, and settlement companies all own rights to develop the planet, which the settlers must pay off as “settlement debt.” See how this can go awry in Last Ship Off Polaris-G. 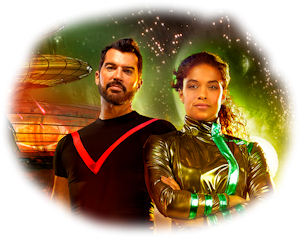 Finance: “Cashflow” chips and accounts are anonymous accounts that are the futuristic replacement for physical money. Deliberately difficult to track back to the individual who loaded credit into them. Law enforcement must get court orders; more controlling governments make it easy to get the order; libertarian governments make it almost impossible. Strong authentication of individual identity is multi-factor based on multiple biometric factors, tokens, and knowledge. It's easy to create avatar identities and companies, but harder to make them pass a second glance. It's a cat-and-mouse game between the snoopers and hiders.

Autotailor: Storefronts that have equipment for measuring clients, a stock of popular fabrics (and dye colors), and licensed clothing designs for making custom clothing on the spot. Some stores are generalists, some specialize, some are higher quality and have better designs than others. Off-the-rack (“set-size”) clothing stores (a.k.a. ready-to-wear) are still available and are cheaper. Shoes are similar — custom shoes vs. off-the-shelf. Most auto-tailored clothes can be completed in an hour or two; sometimes shoes take a day or two, especially if they're elaborate, like good running shoes or military-grade boots. In general, people don't throw much away, they trade things in at any retail store or sell them directly to the second-hand stores (a.k.a. “reuse store”) or donate them to charity to do the same. Most materials are recyclable.

Galactic Date and Time (GDAT): The official, galactic standard for date and time. It's based on the original Earth standard of 24 hours per day, 365 days per year. Expanding civilization soon discovered they needed a standard, because while the planets selected for settlement come close to Earth, planetary orbit and rotation variances made “local time” worthless if you were hoping to set up a meeting, or agree on a deadline. The local calendar is used for festivals, business hours, etc., but human birth dates, etc. are recorded in GDAT notation. A GDAT date of 3209.212 is the two hundred and twelfth day of the year 3209. It roughly correlates to the year 3709 on Earth, owing to an interregnum and subjective calendar variances in the early days of galactic exploration and settlement. 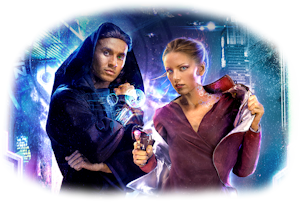 Jumpers: An elite, special forces team under the Citizen Protection Service. Jumper bodies are enhanced with biometal (bone infused with metal) and fast reaction times; a skulljack for interfacing with control systems of ships, weapons, and mech suits, a huge exoskeleton of mobile armor; and a computerized controller for dealing with the enhancements. Kerzanna Nevarr (Jumper's Hope) is an ex-Jumper, as is Axur Tragon (“Pet Trade” in the Embrace the Romance: Pets in Space 2 anthology).

Kameleons: A secret program in the Citizen Protection Service for spies. The CPS implants personality overlays and remakes the body of a spy to send him/her into undercover situations. While the program is not officially acknowledged by the CPS, rumors abound, especially in the city of Ridderth on the planet Mabingion, which houses the largest base for Kameleons. Jess Orowitz (Jumper's Hope) is a former Kameleon.

The City of Spires (the setting for Minder Rising) 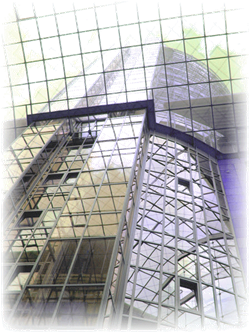 Excerpt from Thirty Gems of the CGC: A Guide of What to See Next:

The city of Spires is the prime city of the planet Capet Dedrum. More commonly known as Concordance Prime, it is the seat of the Central Galactic Concordance's government. Spires is a gleaming showcase of graceful, artistic curved spires of glass and light and an iconic skyline famous throughout the civilized galaxy.

Spires and the surrounding metroplex is home to 8 million residents and hosts more than 1 million visitors per year. It is a beautiful coastal city with year-round temperate weather and enough rain that rainbows are a common occurrence. The city's environs harmonize with lush local greenery and lively fauna, including over fifty protected species of birds of paradise.

Tourist attractions include the Central League Remembrance Hall; the unique skyward lotus parks; exclusive 10-star restaurants, such as the galaxy-renowned Fermat's Last Repast; a thriving live performance district; and the city itself. The city's glass roadways, structures, and towers gleam with reflective sunlight during the day, and shine with spectacular programmed light shows at night, earning its nickname as the City of Light.

Visitors have an enviable choice of public transportation options for getting around in Spires, the most popular of which are the transparent skytrams, reminiscent of a thrill ride in some sections. Clear glass pedestrian walkways are plentiful, and all vehicles—ground, low air, and orbital—are well managed through centralized traffic control, making for safe, dependable travel. The city's space port offers shuttle transportation to the Capet Dedrum Space Station, a key hub for interstellar travel and commerce.

In addition to the High Council of the member planets in the Central Galactic Concordance, Spires is home to the Galactic Court, and the CGC Military Command. Weapons are strictly controlled in Spires.

Planet Capet Dedrum was discovered in GDAT 2299 and opened for colonization in GDAT 2355 during the First Wave of galactic expansion. Its Earth-like mass and orbital period, and its thriving post-terraforming ecosystems, have ensured its place as one of the most successful settled planets in the galaxy.

Because it sometimes makes me crazy not knowing how the science fiction or fantasy author intended proper nouns to be pronounced, here is a guide to some of them from my books. They're in alphabetical order by book.

“Pet Trade” in Embrace the Romance: Pets in Space 2 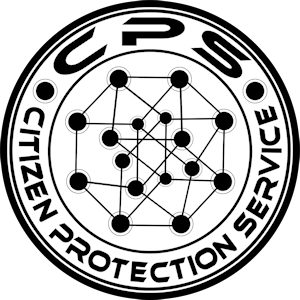 These are the minder talents cataloged by the Citizen Protection Service.

Telepathy was the first officially recognized talent, and the most studied and tested. These are the known variants:

Telekinesis was the second officially recognized talent. The categories are not as clearly delineated, and there is some disagreement about grouping healers with the tekes.

The last of the classes to be recognized by the CPS, and the least studied. Categories are recent, vague, and not universally accepted.

According the CPS, polymaths—someone with talents in all categories—are very rare. Multi-talents are not polymaths. See Last Ship Off Polaris-G, Minder Rising, Jumper's Hope.

Talents that don't fit into any known category. To a skilled, high-level sifter, unique talents may seem to be a variant of one of the known categories.  While the CPS recognizes that uniques exist, they don't have tests to detect them or classifications to describe them. See Overload Flux, Pico's Crush, Spark Transform.

Get all the news first!

Don’t miss out on new releases and
author news from Carol Van Natta.