A Space Opera Adventure with Romance, Pirates, and Pets ✦ 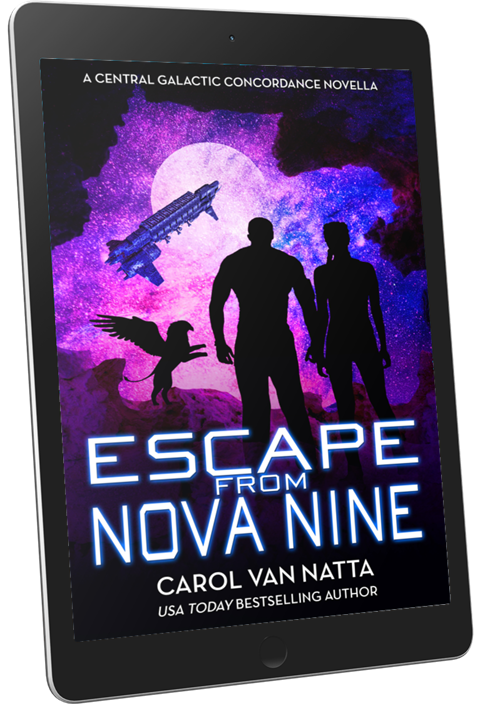 She's a space pirate with vital information. He's a wanted fugitive with enemies hot on his afterburner. Will their unexpected attraction survive escaping a dangerous asteroid mine in time to avert a war? 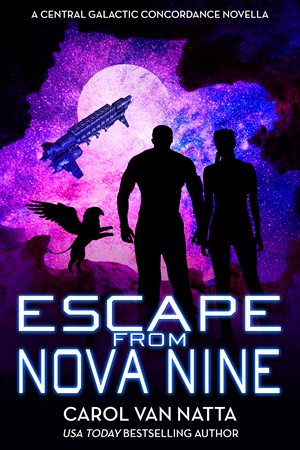 About ESCAPE FROM NOVA NINE…

A wanted fugitive with enemies on his afterburner and a pirate clanswoman with vital information must escape a lethal asteroid mine.

Trouble is arising across the galaxy, and space pirate Julke Defayensdytr has vital information for her clan. She's almost given up trying to escape the hidden rogue asteroid mine she's been imprisoned in for over a year. But a new batch of prisoners brings hope in the form of kind and sexy Zade.

Starship crewman and wanted fugitive Zade Lunaso always runs from conflict. Unfortunately, this time it landed him with a one-way ticket to toil in the dangerous mine for the rest of his soon-to-be short life. He'll need all his considerable skills to escape. Not to mention help from the intriguing Julke, and a flock of curious space griffins with secrets of their own.

Their bid to steal the cruel Warden's yacht goes off course when they take a wrong turn and discover a motherload of forgotten ships. But even if they somehow free every prisoner to fly them, the Warden will kill them all to protect the secret of his claim.

The arrival of bigger enemies means trouble has found Zade once again. Can Julke and Zade pull off the unlikeliest escape off a lifetime, or will their luck play out and leave them stranded in the void?

Buy Escape from Nova Nine today and strike it rich!

Note to Readers: Escape from Nova Nine first appeared in the limited-edition Pets in Space 6 science fiction romance anthology. This standalone version has been expanded from the original.

👉 Read an excerpt from Escape from Nova Nine 👈

Notes: Escape from Nova Nine is rated PG-13 for language, violence, and sexual situations. None of the griffins die, but a villain or two might come to a deserving end.
There's a big damn story arc going on in the main series. This story is in the same time frame, but tangential to the revolutionary events in the big plot. Intrigued? Check out the series prequel novella, Last Ship Off Polaris-G and the first novel, Overload Flux. 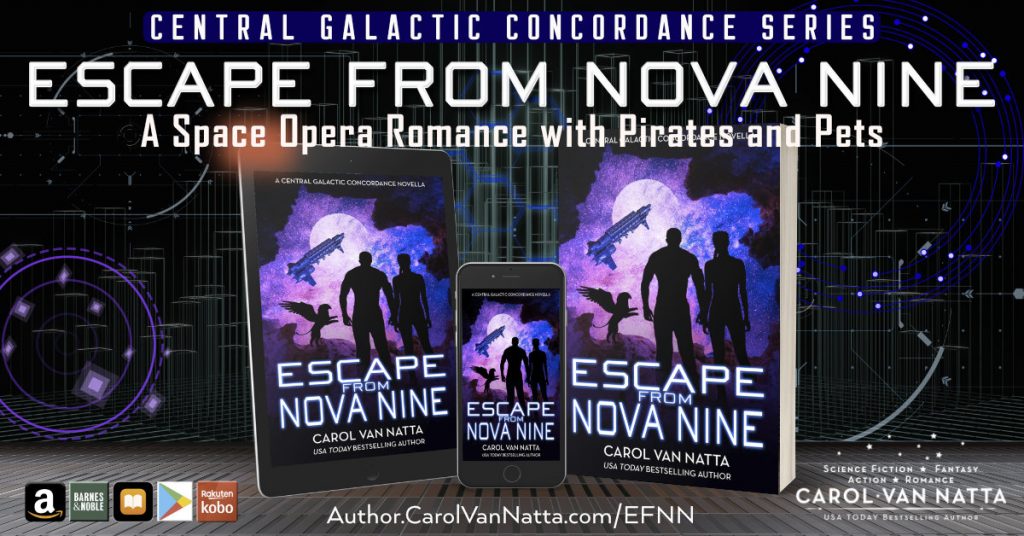 ★★★★★ Praise for Escape from Nova Nine

“I will pick up anything written by Carol Van Natta (or with a CVN story in it)… especially if it’s set in the world of the Central Galactic Concordance!” ~ L.E., Goodreads reviewer