A prehistoric lion shifter must convince a woman that the world of magic exists and he’s her mate, or lose her to a greedy billionaire who wants her gifts for himself 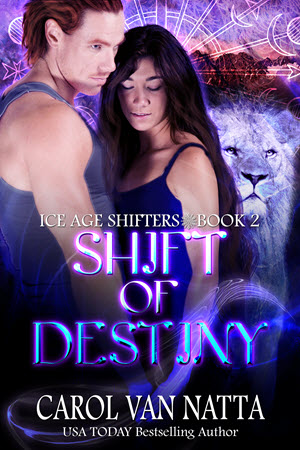 Read a free sample of Shift of Destiny

Why limit yourself to just reading about Ice Age Shifters? Step back in time when Ice Age predators ruled the world with my 6 pages of pure, unadulterated coloring fun! Don’t just read about my amazing shifters, color them and have some fun!