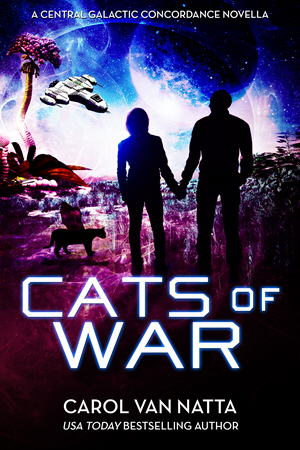 A tarnished military Subcaptain, a repair technician hiding from her past, and two genetically engineered cats join must forces to save an important factory.

About CATS OF WAR

A tarnished military Subcaptain and a repair technician with secrets rescue genetically engineered cats. Can they save an important factory and find freedom with each other?

Military Subcaptain Kedron Tauceti counts the days until he can leave and his current duty station as the liaison to the galactic government’s Criminal Restitution and Indenture Obligation system. He's more than ready to get his career back on track on a new base halfway across the galaxy, even if it means leaving behind the one person who makes him want to stay. Not that he's told her, because technically, he's her warden.

Former financial specialist and current indenturee Ferra Barray, hiding from her past, only has three months to go on her restitution sentence. She's lucked into a tech repair job. Unfortunately, she's running out of excuses to avoid the local shark in the factory who wants her to steal for him. And now the heroically handsome Subcaptain, who she hoped could help, is transferring out.

Everything changes when Ferra rescues two genetically modified cats and introduces them to Kedron. She doesn't know what she'll do if she can't convince him to keep them safe until she's free to give them a home.

But when trouble erupts at the factory, it might just be the cats who save their human rescuers.

NOTE TO READERS: Cats of War debuted in the limited edition Embrace the Passion: Pets in Space 3 anthology. It has been expanded from the original. For fans of the Central Galactic Concordance series, the events in Cats of War take place after Jumper’s Hope, but are not part of the ongoing big damn story arc.

👉 Read an excerpt from Cats of War 👈

Notes: The events in Cats of War take place after Jumper’s Hope, but are not part of the ongoing big damn story arc. 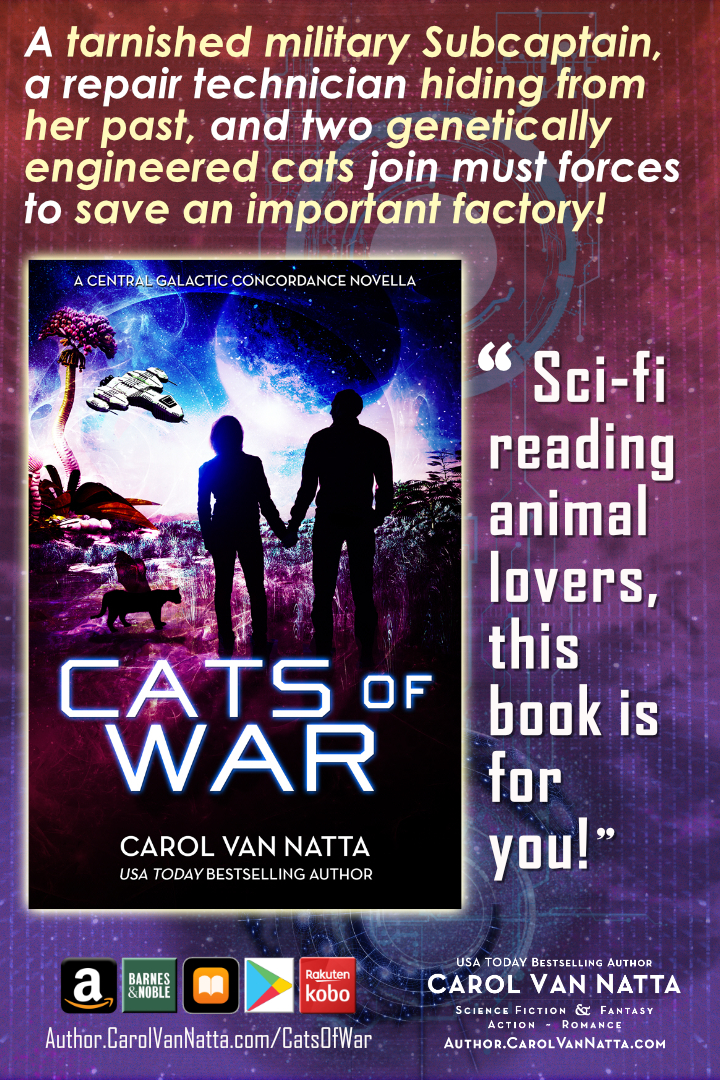