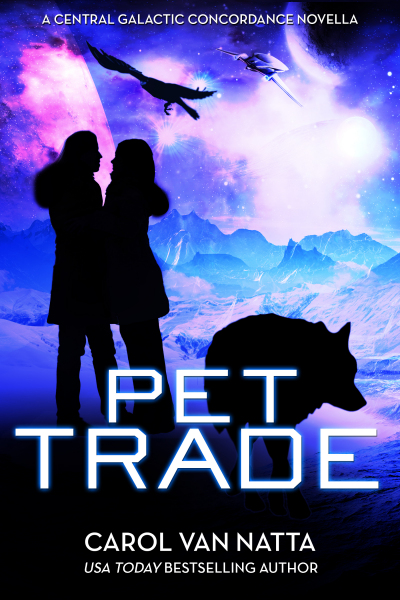 An elite forces veteran crash lands on a frontier planet with a cargo full of designer pets and must seek the help of a talented, but damaged veterinarian to help him save them and the town.

“…a poignant romance… I loved watching as these two individuals start to heal, and find love together.” — Kathy Andrico – KathysReviewCorner.com 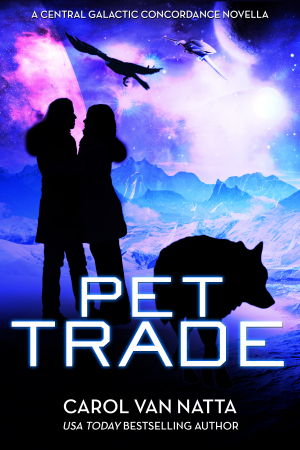 An injured veterinarian and a cyborg with unusual pets must join forces to save their town. The vast Central Galactic Concordance strictly prohibits genetic experimentation and alteration of humans on any of its 500 member planets. Animals aren’t so lucky.

“Volunteered” for a black-box research project, elite forces Jumper Axur Tragon now has dangerous experimental tech in his cybernetic limbs. He escaped and crash-landed a stolen freighter in the northern mountains of a frontier planet, only to discover a secret shipment of designer pets was part of the cargo. Determined to do right by them, he enlists reluctant Bethnee’s aid in caring for them—a definite challenge, considering Bethnee is terrified of him.

It's a deadly adventure—with pets—in the fringes of space. Grab your copy of Pet Trade today!

👉 Read an excerpt from Pet Trade 👈 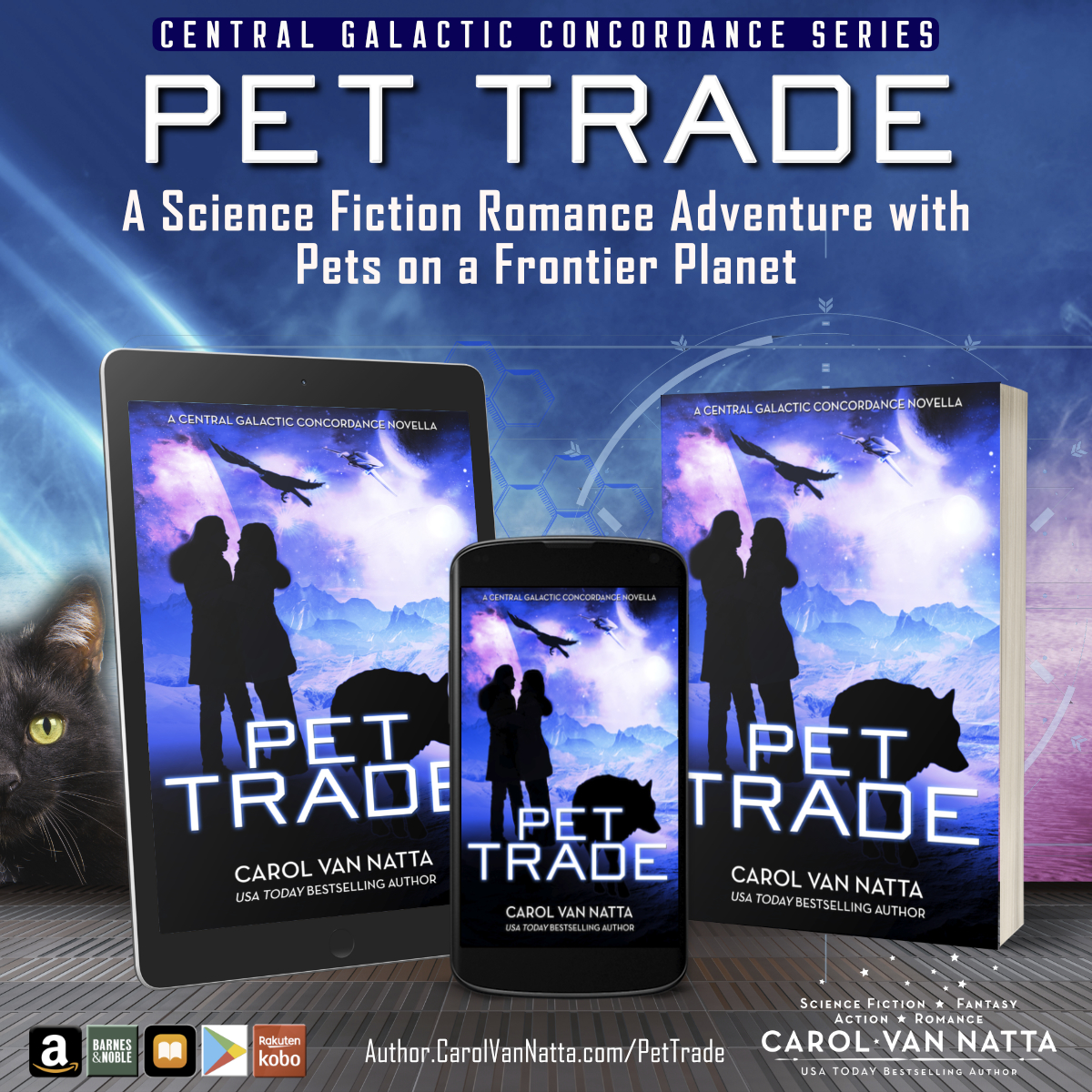