A Scifi Space Opera with Adventure, Romance, and Pets ✦ 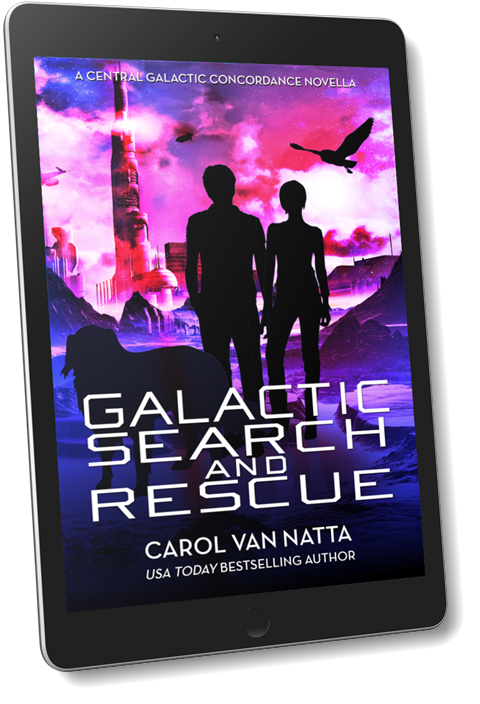 A disaster threatening an entire town. An underfunded rescue team with unusual animal helpers. Can two first-responders save the day and find love?

“Loved the danger and suspense and of course, the animals in this story. 5 Stars” ~ Barbara Ellness, Goodreads 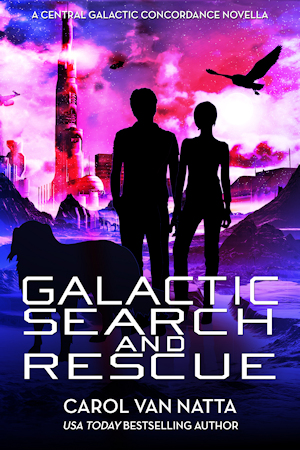 About GALACTIC SEARCH AND RESCUE…

When an earthquake shakes up a nearby world, can two star-crossed rescuers save an entire community… and each other?

Experienced rescuer Subcaptain Taz Correa hides her wounded heart. A telekinetic tech-whiz recently transferred to the worst Galactic Search and Rescue unit in the galaxy, she’d hoped after her string of epically bad breakups she’d have a fresh start. But when she can’t fight her feelings for her new teammate, she’s terrified her secret affection will show and cost both their careers.

Subcaptain Rylando Dalroinn’s telepathic connection to animals used to be everything. But he has no idea how to admit his growing attraction to Taz, especially as it’s completely against the rules. And when they’re sent as a team of two to help a devastated town, he knows he can’t afford to let his heart’s desire distract him from their dangerous mission.

As Taz works with Rylando and his unusual squad of trained animal helpers to free a desperate group of citizens, she puts her life on the line to protect her partner’s beloved creatures. But when Rylando realizes the people he’s rescuing are more than just innocent victims, he’ll have to throw out the rulebook to save them both.

Can love—and a clever crew of animals—guide the couple out of the rubble and into a future together?

Galactic Search and Rescue is a pulse-pounding story in the Central Galactic Concordance space opera series. If you like lovers in denial, edge-of-your-seat twists and turns, and intriguing psychic powers, then you’ll adore Carol Van Natta’s thrilling tale.

Buy Galactic Search and Rescue to shake up the world today!

Note: Galactic Search and Rescue first appeared in the limited-edition Pets in Space 5 anthology. The story has been expanded from the original.

👉 Read an excerpt from Galactic Search and Rescue 👈

Notes: Galactic Search and Rescue first appeared in the limited-edition Pets in Space 5 anthology. The story has been expanded from the original. For fans of the Central Galactic Concordance series, the events in Cats of War take place after Jumper’s Hope. There's a big damn story arc going on in the main series. This story is in the same time frame, but tangential to the revolutionary events in the big plot. Galactic Search and Rescue is rated PG-13 for language, violence, and sexual situations. No ships were destroyed in the writing of this story, but earthquakes aren't kind to buildings. 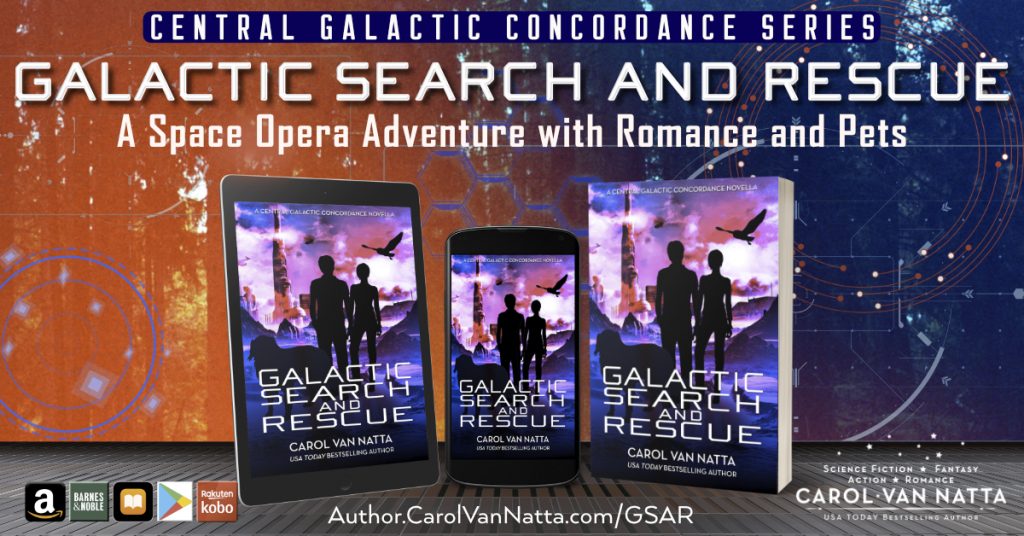 ★★★★★ Praise for Galactic Search and Rescue

“A great science fiction story with plenty of pets as well as a romantic side plot line.” ~ Lola, Lola's Book Reviews

“I will pick up anything written by Carol Van Natta (or with a CVN story in it)… especially if it’s set in the world of the Central Galactic Concordance!” ~ L.E., Goodreads reviewer