Reunited lovers must outwit a ruthless government agent, or their rumored deaths will be real this time. 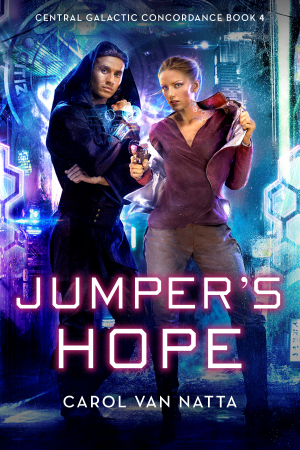 Two retired elite special forces veterans discover their battles aren't behind them after all. Someone considers them loose ends, and will stop at nothing to erase their knowledge of a secret government project. Their service left them both with wounds that will never heal. Do they still have what it takes to survive?

Kerzanna Nevarr's elite special forces days of wearing Jumper mech suits and piloting Citizen Protection Services' ships are long gone. The dark legacy of her service forced her to learn to live a quiet life. And she had to do so alone, without the lover who died before her eyes.

Jess Orowitz, veteran of CPS's secret spy organization, Kameleon Corps, made the mistake of trusting his superiors. He's paid a horrific price—fractured memories, constant headaches, and the death of the only woman he ever loved. Retirement on a quiet farming planet has kept him in an emotional deep freeze, but safe.

But now, Kerzanna is being hunted for reasons she can’t guess, and even more stunning, the man who helps her escape is Jess, her supposedly dead lover. For Jess, discovering Kerzanna is still alive is only the first of the lies and betrayal he uncovers.

Worst of all, their hunter is someone with CPS intel and lethal resources. Someone who believes the only obstacles standing in the way of success are one broken-down ex-Jumper and a fractured Kameleon.

Together, are they strong enough to escape death one more time?

Hang on for a desperate race for survival in the far reaches of deep space—get your copy of Jumper's Hope today!

__________
Jumper's Hope is a complete story. It can be enjoyed without having read the series, but your experience will be enhanced if you've read the previous books.

SERIES NOTE: Book 1 is Overload Flux, a standalone story that introduces Luka Foxe and Mairwen Morganthur, and the Central Galactic Concordance universe. Book 2, Minder Rising, introduces Lièrén Sòng and Imara Sesay, and the ubiquitous Citizen Protection Service. Book 2.5, Zero Flux, is a novella with another adventure for Luka and Mairwen from Overload Flux. Book 3, Pico's Crush, stars Jerzi Adams, of Overload Flux, and includes cameo appearances by Luka and Mairwen, and Lièrén Sòng. Each book is a complete story, but your experience will be enhanced if you read the series in order.

Read the first chapter of JUMPER'S HOPE for free 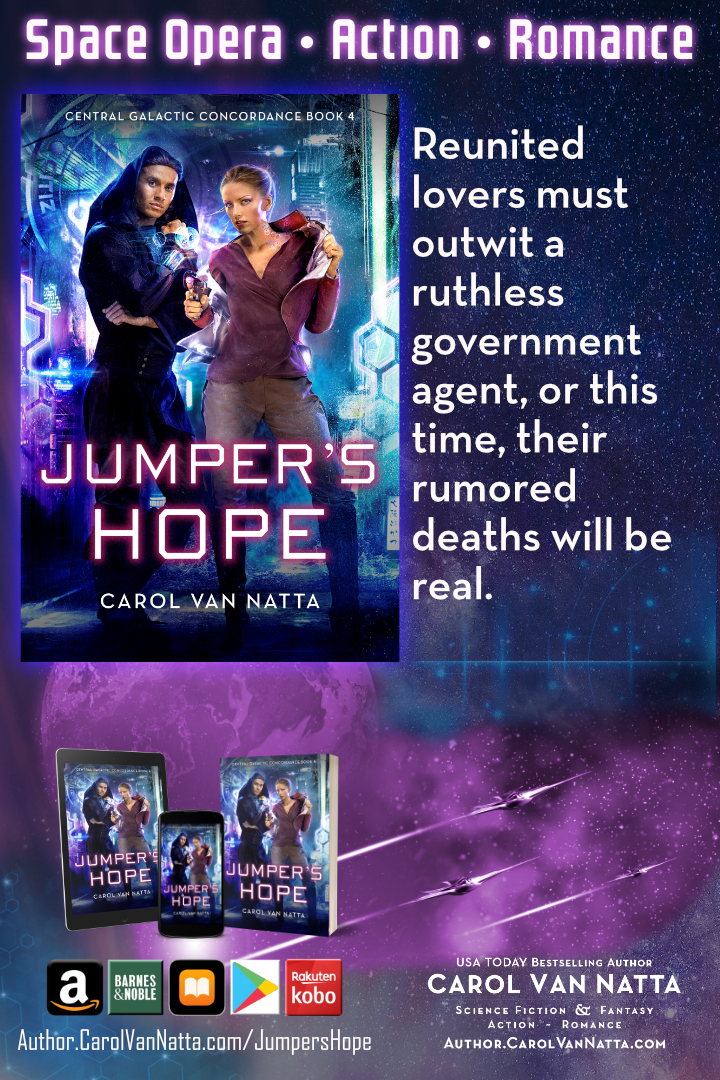