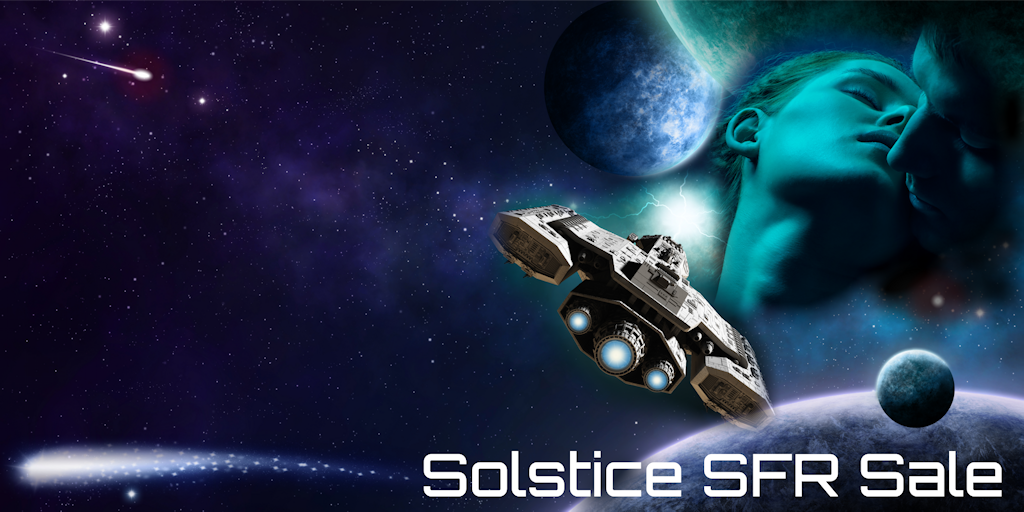 The solstice brings an out-of-this-world sale in science fiction romance — seven great books for $0.99 or FREE! Stock up your e-reader for the season.
THESE ARE LIMITED-TIME OFFERS, SO SNAP THEM UP WHILE YOU CAN.
Sale may not be valid in all countries.

Science fiction, action, and romance. Someone is stealing the vaccine for a galaxy-wide pandemic. Forensic investigator Luka Foxe has a hidden mental talent that’s out of control, and Security specialist Mairwen Morganthur has hidden skills and enough secrets to drag a ship from orbit. To solve the case, they must follow a convoluted trail with corrupt pharma corporations, murderous mercenaries, sabotage, and deadly space battles. The body count is rising… their only hope for survival lies in trusting one another. Get your copy today and start the space opera ride of a lifetime!

Just lovers. That was the unspoken agreement between them but what they shared wasn’t enough for him anymore. Commander Jaxon Brom wages a war for the heart of the woman he loves. It may prove to be his toughest battle ever but one he doesn’t plan to lose.
Cellimina Manx is a guard for the royal Queen of Zephyl. Her heart belongs to one man but her past keeps her from reaching for what she wants. When a sudden attack throws her closer to her lover, Cellie must decide if risking it all is worth it.
Once Cellie and Jax put the fear behind them, they’ll discover a love like no other. 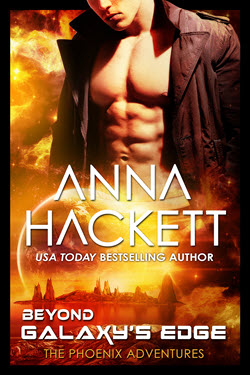 Ambitious Patrol Captain Nissa Sander has spent three years at the galaxy’s edge keeping the law and order, and chasing scoundrel smuggler, Justyn Phoenix. But the charming rogue has always outwitted her and she’s had a hard time ignoring his hard body and handsome face. But when one of the galaxy’s most important documents—the US Constitution—is stolen, Nissa finds herself working with the very man she’s been trying to throw in her brig. 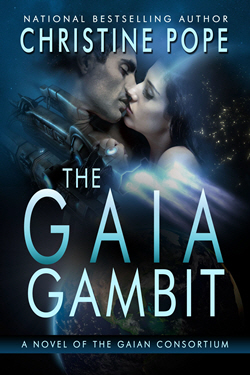 When Captain Lira Jannholm finds herself disgraced and discharged from duty through no fault of her own, she joins forces with Rast sen Drenthan, an alien starship captain, to discover the truth behind her reversal of fortune. Running from rapidly multiplying enemies, Rast and Lira discover they are pawns in a conspiracy that reaches into the highest levels of both their governments. The secret they uncover could change the balance of power in the galaxy forever…not to mention destroy their own future together. 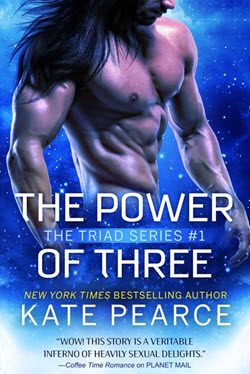 Soreya Lang has never met a male telepath before, let alone one who is willing to die for her on an interplanetary mission gone wrong. Risking everything, she acts on her instant telepathic and physical connection with Esca and encounters a level of psychic power she never knew existed.
Esca can’t believe he’s finally met the female who will complete his sexual and telepathic triad. He promises himself that if they survive, he’ll take her back home, introduce her to his enigmatic First Male, Ash and pray that biology will do the rest.
But nothing is ever that simple, and Soreya, Esca and Ash will have to find their own way through the ties of family and traditions to experience the full telepathic wonder of the power of three… 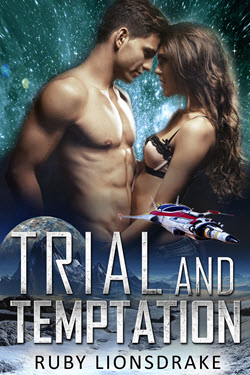 After ten years of flying freighter ships from planet to planet, Val Calendula never thought she would apply for a job in a mercenary outfit. Nor did she think that job would be contingent on getting the approval of Commander Gregor Thatcher, her former brilliant but arrogant flight instructor. Val isn't sure how he came to be a mercenary, but it was probably to make her life miserable. Little does she know that it’s awkwardness rather than arrogance that makes him aloof, and he's been harboring feelings for her for all of these years. 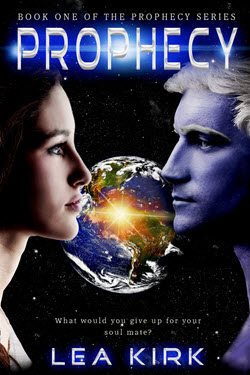 A nightmare of galactic proportions…
One normal day turns into horror when Earth is attacked. Now ER nurse Alexandra Bock is imprisoned aboard an alien slave ship with no way out. She deems all aliens untrustworthy, including the handsome blue-skinned Matiran captain who shares her cell.
A betrayal from within…
One night of treachery leaves Senior Captain Gryf Helyg a prisoner of his enemies. Because of him, Earth’s inhabitants face extinction and his home world is threatened. But his plans for escape are complicated by his inexplicable draw to the Earth woman imprisoned with him.
A chance to save both their peoples…
One ancient prophecy holds the key to free Alexandra and Gryf’s war-ravaged worlds. Can two wounded souls who have lost everything learn to trust and forgive in order to fulfill the prophecy, and find a love that will last for eternity?