The Age of Megafauna 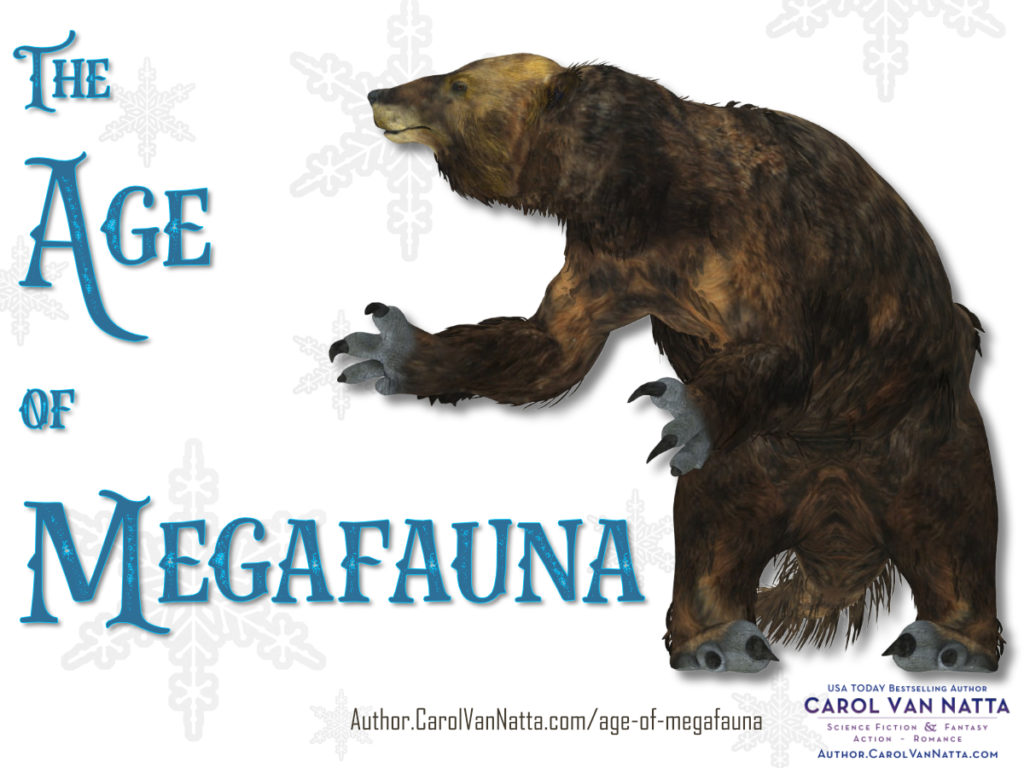 The concept for my Ice Age Shifters® paranormal romance series arose from my hobby of reading science articles. “What if,” I said to my muse, “some shifters were born as throwbacks to the earlier, larger versions of species?” My muse liked the idea, and the series was born. And lucky me, that meant I got to research more animals in the prehistoric age of megafauna.

Thanks to intrepid paleontologists, we have the most information on the more recent extinct species, such as dire wolves, giant sloths, and bears. This is in part because we've found their bones in tar pits and deep caves, also known as “predator traps.” However, in some cases, we have more information because the last of the megafauna were still around to interact with humans. For example, European paleolithic cave paintings suggest humans knew and respected cave lions, the bigger, badder ancestor of today's African lions.

And when it comes to woolly mammoths, we have stronger evidence. Artifacts from early human settlements include tools and carvings of the bones and tusks from woolly mammoths. Of course, humans could have been finding the remains of long-dead animals, but it's a pretty good bet that humans also hunted a few live ones, too.

Thanks to diligent and patient paleontologists, we have fossil evidence of fascinating creatures from the age of megafauna. However, since “megafauna” means “really big animals,” I'd like to see these creatures from a safe distance. 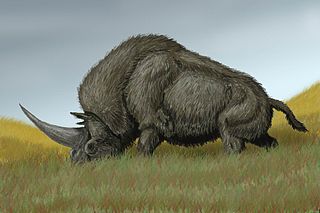 The Age of Grumpy Unicorns

The “giant Siberian unicorn,” otherwise known as Elasmotherium, a giant rhinoceros, flourished during the Ice Age and walked alongside humans. The best known species stood around 7 feet (2 m) tall, were 15 feet (4.5 m) long, and weighed about 8,800 pounds (4 metric tons). However, its signature feature was its amazing horn. Since Elasmotheriums were herbivores, the horn's purpose is still up for hot debate among scientists. But considering how grumpy modern-day rhinos are, I certainly wouldn't want to be chased by a prehistoric one the size of a double-decker bus.

The Ice Age didn't skip South America. In Shifter Mate Magic, book 1 of the Ice Age Shifters series, the hero, is a bear shifter. Not just any old bear, but an Arctotherium, the largest bear species we've ever found anywhere in the fossil record. Additionally, Dauro, the hero of Shifter's Storm, is an aquatic sloth, another extinct megafauna in South America's age of ice.

South America was also home to a curious, horse-sized creature with the scientific name of Macrauchenia patachonica. Charles Darwin collected a partial skeleton in Patagonia and guessed it was a mastodon. Later examination proved it wasn't big enough for a mastodon, and that it was, well, odd. It had a long, camel-like neck, but with three-toed feet, and possibly, a fleshy snout. Despite plenty of skeletons available, its origin and place in the mammalian clades remained a mystery for 200 years until paleontologists tested the DNA. Turns out, the Macrauchenia is pretty much its own genus, having separated from horses and rhinos some 66 million years ago. 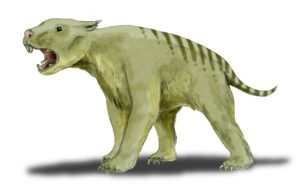 Just because Australia didn't get covered in snow and ice during the last global Ice Age didn't mean the continent didn't have their fair share of megafauna. For example, Thylacoleonidae, the scientific family name for marsupial lions. Paleontologists recently identified a new genus. I should point out that “big” is relative. While marsupial lions had impressively deadly teeth able to easily bite through bone, the largest of them were about the size of a small tiger today. Cave drawings suggest humans met these creatures up close and personal. No thanks; I'll watch from way back here.

I don't know enough about Australia's prehistoric animals and want to learn more. I'd like to put at least one in an upcoming Ice Age Shifters book. Clearly, that means I must go on an educational visit that completely coincidentally includes the towns where my Aussie friends live. 😸 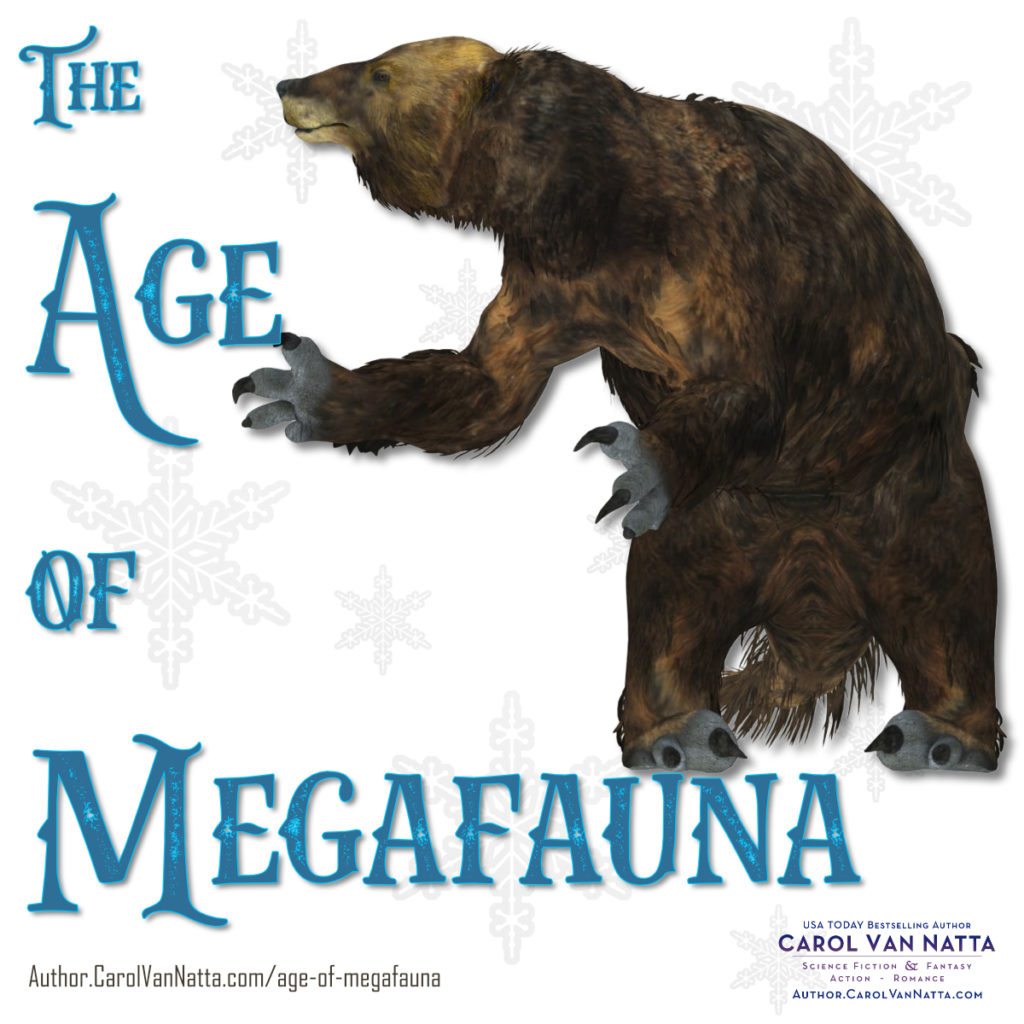