This is one of an occasional series on my pet peeves about romance. If you're not in the mood for a long rant, please go look the hilarious cat videos on YouTube.

Dubious Consent in Romance Has Got to Go

I love to read, and I read a lot. I almost always finish the book, even if, despite the great cover and promising blurb, I find I don't care for it. It's usually a brief element that I can skip past, such as an unexpected BDSM sex scene, or gratuitous violence, or an extended/repetitive description that doesn't further the plot. However, several of them in the first chapter, along with a heavy dose of dubious consent, grinds me to a screeching halt. I'll  angrily stab the “remove from device” link, growling the whole time. Not as satisfying as throwing the book across the room (making it a “wallbanger”), but e-readers are expensive. It is just that sort of book that prompted this post. 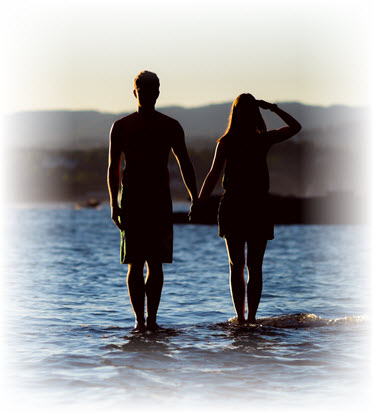 Paranormal Romance is a Haven for Dubious Consent

In addition to reading science fiction romance, I read a fair number of paranormal romances (PNRs) with shape-shifters, vampires, gargoyles, demons, etc., and they share an all-too common flaw: dubious consent. The magic creature (werewolf, vampire, etc.), usually male, meets someone, who turns out to be his fated mate (or true mate, or The One, etc.), and feels entitled to do whatever it takes to get his love interest  to accept fate and love him forever.

Sidebar: For those of you who don't read the genre, the “fated mate” is usually a magical or biological response to a person who they can love and have that love returned. The significance of this runs the gamut, from there being only one, special person for which the magic creature has waited decades, centuries, or even millennia to meet, to just a handy indicator that the new person is biologically compatible enough to produce offspring, not poison one another, etc. Similarly, mating can mean an intertwining of souls and binding together until death, or it can just mean wicked good sex.

So where does the dubious consent part come in? In far too many cases, the male magic creature knows what's happening — his hormones are taking him for an E-ticket ride and his family lore tells him why — but the object of his sudden, overwhelming obsession doesn't. The poor love interest, who is usually human (or thinks so) and is often equally overwhelmed by desire, because magic and shut up, can't imagine why the smokin'-hot, sexy man has cornered them, and why their own body is inexplicably singing the Hallelujah Chorus. We're supposed to envy the love interest, because who wouldn't want some hot man pursuing them, and commiserate with the hero, who wasn't expecting his fated mate to drop in his lap. Does the hero tell his love interest what's going on? No, he does not, because that's how the lazy author creates cheap tension (“I kissed a what?”) and cheap relationship building all in one package.  It's the rapey hero, gone underground.

So, in the book that set me off (no, I'm not going to tell you the title or author, because this is about dubious consent in general, not just this egregious example of it), we have:

The point of view was mostly evenly split, and the male's thoughts were all “oh, lucky me, a strong talent at last, who will happily take everything I can dish out once I tell her who I am and what I want, I'll train and discipline her for her own good,” and the female's thoughts were mostly “must hide, but he's so handsome, oh god the pain, I'm scared of men, I've never felt like this before, it must be love.” Now maybe I should have read more, to find out if she ever gained any sense at all, but by then, I was so riled that the story could only have been redeemed if the heroine, after realizing the hero had lied to her, drugged her, date-raped her, permanently scarred her, and kidnapped her, spent the next few chapters bashing his head in, tying his naked and artfully bloodied body to the hood of his space shuttle, and going on a long joy ride through the upper atmosphere.

Oh, did I forget to mention this wallbanger book was billed as “science fiction romance”? That's probably another reason why it pushed my rant buttons. I've regretfully come to expect that kind of dubious consent stuff from PNR authors, but not so much from SFR (not counting the erotica dressed up in SF spacesuits). My favorite, feisty little SFR genre isn't entirely blameless, because there are far too many alien males (albeit hunky, well-meaning, and well-endowed) who, having to few females of their own species owing to some calamity, take to kidnapping random (but spunky!) human females for breeding purposes. Oh, and SFR has way too many slave auctions. I'll also admit some PNR authors do consider the implications of fated mates, such as, what if you don't like your fated mate, even while your body is having a blue-light special on sex hormones? What if your fated mate, knowing nothing of his/her status as the one person “meant for you,” is already happily married  to a normal human and has kids? What if he or she is eleven years old, or eighty-nine?

Other examples of dubious consent:

You'd think that here in the modern world of the 21st Century, we'd understand the notion of informed consent, and that it's a prerequisite for non-forced or non-coerced sex. Sadly, no. A slave is not the owner's “mistress“; that word implies equal standing and a mutual agreement for behavior. Being drunk at a bar is not the same as saying “yes, please gang-bang me.” Wearing a skirt is not saying you want someone groping your privates.

Does dubious consent happen in real life? Unfortunately, yes. Here's the thing: It's wrong. Evil. Bad. Anti-social. Predatory. People deservedly get punished and go to jail for it. But in a paranormal romance (or the SFR wallbanger example), it's treated as excusable, forgivable, normal, or even laudable behavior.

Make a pledge starting today that the next time you have your main character blitz-attack the love interest because of fate, you'll erase that section and start over, because no one deserves that fate, least of all your readers. Give us readers a reason to want the main character redeemed for his/her arrogance, or your book will be our next wallbanger. I don't write reviews, because as an author, too, I can't be objective about someone else's work, but other readers won't be so circumspect. If your main characters stumble, make mistakes, or realize they must change or they'll lose everything, that's what makes a story. If your main characters respect each other enough to tell the truth, treat each other fairly, and to look out for for each other, then we'll not only love your book, we'll recommend it to our friends.

I believe that romances are subversive, and have the power to change the world, one book at a time. Let's agree to change the world for men and women everywhere: You write the books in which there is no dubious consent, or it's a very bad thing, and we readers will snap them up. Deal?

Your friend and hopefully loyal reader,