The Evolution of Space Opera

I still get questions from time to time about what space opera is, and whether it involves singing*. This is my take on it, and a brief discussion of the evolution of space opera.

Science fiction, romance, and mystery all are big enough genres in terms of writers and readers to have multiple subgenres. Judging from Amazon categories, romance has the most—historical, futuristic, contemporary, paranormal, futuristic, just to name a few.  Mysteries can be cozy, hard-boiled, thrillers, or suspense. Science fiction (often lumped with fantasy, but it shouldn’t be) has adventure, military, first contact, dystopian, and my favorite, space opera.

Soap Opera, But in Space 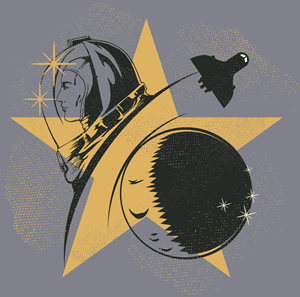 The genre name “space opera” was originally coined in the 1940s as an insult. An SF author and fan adored science fiction with serious, thought-provoking themes about exploration, humanity, instinct vs. intelligence, and transcendence. He detested stories that seemed like angsty human dramas set in space, with adventures, plot twists, humor, mysteries, and relationships.

I suspect by “relationships,” he meant romance. Every female science fiction author I know who happens to have included a romance in their science fiction story has gotten at least one review complaining about how she got icky romance in the reviewer’s precious science fiction. I'll bet dollars to donuts that male SF authors with similar subplots don’t get that complaint, but that’s a subject for another day. 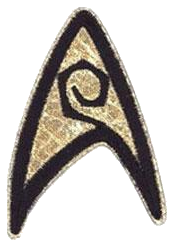 Space opera might have evolved differently, had it not been for Star Trek. The TV show’s bridge crew had real, relatable, sometimes flawed characters. They didn’t always get along, but they went to extraordinary lengths to support each other. The series tackled thorny current issues and sometimes found no right answers. They hired some of the best SF authors of the day and set them loose.

The result was legions of die-hard fans who organized to keep the show alive and bring it back, despite the internet not even being invented yet. When they looked for books to read, they gravitated toward fast-paced, character-driven plots and approachable story lines. Authors were happy to oblige.

Please don’t get me wrong. While I may find military SF’s focus on ship specs and battle tactics to be uninspiring, I firmly support the right of authors to write them and fans to read them. I will equally support fans of plot-driven stories that tackle big ideas, and cautionary, dystopian stories, and first contact stories that challenge our humanity in unexpected ways, and … you get my drift. Readers should be able to read what they want to read. 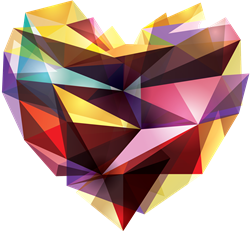 The best of science fiction romance is where the story would fall apart without both the science and the romance. SFR tackles intriguing questions, but especially about love, romance, and sex. It also also leads the way for exploring the gender continuum beyond the traditional, binary model, considering sexual variances (ace, aro, poly, pan, etc.), and the imaginative possibilities for love.

Space opera can do this, too, but in a more abbreviated style, in between the interstellar race to colonize a new frontier planet, while discovering relics of an ancient race, and trying to avoid starting a galactic war. {Plot bunny, anyone? }

I Write Space Opera… With Romance

My Central Galactic Concordance series wanders back and forth between space opera and science fiction romance. Two of my novellas, Pet Trade, and the upcoming Cats of War have stronger romances. However, I deliberately include romances in all the stories. The big damn story arc in this series involves revolution. It's a dangerous, dirty business, so I wanted the justice and the hope that romance offers to temper that.

*The only singing is from me. While I have sung an opera aria two, my voice is more suited to musical theatre and jazz standards.