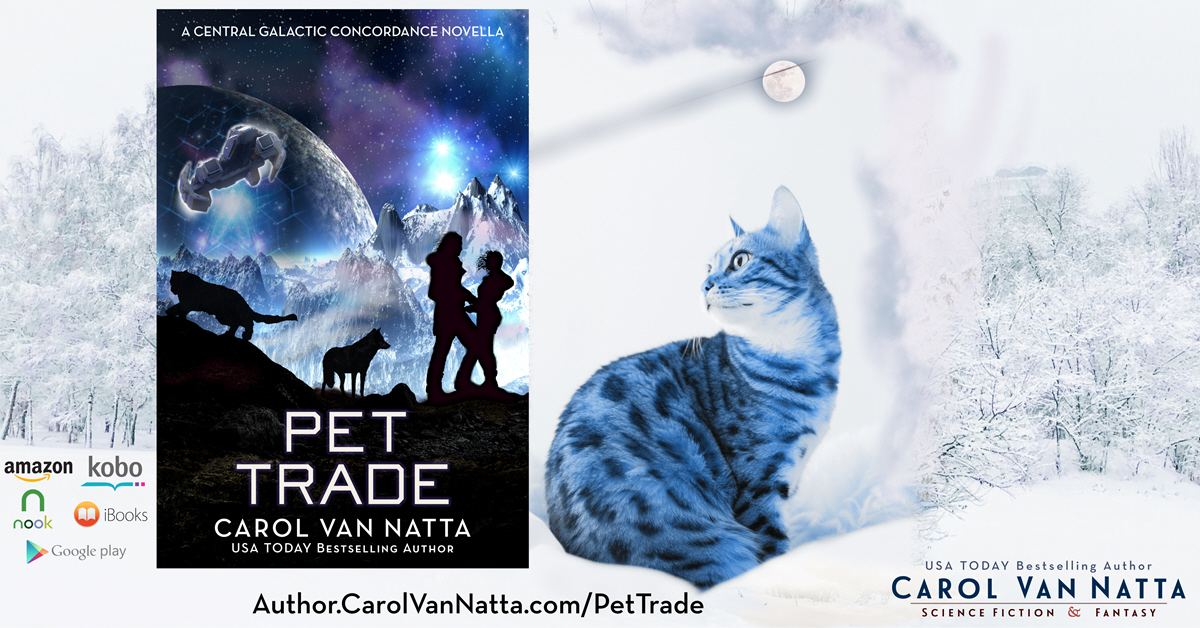 In my Central Galactic Concordance space opera universe, society at large has very few holidays. Traditions became fragmented as humans explored the galaxy and found new planets to terraform and settle. Timing became an insurmountable problem. For one thing, 00:00 hours on 1 January on one planet could be 09:43 on 8 May on another. For another, planets have length variations of days or years, so it's an event-planner's nightmare. Fortunately, all planets have two solstices per year. These have become the universal holidays on distant planets across the galaxy.

Gifts for the Holidays on a Distant Planet

In my story Pet Trade, Axur, a cyborg, and Bethnee, a veterinary medic, live in the northern latitude of a new frontier planet. Even by galactic standards, it's far off the beaten path. They each have their reasons for living so far from the new cities to the south, but they embrace the tradition of exchanging holiday gifts. Resources are scarce and financial transactions are taxed. Northern settlers have learned to be creative.

Bethnee levered herself up onto the crutches and made her way to the fresher, where they’d put her overnight bag to keep it safe from critters. When she returned, she put a package in front of him. “Happy Solstice Day.” She triggered her mealpack’s heater.

Axur blinked in surprise, darting his glance between her and the package. His smile grew as he untied the twine and opened it. “Real coffee!” He held the cloth bag to his nose and took in the scent appreciatively. He held up the other gift. “What’s on the longwire?”

“Common and relic language courses.” She pulled out the utensils from her mealpack. “You said you don’t have anyone to practice with. I only know Standard English and one city’s street slang, and Nuñez has mostly forgotten her family’s Tagalog, so I traded for the courses whenever I treated pets. You can help me expand my horizons. I need more swear words.”

He smiled as he put the longwire in his shirt pocket and patted it. “Thank you.”

Seeing how much the simple gifts pleased him, she vowed to give him as many as she could before he left for wider, warmer pastures. She must still be farked by the chems, because the thought made her want to hug him tight and cry on his broad shoulder.

He triggered the heater on his mealpack. “I have presents for you and Nuñez, too.” Something on his cart beeped, and he grinned. “Excuse me a minute.”

Axur returned with a small percomp strapped to his cybernetic wrist, and removed a disgruntled cat from his chair so he could sit. Beta promptly jumped into Bethnee’s lap and settled.

Pet Trade On Sale for the Holidays

In celebration of this planet's winter solstice, Pet Trade is on sale for 99¢ through 24 December 2019. Happy holidays to my readers and friends across the galaxy.

The vast Central Galactic Concordance strictly prohibits genetic experimentation and alteration of humans on any of its 500 member planets. Animals aren’t so lucky.

“Volunteered” for a black-box research project, elite forces Jumper Axur Tragon now has dangerous experimental tech in his cybernetic limbs. He escaped and crash-landed a stolen freighter in the northern mountains of a frontier planet, only to discover a secret shipment of designer pets was part of the cargo. Determined to do right by them, he enlists reluctant Bethnee’s aid in caring for them—a definite challenge, considering Bethnee is terrified of him.

It's a deadly adventure—with pets—in the fringes of space. Grab your copy of Pet Trade today! 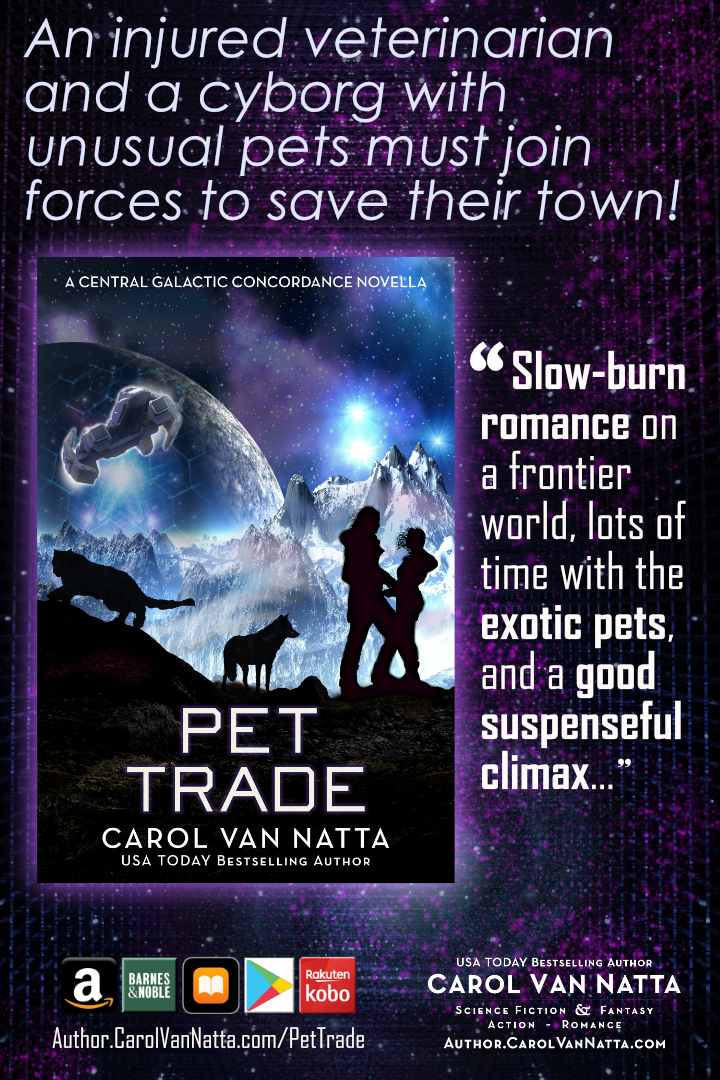