Lions, Tigers, and Cybernetic Snow Leopards in Embrace the Romance: Pets in Space 2 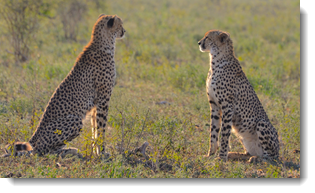 I have cats. More accurately, I'm owned by cats who find me useful because I have opposable thumbs and know how to open doors and work the can opener. I've always thought it would be fabulous to legitimately have one of the big cats for a pet, but that's fraught with difficulties, not the least of which is the ethics. They're wild animals, not pets, and would be miserable, regardless of how well I cared for them.

In “Pet Trade,” my novella in the Embrace the Romance: Pets in Space 2 anthology, I took the opportunity to explore a hidden facet of the civilization in my Central Galactic Concordance space opera-action-romance series. Whereas CGC has strict laws and harsh penalties against tinkering with human genetics and DNA, animals aren't so lucky. Even reputable pet trade researchers, genetic designers, bio-engineers, and dealers put profit over compassion. Shadier, cut-throat companies operate in hidden facilities and smuggle their wares past customs inspectors. Think of the worst of pet traders as a cross between negligent backyard breeders and the ruthless smugglers who sell endangered wild animals to wealthy collectors.

In the CGC, foundation and cornerstone animal species are protected by laws and enforcement. Ordinary companion and domesticated animals—cats, dogs, foxes, birds, cattle, sheep, buffalo, etc.—are protected against pet-trade intellectual property claims. The real money in the pet trade industry is in recreations of extinct species, genetically engineered creatures from imagination and mythology, and enhanced versions of domestic animals. The pet trade likes to take credit as the saviors of endangered species, but the truth is murkier. For example, snow leopards, a protected foundation species, were extinct long before the first successful interstellar flight. So-called “natural” snow leopards on any settled planet in the Concordance trace their lineage to a genetic line recreated in the lab. 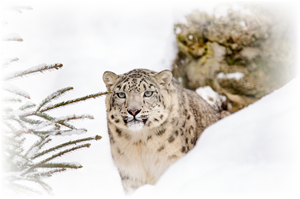 This is the backdrop for “Pet Trade,” where Bethnee Bakonin, a veterinarian who escaped the worst of the industry, must confront her dark past if she's to help Axur Tragon, an ex-elite forces Jumper with cybernetic limbs and secrets of his own, fend off greedy mercenaries who are raiding the town. Of course, it wouldn't be a Pets in Space story without pets. Bethnee, with a high-level mental talent that allows her to connect with and heal mammals and birds, loves all her companions, but her snow leopard, Jynx, holds a special place in her heart. Jynx has a cybernetic front leg, making her a magnet for thieves who recognize her worth to the right researchers. When Jynx gets injured, Bethnee asks Axur, with his training in cybernetic repair, to help fix the problem.

Axur would bet hard credit that he and Bethnee were the only two people in the galaxy who had ever seen a cybernetic snow leopard and a formidable dire wolf play tag in the deep snow.

Bethnee laughed when Jynx made an astonishing six-meter leap onto a boulder to avoid Serena’s lunge. He snuck a glance at Bethnee, enjoying her happiness. “Are you helping them get along?” He tapped his temple, to indicate her enviable minder talent.

“A little. Mostly Jynx, because this isn’t her territory.”

He checked his internal chrono. “We better start collecting your gear. I’ll send Trouble out to keep an eye on these two.” Axur had yet to be able to crack the encryption on the e-dog’s command processor that Bethnee had told him about, but he kept trying.

Inside, he found Bethnee leaning against the kitchen counter, holding her small veterinary surgical suite . “I’d like to try removing your tracers.”

He blinked in surprise. “Now? Are you sure?”

“Hell, no, but it’ll be worse if I give myself time to think about it.” She searched his face. “Unless you don’t trust me?”