Stephanie J. Pajonas is a science fiction author and Facebook friend, part of the estimable SFR Brigade. She recently posed this question:

“Would it be possible for a [habitable] world to have a large moon that traveled slowly enough around it that it caused long solar eclipses?” 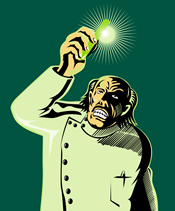 Now me, I have a broad but extremely shallow grasp of astrophysics, but I have the good fortune to live with a mad scientist polymath, who is patiently willing to seriously entertain any number of mad notions by wayward science fiction authors. Here is his answer, paraphrased by me.

For the TL;DR crowd, the short answer is: Not likely, but not impossible, under certain conditions. Read below to find out why.

As a side note, there's a rare event happening on Friday, 20 March, if you're in the U.K.  You'll see a solar eclipse, a supermoon, and the spring equinox. See this nice article for details and an explanation of each.

And as another side note, NASA has a whole little area of their website devoted to eclipses.

First, some basics, using napkin math approximations. Using our own planet, moon, and sun, eclipses comes down to sizes (diameters), distances, and angles.

Next, we need the angular diameter of the moon and sun. That requires trigonometry, which we'll skip the details of, and get the answer: The moon, as we see it in the sky, is just under 0.5 degrees, and the sun is just a little over 0.5 degrees.

During a total eclipse, where the moon is a black circle with a bright ring of fire (the sun) behind it. The moon's apparent motion through the sky relative to the sun is about a half degree per hour, so an eclipse lasts about two hours, from leading edge to last contact. Totality, where the moon fully occults (blocks) the sun, is good for maybe 8 minutes.

We could also consider lunar eclipses, where the Earth blocks the sun, but since the moon isn't habitable unless you bring your own enclosed ecosystem, we'll skip those for now, even though they're probably lovely.

Bigger Moon! (No, not the one displayed when you drop your pants)

So, what if our moon were bigger and slower? Kepler's laws state that the closer an object is to a planet, the faster its orbital period. Tiny, close satellites we launch can complete an orbit in 90 minutes; the moon takes 28-29 days. If you wanted a really long eclipse, the moon would be have to be farther away, but then its apparent diameter would be much smaller, and wouldn't block the sun. If the moon were larger, it would just block the sun altogether, and we'd have, well, nighttime. To get  a real eclipse, with a bigger moon, the sun would have to be bigger, too, but life on Earth would require us to fireproof, well, everything.

So, no long solar eclipses using the Earth, moon, and sun we know and love.

Fun with Total Eclipses of the Third and Fourth Kind

Imagine two similar-sized planets in orbit around each other, with a barycenter, a common central cooordinate. Now take this spinning pair and put them in orbit arond a star. Each planet would present fairly large angular diameters to each other, and solar eclipses would be a lot more common (they’d each be taking turns eclipsing the parent star).

Another possibility for getting a long eclipse is if your planet is an Earth-sized moon in orbit around a Really Big Planet, rather like the planet-moon Pandora orbiting a gas giant in the film Avatar. At the right distances, the big planet eclipsing the moon-planet would quite satisfyingly long. And if there were other moon-planets in orbit around the big one you could get one moon casting a solar eclipse on a neighboring moon. It’d be rare, but cool to think about.

Final note: If you have any questions you'd like to ask a mad scientist, send them to me, and I'll post the question and answer here.