Spotlight on Last Ship Off Polaris-G 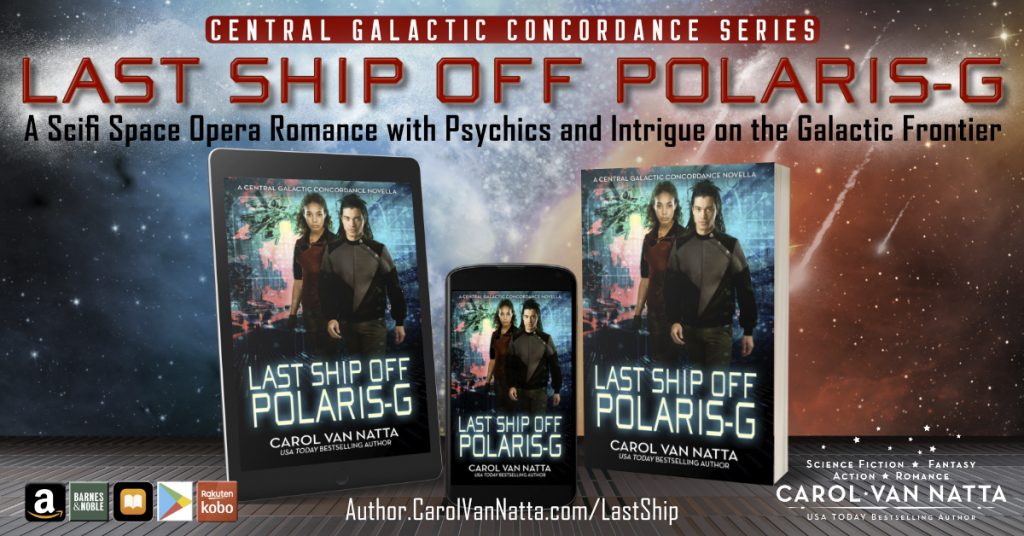 🎉 I'm so thrilled with the shiny new cover for Last Ship Off Polaris-G (scroll down to see it!) that I'm shining a spotlight on this story and its origins.

Why? Because all my story ideas start with characters, and the plot flows from there.

Characters Tell Me Their Troubles

The CGC series will likely be ten novels long, plus various novellas I write along the way. They all start with characters, too, but they're also involved in in the big damn story arc that's going on. This is why some of the characters appear in multiple books.

For example, Jerzi Adams is a supporting player in Overload Flux, and later becomes a main character in Pico's Crush. Villain Jane Pennington-Smythe appears briefly in Minder Rising and Jumper's Hope, but moves into the spotlight in the upcoming Spark Transform. Similarly, Captain Ivar Okeanos, who makes a cameo appearance in Overload Flux, becomes a pivotal character in the series novel after Spark Transform.

When I created Ivar, he told me about an incident in his past that set him on the path toward his destiny. (I'm a crazy author-person, so yes, my characters talk to me.) When I was supposed to be working on the next book, my muse instead introduced me to the other characters involved in the incident. They told me about it from their perspective. Clearly, I needed to write this story!

In addition to Ivar, Last Ship Off Polaris-G introduces important elements for the series. For example, the concept of minders—people with extraordinary mental talents—and their place in society. Also, that the Central Galactic Concordance government, with its 500+ member planets, has touchy relationships with frontier planets that haven't yet joined. And finally, one of the key players of the series, the Citizen Protection Service. It's a sprawling agency with a ubiquitous presence, several conflicting missions, and many undisclosed interests.

🎉 If you haven't read Last Ship yet, now's your chance. Here's a 30% discount coupon for buying the book directly from me.
Coupon code expires 30 June 2020. 🎉

Get LAST SHIP OFF POLARIS-G 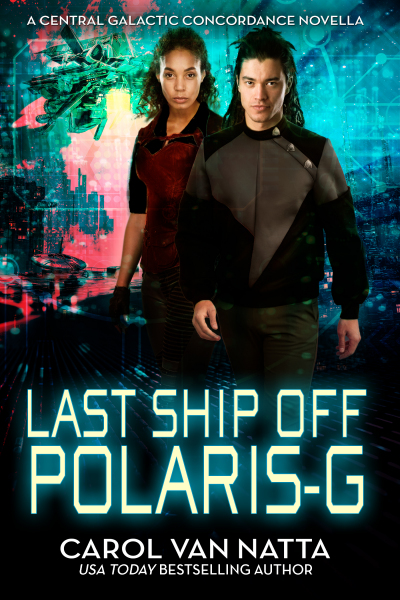 When 4,000 colonists are stranded on a dying planet, two ex-lovers and an ancient freighter are their only hope for survival.

Independent trader Gavril Danilovich is trapped on Polaris-G, a frontier planet in the midst of an ecological disaster. The galactic military is blockading the system to contain the mysteriously virulent blight. The planetary government impounded his ship. Even worse, his uncontrolled mental talent for empathy means the colonists' fear and anger are threatening his sanity.

When government supply depot manager Anitra Helden finds a mothballed interstellar freighter in an abandoned repair dock, she hopes to use it carry supplies the colonists will need when they finally get to leave. Given the planet-wide turmoil, the only person she trusts to repair the ship is Gavril, her ex-lover.

Everything changes when they learn 4,000 colonists are stranded. Can Gavril and Anitra pull off the rescue, outmaneuver the military fleet, and win their second chance at love?

★ Buy Last Ship Off Polaris-G and escape with Gavril and Anitra today! ★

Get LAST SHIP OFF POLARIS-G

Available at regular price from these fine booksellers: 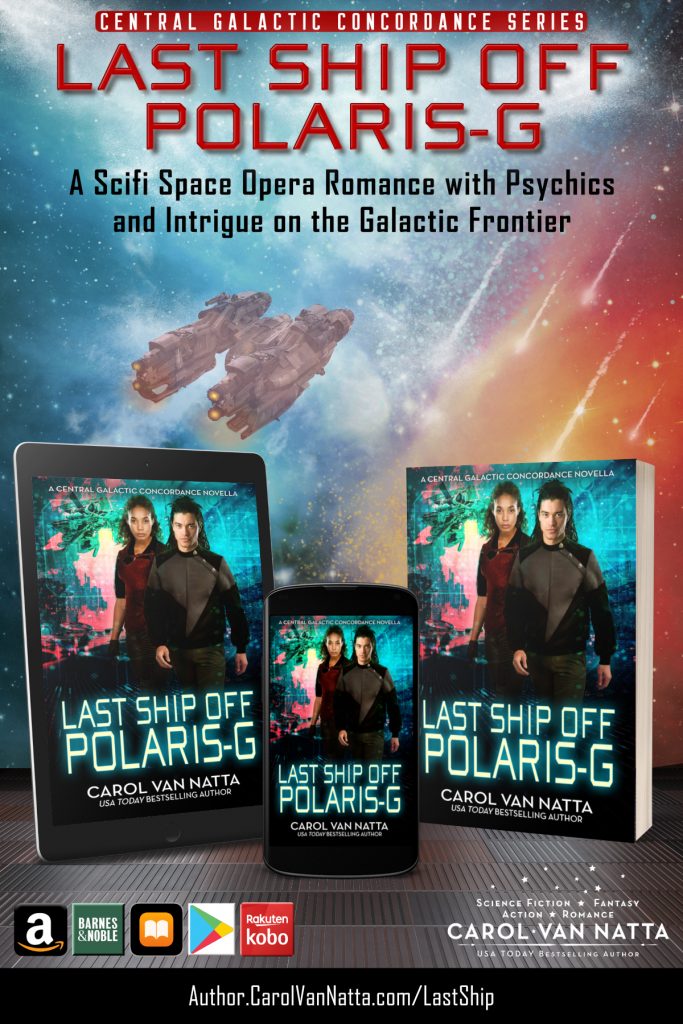