The Future of Pets in Embrace the Romance: Pets in Space 2 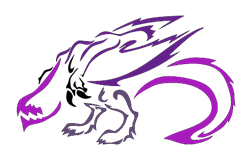 Humans love pets. We'll domesticate anything that will sit still long enough, provide a useful service or food source, or give us companionship. What if you could, for a price, have creatures from history, mythology, or fantasy, such as a Tasmanian tiger, a chimera, or a foo dog?

In “Pet Trade,” my novella in the Embrace the Romance: Pets in Space 2 anthology, I took the opportunity to explore a hidden facet of the civilization in my Central Galactic Concordance space opera-action-romance series. Whereas the CGC has strict laws and harsh penalties against tinkering with human genetics and DNA, animals aren't so lucky. Even reputable pet trade researchers, genetic designers, bio-engineers, and dealers put profit over compassion. Shadier, cut-throat companies operate in hidden facilities and smuggle their wares past customs inspectors. Think of the worst of pet traders as a cross between negligent backyard breeders and the ruthless smugglers who sell endangered wild animals to wealthy collectors.

In the CGC, foundation and cornerstone animal species are protected by laws and enforcement. Ordinary companion and domesticated animals—cats, dogs, foxes, birds, cattle, sheep, buffalo, etc.—are protected against pet-trade intellectual property claims. The real profit in the pet trade industry is in recreations of extinct species, genetically engineered creatures from imagination and mythology, and enhanced versions of domestic animals. The pet trade researchers and designers breed whatever they think will sell, and hope to create lucrative fads. Want a miniature dinosaur, or a small dragon? Wish you could have one of the Pleistocene megafauna for a pet? How about your very own foo dog, a miniature version of the large, lion-like guardians of Chinese temples? Or an animal dreamed up by a futuristic fantasy artist made to seem like an alien creature? 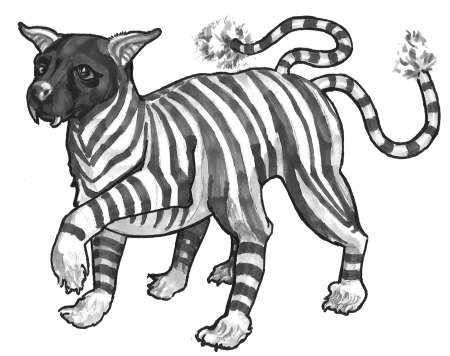 The Future of Pets: Kivo, the Chimera

This is the backdrop for “Pet Trade,” where Bethnee Bakonin, a veterinarian who escaped the worst of the industry, must confront her dark past if she's to help Axur Tragon, an ex-elite forces Jumper with cybernetic limbs and secrets of his own, fend off greedy mercenaries who are raiding the town. Of course, it wouldn't be a Pets in Space story without pets. One of Axur's pets is a chimera, a designer's fantasy with about the size of a German Shepherd, but the resemblance ends there. He has black and brown stripes in his short, sleek fur, six legs and two tails with tufts of fur on the ends. He is, as Axur puts it, “a prime example of what the anti-pet trade activists railed against: tinkering with Terran genetics to create whimsical life forms that would have never survived in the wild, much less natural selection.”

Here's a snippet from “Pet Trade,” where Bethnee examines Kivo for the first time.

Axur turned his attention back to Kivo. “Why did they create him at all?”

She shrugged. “Pretend alien fauna for the wealthy, maybe? It’s a fad.” She stroked the large hump of Kivo’s middle shoulder joints. “The bio-engineers actually got the six legs to work, but the rest of him is a fantasy hodgepodge.” She snorted disdainfully. “Two tails.” She rested her hip against the table and eased the weight off her stiffer leg.

“He follows me everywhere. He keeps the peace among the other animals, too.” He tilted his head. “Can animals be empaths? I think he tries to cheer me up sometimes.” It sounded daft after he said it out loud, so he was grateful she didn’t laugh.

“Maybe? Medical scientists still don’t know what combination of DNA and subtrans amino arrays make the difference between human minders and non-minders, or even the gender expression continuum. Who’s to say that animals aren’t evolving along with us?”