A Dire Wolf at the Door in Embrace the Romance: Pets in Space 2 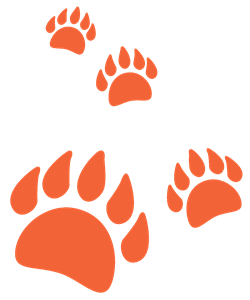 I've always been fascinated by paleontology, and love seeing artist's depictions of what long-extinct creatures might have looked like based on the sometimes sparse fossil record we've discovered. We know some dinosaurs were gargantuan, and some probably had feathers, but we can only look at today's animals to make educated (or wild) guesses about their very distant ancestors' musculature, capabilities, or even their color. For more recently extinct creatures, our guesses are likely more accurate. Prehistoric mastodons may have been about the size of modern elephants, but mastodons diverged from elephants about 25 million years ago. Thanks to lucky finds of permafrost-preserved skeletons, we have examples of preserved hair and a complete DNA sequence. What if we could re-create a Pleistocene animal, but make it compatible with today's much warmer environment?

In “Pet Trade,” my novella in the Embrace the Romance: Pets in Space 2 anthology, I took the opportunity to explore a hidden facet of the civilization in my Central Galactic Concordance space opera-action-romance series. Whereas CGC has strict laws and harsh penalties against tinkering with human genetics and DNA, animals aren't so lucky. Even reputable pet trade researchers, genetic designers, bio-engineers, and dealers put profit over compassion. Shadier, cut-throat companies operate in hidden facilities and smuggle their wares past customs inspectors. Think of the worst of pet traders as a cross between negligent backyard breeders and the ruthless smugglers who sell endangered wild animals to wealthy collectors.

In the CGC, foundation and cornerstone animal species are protected by laws and enforcement. Ordinary companion and domesticated animals—cats, dogs, foxes, birds, cattle, sheep, buffalo, etc.—are protected against pet-trade intellectual property claims. The juicy profit in the pet trade industry is in genetically engineered creatures from history, imagination, and mythology, and enhanced versions of domestic animals. The pet trade is happy to sell re-creations of extinct creatures, and make them useful or decorative. People looking for a status symbol might want a Tasmanian tiger, an extinct marsupial about the size of a retriever, or a miniature stegosaurus, complete with upright defensive plates along its back and clubbed tail. For security, how about a huge, densely muscled dire wolf, trained to protect humans?

Serena: A Dire Wolf at the Door 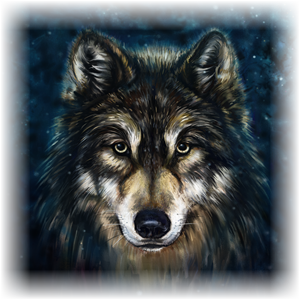 This setting is the backdrop for “Pet Trade,” where Bethnee Bakonin, a veterinarian who escaped the worst of the industry, must confront her dark past if she's to help Axur Tragon, an ex-elite forces Jumper with cybernetic limbs and secrets of his own, fend off greedy mercenaries who are raiding the town. Of course, it wouldn't be a Pets in Space story without pets. Bethnee and her fellow veterinarian Nuñez find themselves rescuing animals that have been abandoned or injured, or sometimes, from situations to which they aren't suited. Most veterinarians I know find themselves taking in pets, especially when the owner is overwhelmed by the stress or the cost, and they help find new homes for them, too. In this excerpt from “Pet Trade,” Nuñez explains how she came across a dire wolf.

Veterinarian Bethnee Bakonin limped toward the cage slowly. The huge dire wolf inside stood and eyed her with wary interest, but not fear or anger. The wolf’s bright blue, intelligent eyes contrasted beautifully against her thick coat of charcoal grey and black fur. Bethnee reached out with another thread of her talent to get a sense of the designer animal’s health. “Where did she come from?”

A capricious, chilly wind blew a dust devil into the center of the paddock, then let it go. Fall always arrived early in the foothills of the northernmost mountains on Del’Arche.

“A boutique alpaca ranch down south. New client.” Nuñez frowned and crossed her arms. “Idiots thought a top-of-the-line, protector-class dire wolf would make a great herd dog.” She made a disgusted sound. “They were going to shoot her because she wouldn’t let the herd out of the barn. I convinced them to sign her over to me.”

Bethnee eyed Nuñez. “How much did she cost?” Designer animals from reputable pet-trade dealers weren’t cheap. Recreating extinct mammals from Earth’s Pleistocene period was perennially popular , because it avoided the Central Galactic Concordance government’s multiple prohibitions against altering cornerstone species like wolves and coyotes. Bethnee had been saving her hard credits to buy her own flitter, instead of having to constantly borrow Nuñez’s, but the rescued dire wolf took priority.

Nuñez shook her head. “Zero. They bought her cheap with a flatlined ID chip, so she’s probably stolen. I told them I’d take care of the problem for free, and that it’d be our little secret.” Knowing Nuñez, she’d pushed them with her low-level empath talent, so they’d be afraid of getting caught, and happy to be rid of the evidence. Nuñez had no compunction against using her minder talent to manipulate humans who hurt animals, which was one of several reasons why she and Bethnee got along so well.