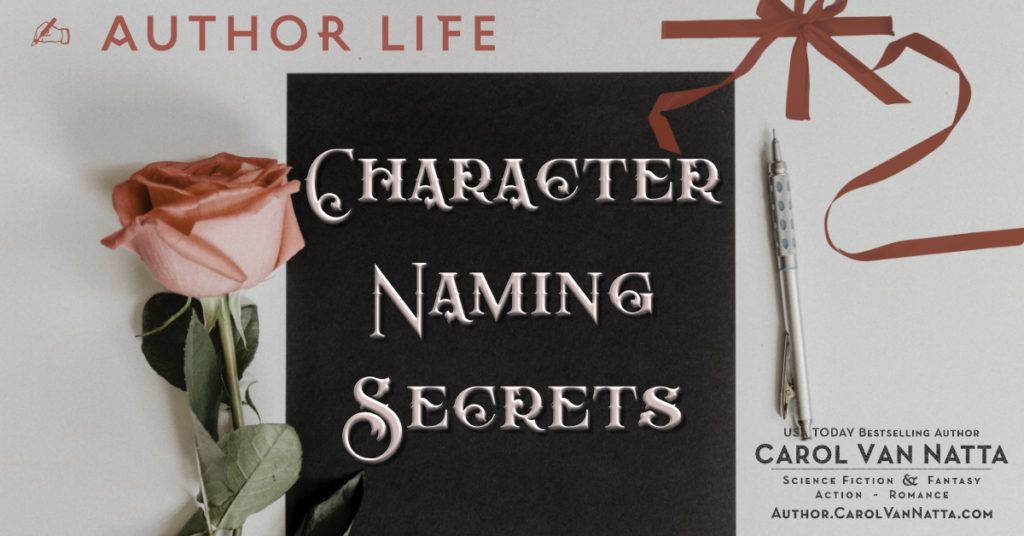 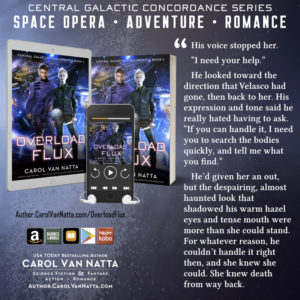 A reader recently asked if I have any character naming secrets, and where I came up with the name of Mairwen Morganthur, the heroine of Overload Flux. I'll tell you the same thing I told him, but first I must dispel the notion that there any secrets to naming characters.

Just as there are as many spaghetti-sauce recipes as there are cooks, authors have invented countless methods for naming characters. Therefore, what works for me would drive other authors mad, and visa-versa.

By Any Other Name

To begin with, all my story ideas start with characters and the trouble they can get into. Also, since I like justice and hopeful endings, the romance they can find. For the most part, however, those characters don't start out with names. Or at least, the names they end up with. More on that in a minute.

Next, we have to talk about the difference between my space opera universe and the worlds of my paranormal romance series.

The Central Galactic Concordance series is set in the far future, with faster-than-light travel and 500+ settled planets. Humans haven't found any other intelligent species to object, so whenever they find a suitable new planet, they terraform it, then colonize it. Sort of like when a cat rubs on everything in the house to declare ownership. 😸

However, the world of my Ice Age Shifters® paranormal romance series is set in contemporary time, with the magical world hidden just around the corner and out of sight. Magical folk and humans have a shared history, though not the same understanding of it. Some magical species can and do interact with the vastly more plentiful but oblivous humans.

What's In A Name?

Sometimes names just come to me, perfect as is, and sometimes I spend a lot of time on them and change them several times. In Overload Flux, Mairwen's original name was Morgan Skye, but it didn't capture her curious blend of lethal competence and social awkwardness that developed as I wrote the story. After several hours of research across several weeks, I finally came up with a mouthful of a last name I liked, but that meant her first name had to change. I tried out a few options before finally settling on Mairwen.

BTW, my favorite resources are the myriad online “name your baby” sites, keeping in mind they're unreliable as far as correct name derivations, plus smaller newspapers and newsletters that end up online, e.g., “Mrs. Seshulla Brown won a blue ribbon at the county fair…”

For my space opera series, I have more freedom to choose names that have little to do with current trends. Also, since in my future universe, cultural traditions have blended in interesting ways, I can use names from any language or just make them up. Lukasz Foxe, the hero of Overload Flux, is the son of an Icelandic mother and an Islander father. However, his first name is Polish and his last name is English. Unless the character is from a famous family, like Minder Rising‘s Lièren Sòng is, their name doesn't tell you much about their background. 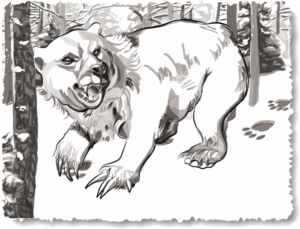 In the Ice Age Shifters series, I look for names that resonate with multicultural myths and legends, since part of the fun of this series is weaving those into my stories and giving them new life. I select names that make sense for that character, given their species and their history. For example, the secretive hero of Dire Wolf Wanted currently goes by a much shorter name than the original name is parents gave him centuries ago.

I've also assumed that magical folk who can pass for human have names that help them blend in with humans. Therefore, the bear-shifter hero of Shifter Mate Magic doesn't have a fantastic name like Urso Honey-breath Long-Claw, it's Trevor Hammond. Also, since shifters can live so long, they periodically have to move on and change their names. Otherwise, humans might notice they don't seem to age nearly as fast.

I will admit to a bit of secret literary smart-assery with the names of the main characters of book 2 in that series. The heroine's name is Moira, which means “destiny” in Gaelic, and the hero is a prehistoric lion shifter. The name of the book? Shift of Destiny. 😎 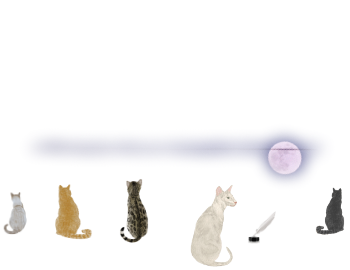