Journalism in the Far Future 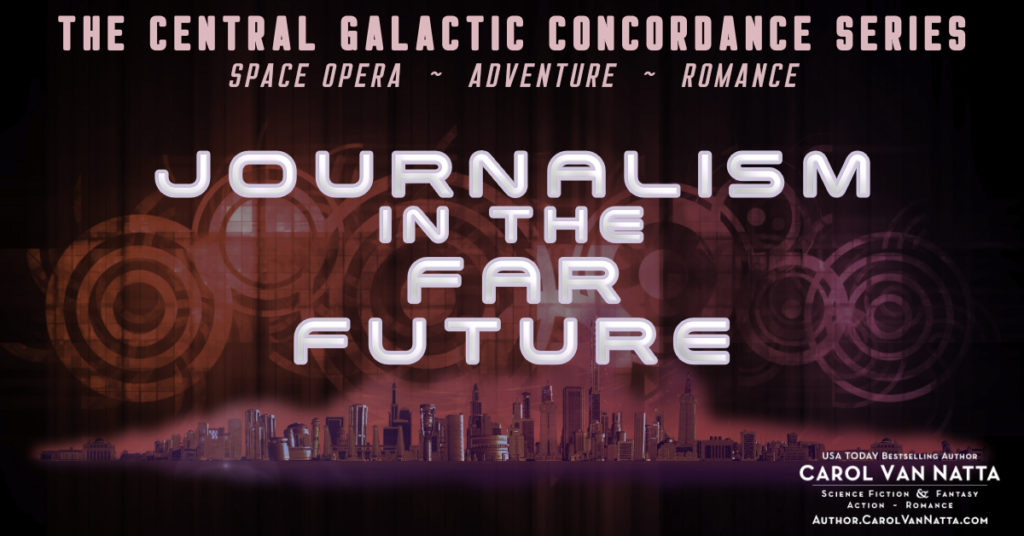 In my space opera series, a free and independent press is one of the founding principles of the Central Galactic Concordance. In the far future, journalism has developed new methods, tools, and outlets. But the fundamental purpose is the same: to shine a bright light on the truth.

The previous government before the CGC was the Central League. They destroyed non-government-owned media sources in their effort to maintain control. However, free journalism flourished on an alliance of breakaway planets, hastening the fall of the Central League.

Personally, I'm a big fan of the free press. As Pres. Thomas Jefferson wrote, “Liberty depends on the freedom of the press, and that cannot be limited without being lost.”

All Digital in the Far Future

In my future universe, the digital revolution is ancient, pre-flight history. This had to happen to make exploration and colonization succeed. Otherwise, you'd have no way to tell the folks back home about the excellent planet you just found, or the exact coordinates of a black hole's event horizon.

That's not to say people don't rely on printed instructions posted for how to use a toilet in null-gravity, or that people don't write notes. It's just that all official records, including words, images, video, and music, are electronic. Databases of the future are called hypercubes. They are huge, self-repairing, and redundant times a thousand. However, they're not perfect. After all, humans invented them and put data in them, so human mistakes get replicated. The heroine in Last Ship Off Polaris-G unearths an abandoned-but-repairable cargo ship that was mistakenly labeled “storage,” so no one looked for it. 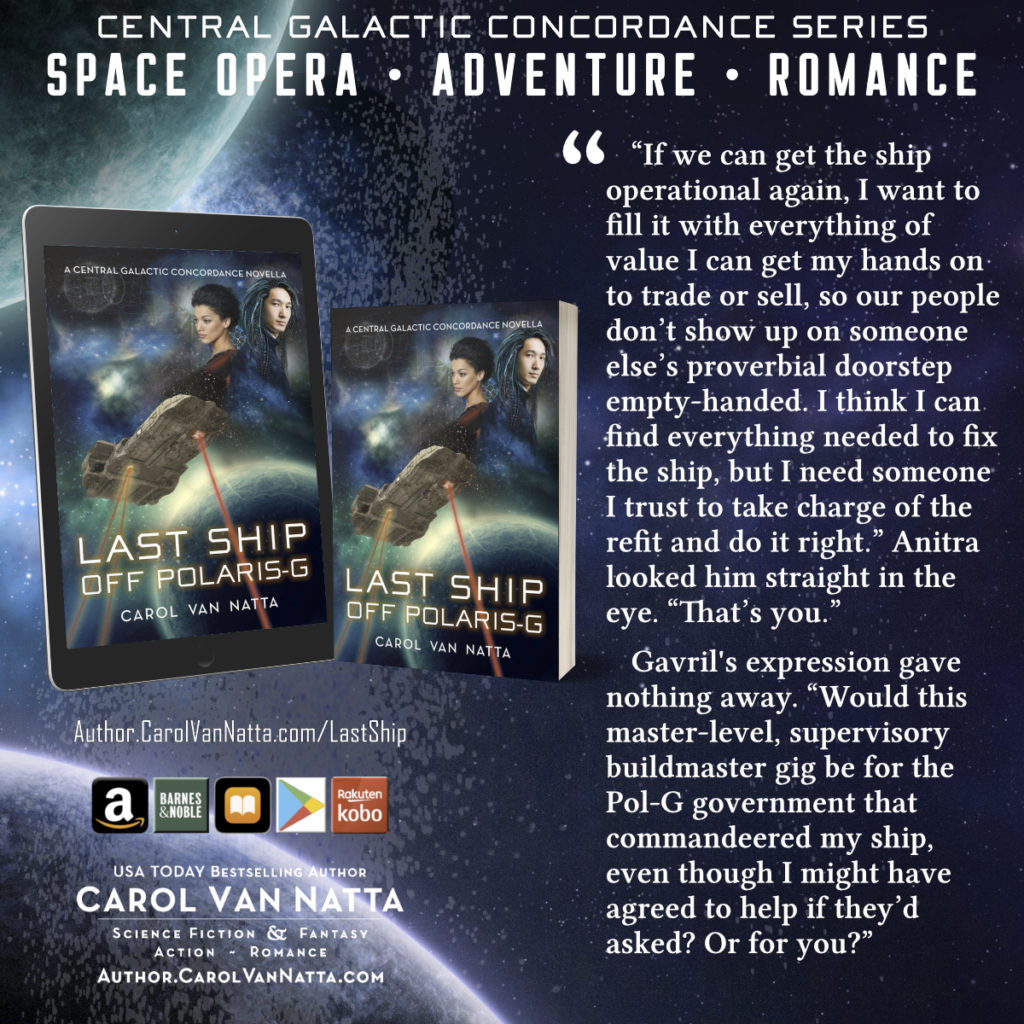 Just because the law protects journalism doesn't mean it's a cushy job. First, journalists of the future must know how to write, take flat and 3-D images, record vids (videos) and trids (tri-D videos), and produce their own stories. Second, unless they're independently wealthy, they need a way to make money from their work, usually meaning they must be prolific. Third, speaking truth to power sometimes makes power mad enough to retaliate. As is ever with human civilization, the non-powerful vastly outnumber the powerful, which is why journalists take on the role of “the voice of the people.”

In Minder Rising, the public is incensed by a damning investigative story about how a government agency, the Citizen Protection Service, very likely has a policy of instigating riots as a cover for neutralizing troublemakers. This story helps to set the hero, Lièrén, on the path of questioning the motives of his employer, that same agency. Similarly, if the former residents of Polaris-G someday get justice for what happened to them, it will be because journalists published the true story, not the official coverup version.

In Jumper's Hope, the heroes have information that others will kill to keep secret. They turn to the media to release it, and one journalist in particular: Arco Charrascos. You'll read more about her in Spark Transform. She has quite a number of stories to tell. 😉 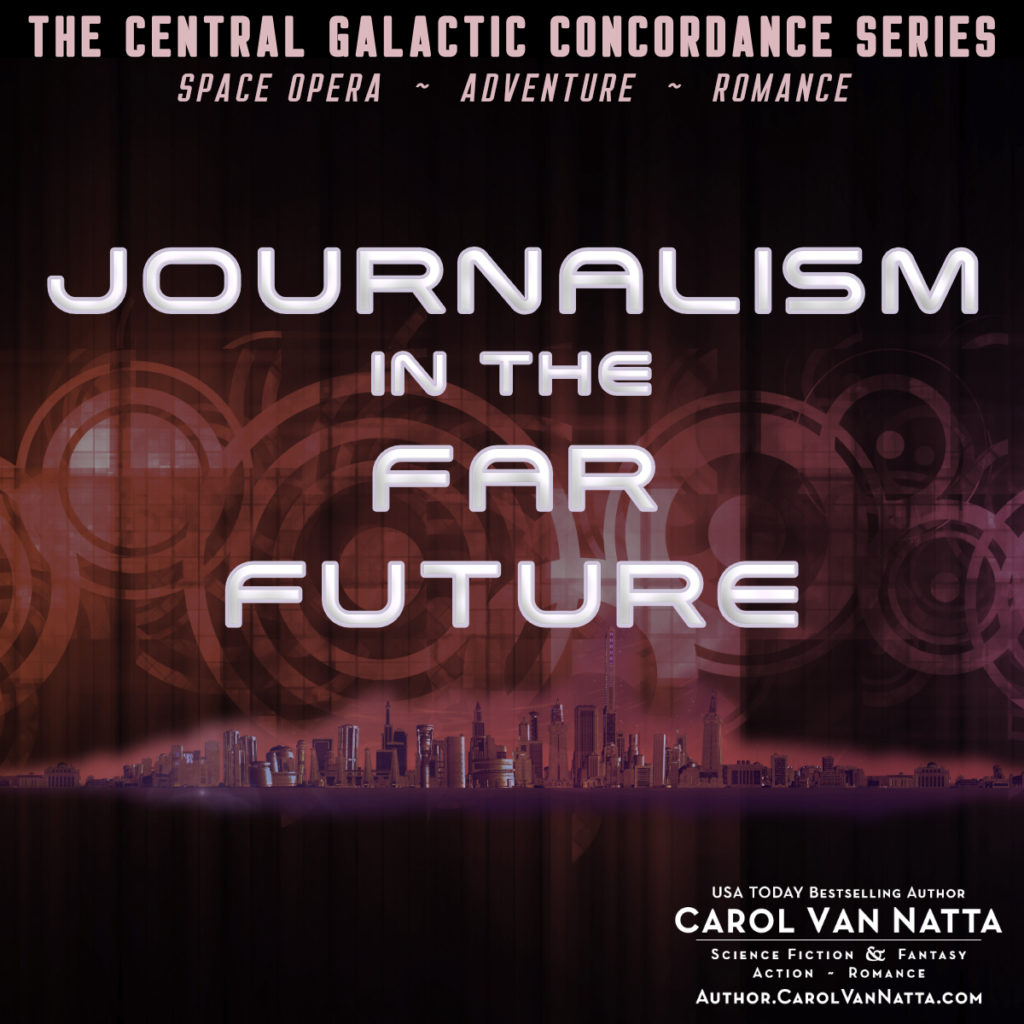