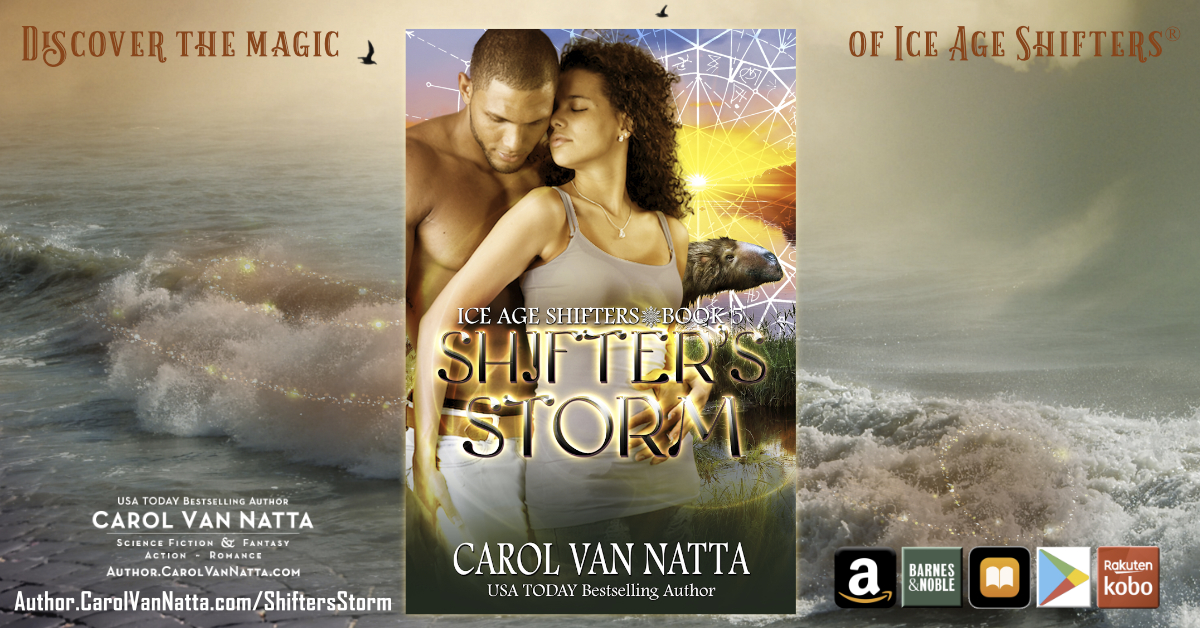 The hero of my latest paranormal romance, Shifter's Storm (Ice Age Shifters Book 5), is Dauro de Mar. He and his fellow captives were bought by a greedy fairy who collected exotic aquatic shifters. Dauro has been there the longest, and was the first acquisition.

Where is “there,” you ask? A fairy demesne, of course. Think of it as a mini-world, created by fairy magic and imagination. It enforces internal rules that sometimes only bear a passing resemblance to the way things work in the real world. In this demesne, one of the rules keeps all the captives in their animal forms to make it harder for them to escape. Here is an excerpt from Shifter's Storm that introduces the fairy fantasyland and Dauro.

Dauro ya Ketumino da’Nok de Mar lumbered up onto the bank of the impossible river and snorted forcefully to open his nose and ear flaps. The pretend sun was more than halfway toward the far horizon. He shook up and down to help his fur shed water.

The world shook. Even the distant orchard trees to his left swayed.

Dauro’s giant aquatic sloth form was massive, but not that massive. Certainly not massive enough to shake an entire magical fairy demesne.

The world shook again, longer this time. Water sloshed onto the river’s banks, lapping at his back paws.

When Nessireth, the ancient fairy who created the private fantasyland to house the collection of aquatic exotics she’d captured over the years, went on a rampage, the wind blew heat and the central castle trembled. But she’d died and turned to fairy dust two months ago.

A memory surfaced of feeling something similar a couple of hundred years ago, soon after Nessireth moved the demesne from the high, cold place to a warm island location. The demesne’s anchor had been tugged by a violent real-world storm she’d called a hurricane. After a second one a few years later, she’d used her then-abundant magic to add more anchors. That cured it.

Dauro also remembered a recent comment from Kelvin, the young pygmy hippopotamus shifter who had been Nessireth’s final acquisition. Humans were now living everywhere, and they’d been burning forests and fossils. According to Kelvin, scientists said it changed the climate, and they predicted more hurricanes.

Dauro believed it. Heat and magic were similar—increased energy in a stable spell guaranteed unstable results.

More shaking. The river water surged in a wave, wetting his front paws.

Fairy demesne magic made the circular river flow constantly to provide habitat and feeding grounds for him and the other aquatic shifters and creatures. It hadn’t ever changed… until today.

That brought home to him that he and others needed to get serious about escaping. Nessireth had bragged about spending millennia to construct her demesne, but it was decaying daily without her active magic to maintain it. The false moon wasn’t as round as it used to be, and had a noticeable pink tint. Just last week, the constant breeze had taken to gusting chaotically.

None of the captives knew what would happen if the demesne collapsed with them still inside. Dauro was certain it wouldn’t be good.

His giant sloth side liked solitary peace and quiet, but his suppressed human side knew he needed to check on the rest of his friends. Nessireth’s death had given him more freedom than the others. And his limited telepathic skills as a sloth meant he had to visit them himself. Nessireth had forced each of them to remain in their animal form, and the demesne would keep them that way forever… as long as the magic held.

As the oldest of Nessireth’s acquisitions, he’d become the sinchi, the temporary champion of the collection. In his opinion, formidable size, war experience, and a talent for magic while in animal form didn’t make him a leader, but he was the best they had.

Find out what happens next in 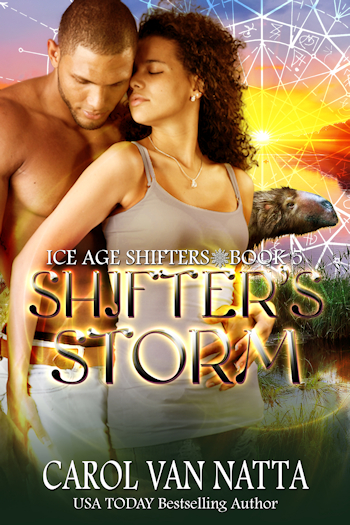 Shifter's Storm is a complete story with a happily-ever-after and no cliffhanger, and can be enjoyed without having read the rest of the series. 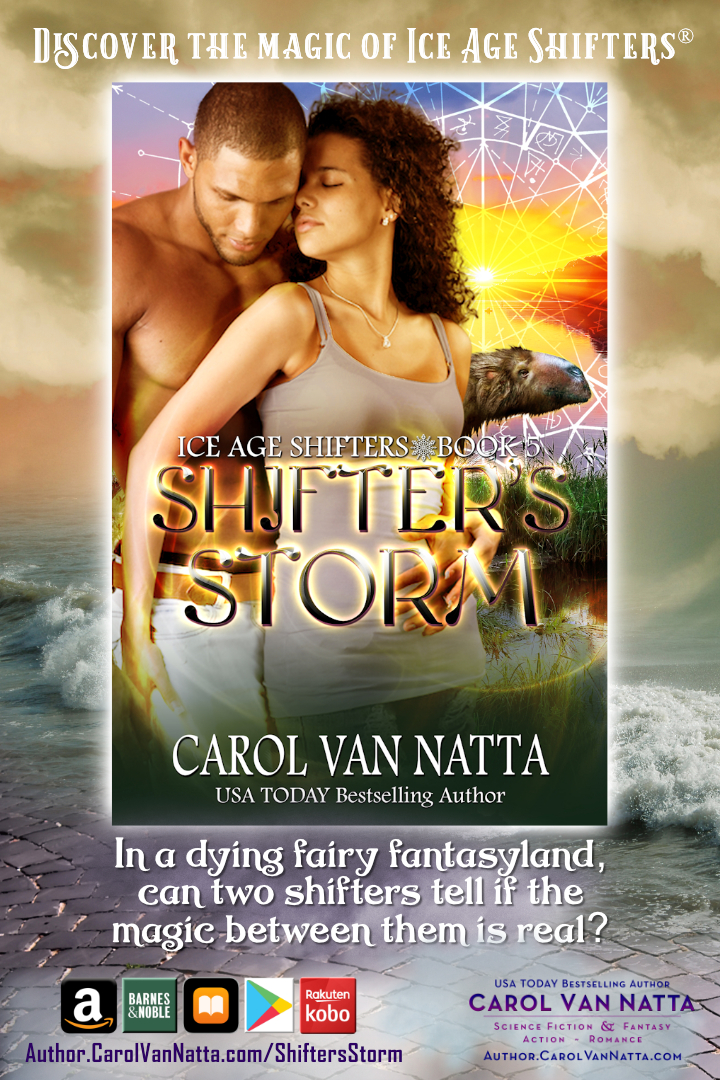