Hi, my name is Carol, and even though I’m a professional science fiction and fantasy author, I’m a big fan of fan fiction. There; I’ve said it.

Fan fiction is, according to Wikipedia, “fiction about characters or settings from an original work of fiction, created by fans of that work rather than by its creator.” The article says it started in the U.S. in the late 1960’s, driven heavily by the cultural phenomenon that was the original TV show Star Trek (1966-1968). The internet made it much easier to share the stories with anonymous strangers, via forums, websites, etc., and to comment on them.

U.S. copyright law protects fan fiction, up to a point. I suspect that if Paramount’s lawyers had known how much Star Trek fan fiction was being written and shared, they’d have worked much harder to quash it, but they didn’t, so here we are.  SIDE NOTE: Maybe they were smart. Paramount’s lawyers would’ve had to sue a lot of teenagers for copyright infringement, and that business model didn’t really work out for the music industry. 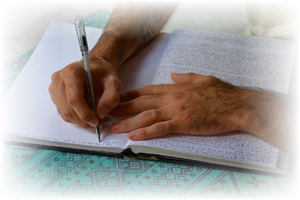 Let’s stipulate that very little fan fiction is golden. Until not too long ago, it was written by amateurs with ideas, but little story craft (or even grasp of basic sentence structure). But perfectly written, professional quality literature isn’t the point. Fan fiction is driven by inspiration—the desire to explore a fictional universe—and the deep human need to tell stories.

Fandom motivates some people to write, even people who detested writing in school, especially if they were forced into rigid methods that didn’t work for them. Sure, 99% of fan fiction writers don’t end up becoming authors, but 1% do. I love reading. I want more people writing books, so I can read them. If someone (who should probably have a nice lie-down until the impulse went away) wanted me to teach a fiction writing seminar, the first assignment would be to write fan fiction.

Two paragraphs ago, I said “written by amateurs…” because things change. The proof is in one book title: Fifty Shades of Grey. I don’t begrudge E.L. James a moment of her fame and fortune, because she clearly hit an untapped market at the right time and took home the prize. Here’s the thing: FSOG originated as fan fiction for the wildly popular Twilight series.

Amazon.com noticed. One year after FSOG took the world by storm, Amazon created Kindle Worlds, wherein they license the work/worlds of a given author and invite others to play. I got a crash course in how this all works starting in December, when NYT best-selling science fiction and fantasy author S.E. Smith invited me and eight others to be “seed” authors in the release of her Kindle Worlds project, Magic, New Mexico. I was flattered, because the other authors have sold many more books than I have, and terrified, because I’ve never written a paranormal romance (aka PNR) novella, but the opportunity was too good to pass up. As it turns out, writing PNR is a lot like writing science fiction, because it takes almost as much world-building, explaining how magic exists on the real world, and of course, people are always having feelings for each other. The result is IN GRAVES BELOW (Magic, New Mexico), which has gotten some nice reviews so far.

You, Too, Can Write Fan Fiction… And Get Paid

Here’s the point of this longish post: Anyone can pick a Kindle World project and write for it. You don’t have to be invited; you can just pick the world that interests you and write. There are rules, of course, and they vary by project (e.g., no using certain characters, no killing off anyone else’s characters, etc.), and by publishing, you give the rights to your story to the original author who created that world. Your manuscript must be edited, and you’ll need a cover design, and Amazon will reject it if you don’t meet their requirements. But if they do publish your story, you’ll get paid 35% royalties for each sale. Yes, they’ll pay you, and now, my friend, you are a professional, published author. How cool is that?

In Graves Below is available for Amazon Kindle. Find out if a disabled veteran and a magical dancer can stop a horde of demons from making Denver an all-you-can-eat buffet.

Cross-posted with author J.C. Lynne's blog. She writes medical thrillers, and you should check them out, starting with The Esau Emergence.