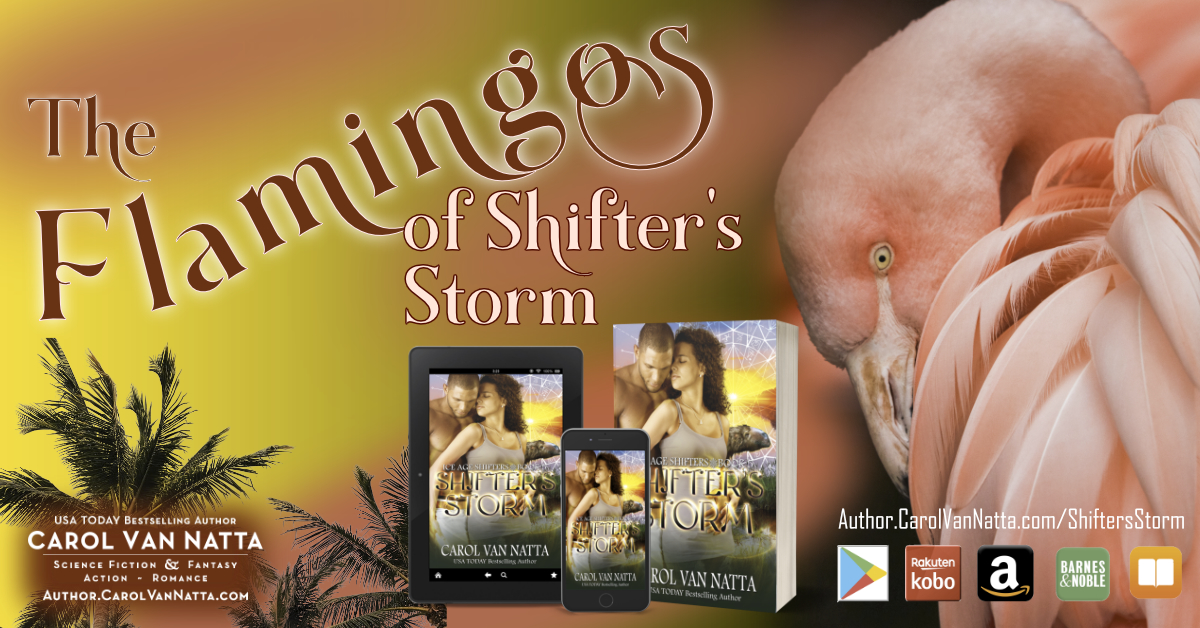 I love animals, which is why I write shifter paranormal romances (PNRs) and animals appear in half of my space opera series. It's the fault of my cats, of course. 😸 When writing Shifter's Storm, I needed the heroine, Chantal Hammond, to be in Florida so it would be easier for her to visit the Puerto Rican island of Vieques. She's going to help with cleanup after a hurricane that also happens to be named Chantal. (The poor woman is in for years of teasing about that.) The flamingo shifters in a hidden town in Florida recruit her for their charity. In researching them, I discovered that flamingos are delightful.

First, flamingos are highly social creatures. Their flocks number in the hundreds to thousands. They seem quite happy to stand closer than passengers in a Tokyo rush-hour bullet train. In mating season, males collect in a chorus line of pink feathers and ▶ move together to impress the females {video}. I'd think some human males could add choreographed dancing to their repertoire to attract a lover or two.

Based on my informal and non-scientific survey, I believe most shifter stories are about mammals. This is likely because most authors are mammals, too. We have more experience with them. However, in my Ice Age Shifters series, I've expanded to the avian kingdom. In Dire Wolf Wanted, readers already met one in Kotoyeesinay's Sheriff Tanner, and will get to know him better in an upcoming book.

Flamingos have a lot going for them as a shifter species. For example, in protected populations, such as those at the Flamingo Gardens sanctuary in Davie, Florida, individual birds can live for 60+ years.  In addition, they mate for life, which means flamingos are delightful as the supporting characters in a romance.

Flamingo vocalizations sound a lot like geese. Fort Collins, Colorado, is the winter home to multiple flocks of Canada geese, a very successful species in North America. (The city logo used to have a Canada goose in flight, until the city business people decided it wasn't very dignified.) Some drivers find them annoying, especially when they cross a snowy road at their own leisurely pace, but I think geese are hilarious.

Watching wild geese in a gaggle is like watching a soap opera. Friendships, feuds, and schemes to get the best grass abound. I'm betting flamingos are the same. They used to congregate in vast numbers on Florida's southern coasts, but human activity destroyed their habitats and human hunters decimated them for their pink feathers. Fortunately, they still thrive in the Caribbean and South America, or I'd have had to set Shifter's Storm somewhere else.😏 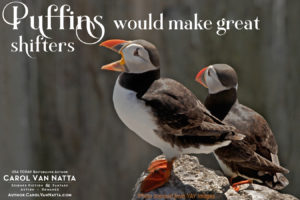 My favorite bird ever is the puffin. For all I know, they're rude and standoffish, but I love puffins! However, they're in Iceland, which is very far away (but high on my top-five list of places I want to visit when I win the lottery). OK, they also live on the shoreline of most of the arctic north, but it's still far. And cold. Maybe I'll stay in my nice warm house with my nice warm cats and look at the pretty pictures of them instead.

Co-starring the Delightful Flamingos of Florida and Puerto Rico 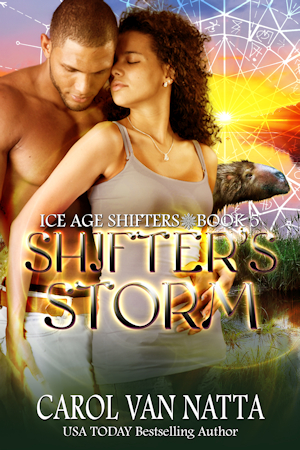 Leopard shifter Chantal Hammond gets much more than she bargained for when she volunteers to help with hurricane cleanup and gets lost in a fairy fantasyland. Aquatic Ice Age shifter Dauro de Mar just wants to save his friends and himself from being sold again. He never expected help to arrive in the form of the sexiest shifter he's seen in four hundred years. Can they win their freedom from a dying land with hunters on their trail? 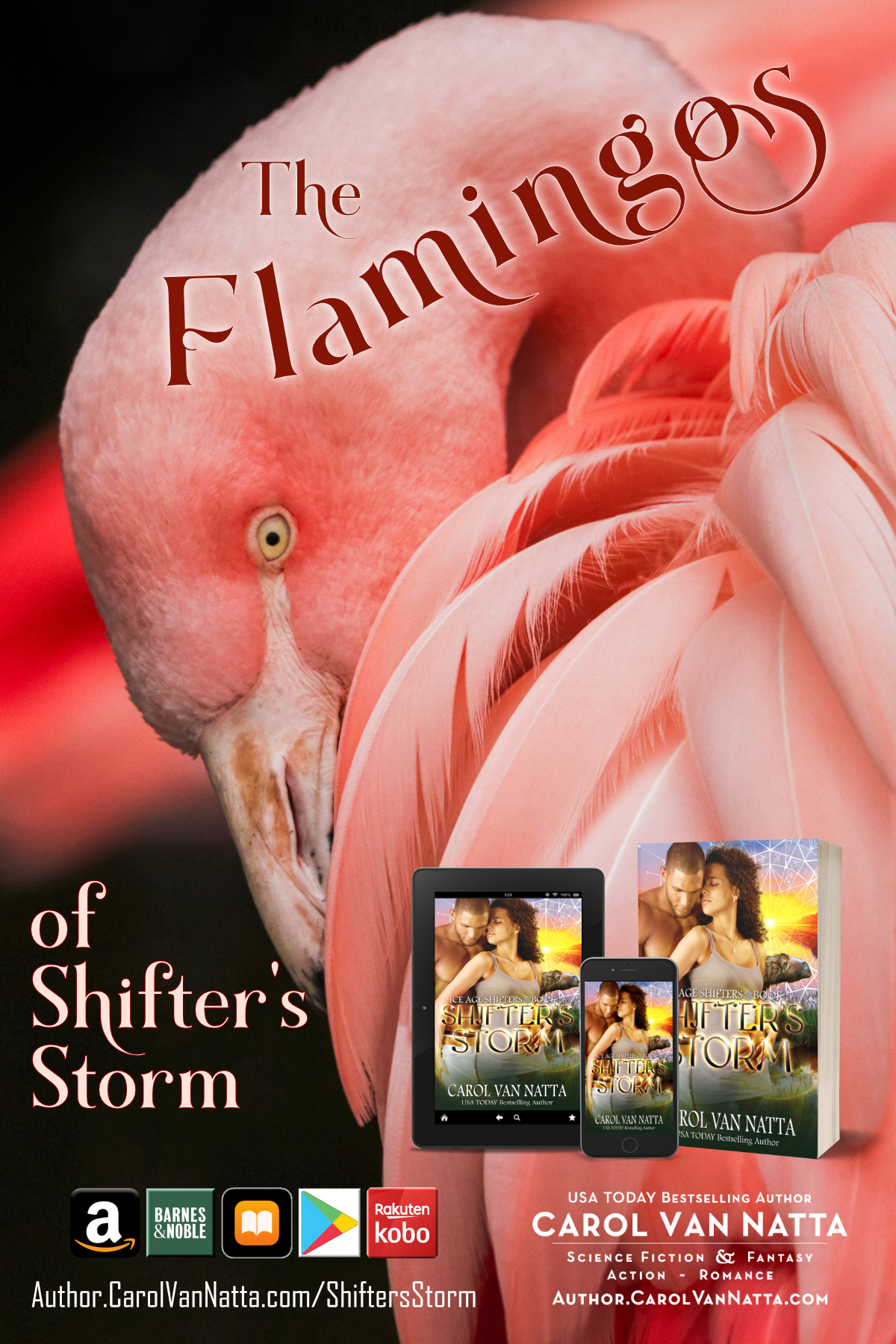