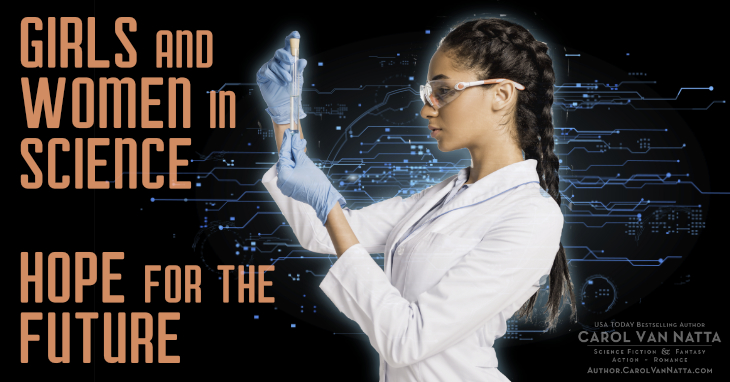 My trusty calendar tells me that Tuesday, 11 February, is International Girls and Women in Science Day. Hooray! I grew up with scientists and have worked with them a lot over the years. Science fascinates me, so it's probably no surprise that I write science fiction. 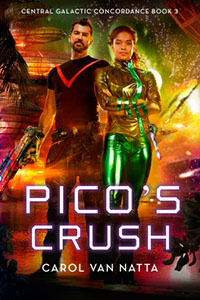 My Central Galactic Concordance space opera series features several women who are in the sciences. In Pico's Crush, main character Andra De Luna has the future equivalent of a doctorate in materials science. She shares her love of science by teaching at the Optimal Polytechnic Institute. One of her students is Pico Adams, a math prodigy and a promising scientist in her own right. Pico also happens to be the daughter of Jerzi Adams, the other main character in Pico's Crush and who previously served with Andra in the military. They all apply a bit of science on the fly, in between a few explosions, of course. No one blows up a planet, but a manufactured island is a little worse for wear by the end of the story. 🌟

In Pet Trade, main character Bethnee is a veterinary medic. She also has a mental talent known as “animal affinity,” which gives her an edge in understanding and treating her patients. I modeled her extraordinary skills after a friend who treated all our household's feline overlords for years before she retired.

And I don't want to hear any guff about veterinary medicine (or nursing, or biology) being a “soft” science suitable for the wimmenz, while human medicine (or surgery, or neuroscience) are “hard” sciences suitable for manly men. Puu-LEEZE. Feel free take a veterinary science class or two and tell me how soft it is.

Our Day Has Come: Girls and Women in Science for the Win

In present day, we in the Western world are still not very good with equal gender representation when it comes to science. I'm appalled that only 20 out of 600+ Nobel prizes in science have gone to women. However, I'm encouraged by the increasing number of on STEM (science, technology, engineering, and mathematics) education programs that actively recruit girls. Therefore, if it takes creating a Women in Science Day to help focus on that, I'm all for it. 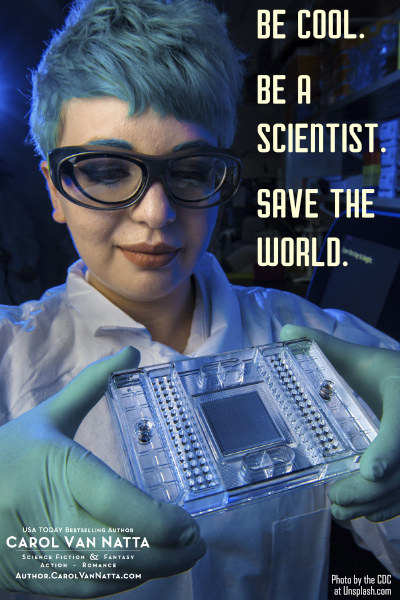 I'm convinced that science is our hope for the future. Humans have created a few messes that need cleaning up (power plant accidents, for example), and science will help us do that. Science also helps us respond to unexpected events such as international health emergencies and save lives. Therefore, it's damn silly of us as a society to discourage or disenfranchise 50% of our collective brainpower.

By the way, if you have a girl or woman in your life who is interested in a science career, check out this fabulous list of organizations for them.

The Future of Women in Science

In my series, gender is neither a limitation nor and indicator of a career choice. For example, no one is surprised to learn that an assassin (Overload Flux), a road-crew supervisor (Minder Rising), or an elite forces space marine (Jumper's Hope) is a woman.

For that matter, race isn't an indicator, either. Anyone with a free afternoon and access to a body shop can have whatever skin or eye color they want. Want to look like a fantasy amphibious humanoid, complete with working gills instead of a oxygen converter? All it takes is a little more time and money. That's not to say we've vanquished bias and prejudice in my space opera future, but that's a subject for another day. 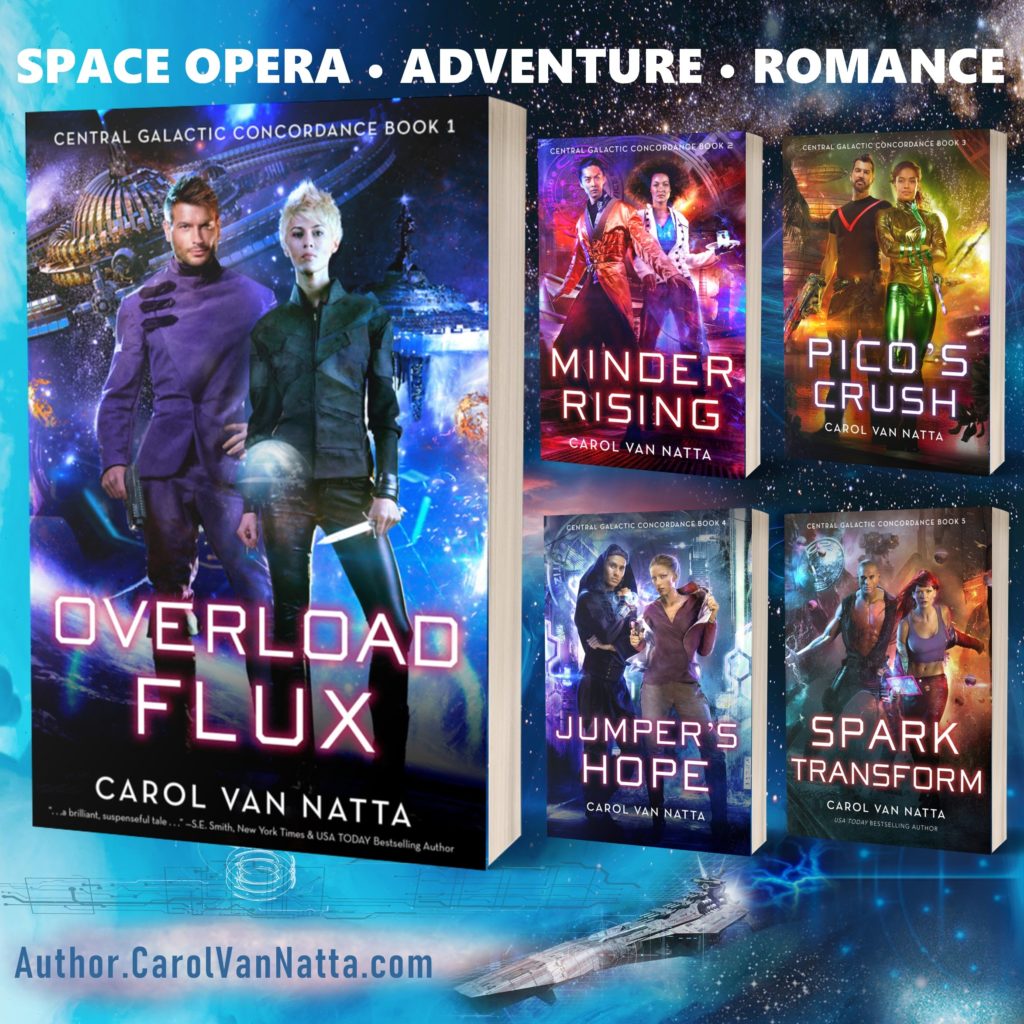