When I conceived the idea for my Ice Age Shifters® series, I imagined that certain, rare shifters were born as throwbacks to the days when mammals grew big. Really big. Paleontologists dubbed them “megafauna” to signify their size. Not as big as dinosaurs, of course. That's a different conversation altogether. There are no living examples, which is probably good for those of us who don't want to be their dinner. But that means no photos, either. Fortunately, artists have filled the gap with Ice Age megafauna illustrations.

I commissioned fantastic illustrator Nyssa Juneau for the illustrations for my books. She is also the illustrator for the Pets in Space anthology series, which is how I discovered her wonderful talent.

Shifter Mate Magic features an Arctotherium. In his human form, he is Trevor Hammond, independent trucker. In his shifted form, he is a huge, shaggy bear with big teeth and wickedly long, sharp claws. His modern bear-shifter parents sent him to live with is aunt in Appalachia because they couldn't handle him. More to the point, his very existence as a throwback was ruining their chances for social advancement in their bear clan. 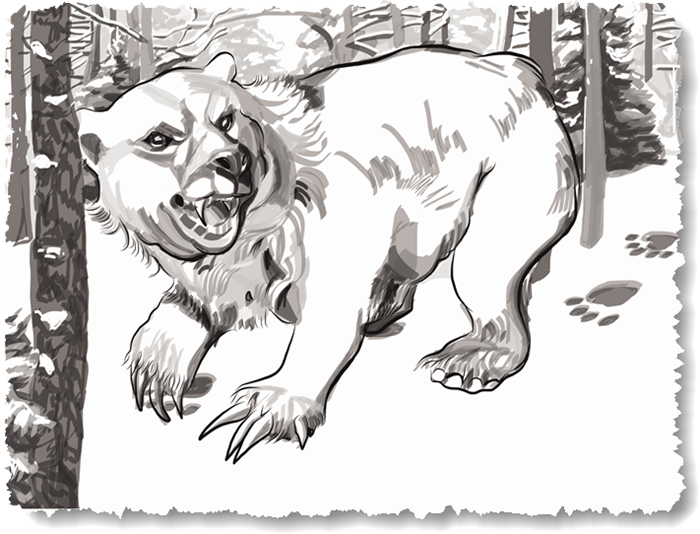 Arctotherium bears are the South American equivalent to the short-faced bear in North America. They're both taller and heavier than the biggest living bears today, grizzlies and polar bears. The “short-faced” part has to do with the cranium, as compared to the longer, pointier snouts of today's bears. We don't know anything about Arctotherium's coat, coloring, or musculature, so I get the fun of making that part up.

Shift of Destiny‘s Ice Age shifter is a Panthera atrox, better known as an American Lion. Chance McKennie was born of the true-mate pairing of a rare, magical white cougar shifter and a grey wolf shifter. Their mating was barely tolerated by their respective pride and pack, but their Ice Age lion offspring threatened to start a war. Ice Age shifters can't be dominated by modern alphas. The local leaders were afraid he'd want to rule them all. So for Chance, it was either stay and fight, or take himself out of the picture. That's how he became a roving carpenter. Lucky for him, he ended up in the sanctuary town of Kotoyeesinay, Wyoming, where he met Moira, the woman of his dreams. Too bad she doesn't believe in magic… 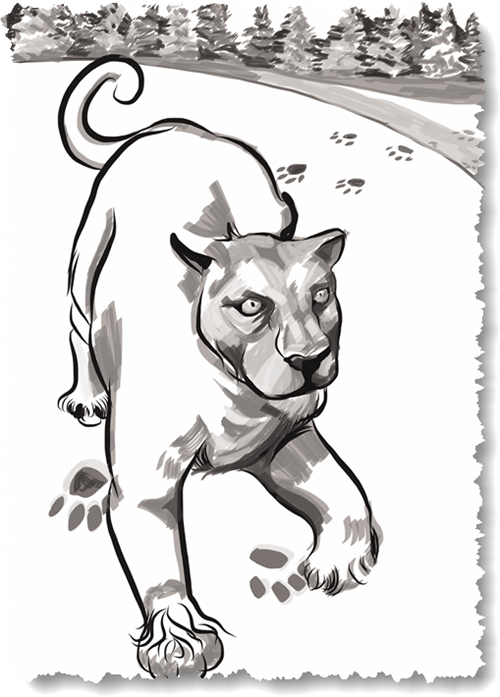 Based on the fossil record, American lions are half again as big as a modern mountain lion or leopard. They're also taller and heavier than a Siberian tiger, but not longer. Paleontologists argue about whether or not the males had manes like African lions, but have no evidence. The paleolithic drawings in the Caves of Chauvet may offer a clue. I got to exercise my artistic license in describing Chance's shifted Panthera atrox form.

The Ice Age Shifters series continues this summer with three all new stories. In addition to Ice Age shifters, the stories will feature mythical shifters. I'll tell you more about them next time.