As with the whole series, we don't have living examples or photographs of the really big animals that flourished during the Ice Age. We do have fossilized bones and we have artists. When I conceived the idea for my Ice Age Shifters® series, I commissioned excellent illustrator Nyssa Juneau for the illustrations for my books.

Even More Ice Age Megafauna Illustrations for My Books

I know you'll be surprised to learn that both Heart of a Dire Wolf and Dire Wolf Wanted feature dire wolves. 🌞

Rayne and Skyla Chakal are sisters born of different mothers but the same father. Unlike some other Ice Age shifters, they grew up knowing what they were, because they lived in Los Angeles. Which just happens to be the home of the world-famous La Brea Tar Pits museum. Their father worked for the prestigious Shifter Tribunal, so his position meant that local shifter packs, prides, and clans didn't give the sisters overt trouble. But neither sister really fit in, either.

Ice Age shifters can't be dominated by modern alphas of any species. As you might imagine, that doesn't sit well with the more insecure alphas. You know the type — thin-skinned, can't be wrong about anything, demands respect instead of earning it. I'm sure you've never met anyone like that. 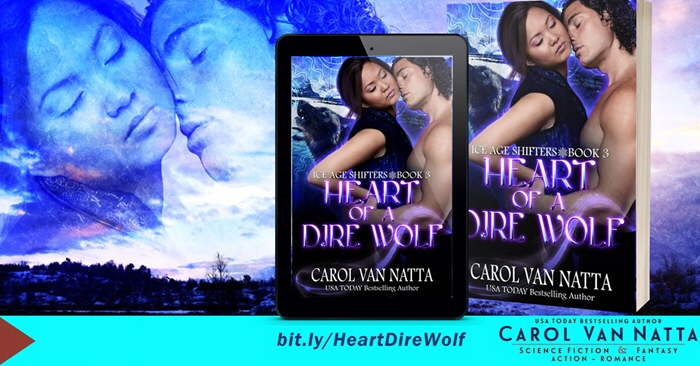 Skyla found a career studying magic. She's interested in the interface between magical and technological systems. She was about to graduate as a magister when she was kidnapped to be sold to the highest bidder. And that's just the opening excitement in Heart of a Dire Wolf. 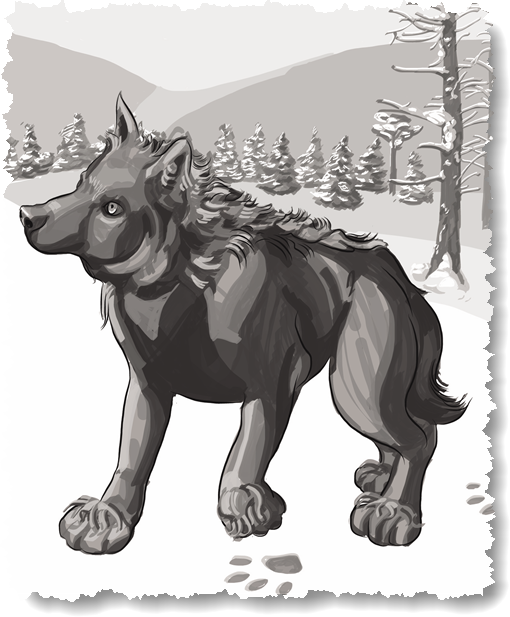 Based on the fossil record, dire wolves, a.k.a. Canis dirus, had several subspecies. Judging from the number of them that ended up in Ice Age death traps, they were plentiful and successful. They were built for cold, and likely had adaptations to conserve body heat, the way arctic wolves and foxes do today. Bones don't tell us about their fur or colors, so I made that part up for my books. That's the fun of being an author. 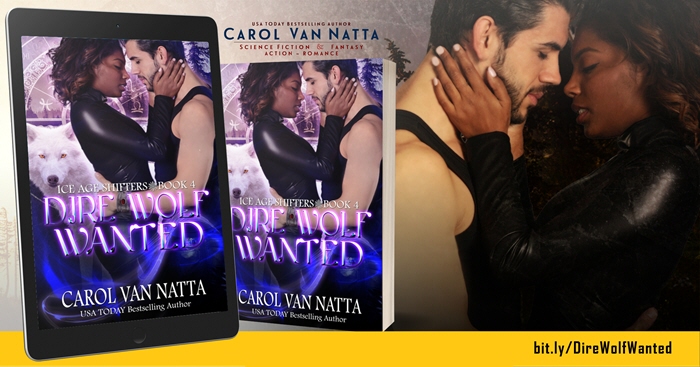 Rayne followed her father's footsteps and became a covert agent for the Tribunal. Much to his consternation, because she only told him after she'd been hired. She infiltrated the illegal auction that kidnapped her sister to bring it down. Imagine her shock when she meets the person who could be her true mate, and he just happens to be one of the captors. 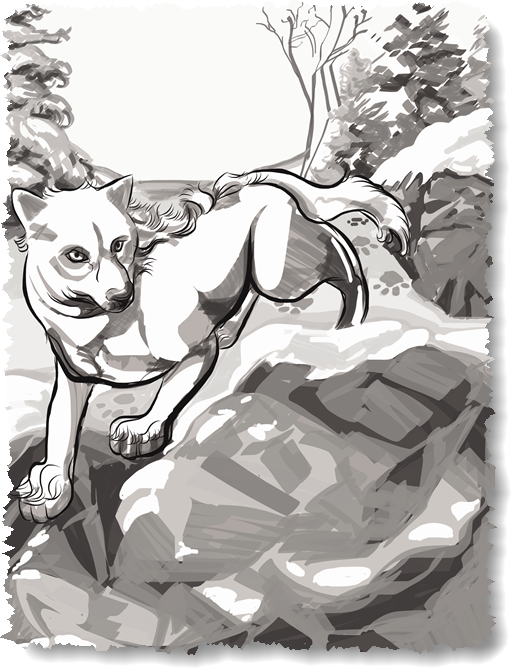 Dire wolves were apex predators of the Ice Age, at least in North America. Taller and heavier than the largest gray or timber wolf today, they also had wider, heavier shoulders and wider, more muscled jaws. Based on how many of them ended up in the tar pits and other Ice Age death traps yielded fossils for us to find, they hunted in packs.

In my stories, they can run the color gamut from solid black to arctic white, and their howl sends atavistic chills through any prey animal in earshot. Even other predators take notice.

The Ice Age Shifters series continues this summer with three all new stories. In addition to Ice Age shifters, the stories will feature mythical shifters. You already met one mythical shifter, Arvik Inuktan, in Dire Wolf Wanted. He was such fun to write that I simply had to write more.

The heroine of Shifter's Storm (Ice Age Shifters Book 5) is Chantal Breton. She is the daughter of Jackie Breton from Shifter Mate Magic (Book 1), and had a cameo appearance in Shift of Destiny (Book 2), where she explained some things about shifters to Moira, newly introduced to the hidden world of magic.

I've commissioned more Ice Age megafauna illustrations for the upcoming new books. I can't wait to show them to you!