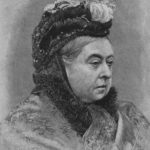 There are things that drive me crazy about romance novels these days. When I was ready (OK, driven) to write a science fiction/action series that starts with Overload Flux, it came to me, as I outlined the story arc, that all the planned novels involve romantic elements. Along with science fiction, action, and mysteries, I've read a lot of romances over the years, but only casually, and not recently. I decided I needed to understand the structure and reader expectations for the romance genre to get it right. In the last year, I put myself through a course of reading a ton of recent romances, primarily those mixed with other genres – science fiction, action, mystery, fantasy, etc. While it wasn't a hardship to have to read a lot (“I'm not being a slug, I'm doing RESEARCH”), I came away with some pet peeves about romances today. These are entirely my own, idiosyncratic opinions, and you may well disagree.
Share this post...