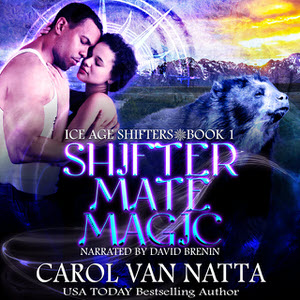 I'm thrilled to be able to release the audiobook version of Shifter Mate Magic, the first story in my Ice Age Shifters series. And by the way, you can get it on Spotify, too. That's where I also listen to podcasts and music. I especially love music, both for listening and singing. The one time I can't listen to music that has words—even after-the-fact or parody words—is when I'm writing. This is because some of the lyrics sneak into my manuscript. All of a sudden, the villain is telling their henchperson to make it look “Easy, easy like Sunday morning…” You see the problem. However, I like to collect songs that get at the heart of a relationship or a particular character. In honor of the audiobook release, here's a playlist for Shifter Mate Magic.

Playlist Track #1: Everything Has Changed

Everything Has Changed (Taylor's version) by Taylor Swift, featuring Ed Sheeran. It's the perfect accompaniment to when heroine Jackie literally runs into hero Trevor in a truck stop convenience store. Because trouble is in hot pursuit, she can't stop to get to know him better right then, but she is sorely tempted. For bear-shifter Trevor's part, he's stunned. The woman he just collided with could be his mate, and yet he has to let her walk away.

Nota bene: Taylor Swift is a phenomenon with a well-deserved reputation for pleasing her billions of fans. She's also a smart businessperson who learns from her mistakes. Her former record label refused to sell her the masters to her own song recordings, so she's re-recording them so she owns them. There may be ethical, fair, and reasonable record companies in the music business, but sadly, they are few and far between. 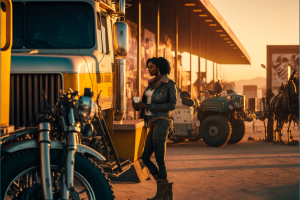 Playlist Track #2: I Will Find You

Jackie loves movies. Her favorite movie was The Last of the Mohicans, and its love theme, I Will Find You by Clannad. Unfortunately, she just escaped from a corrupted and twisted shifter pack, so she's afraid her life is more like the vengeance film, Marked for Death. 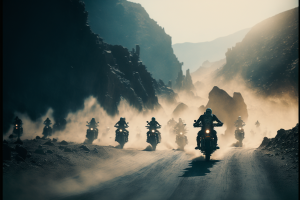 Two groups of enemies suddenly converge and catch up with Trevor and Jackie. Their only hope is to race Trevor's truck through steep canyons and dangerously twisty mountain roads toward a magical sanctuary town. Danger Zone performed by Kenny Loggins is the perfect song for it.

N.B.: The producers of the 1986 movie Top Gun commissioned the song after they couldn't find anything else they liked. They offered it to several bands, who all turned it down for various reasons. Loggins said yes, and the rest is history (and likely residuals for many years to come).

The action in Shifter Mate Magic is set in southern Wyoming in 1993. Here are two songs the main characters listened to:

N.B.: Don't pay attention to the silly lyrics, just let the catchy rhythm have you line-dancing across the kitchen.

N.B.: The song charted in 1982 when it was released, but did a whole lot better 10 years later when a Levi's® jeans commercial catapulted it onto “greatest songs of all times” lists.