Preorder Heart of a Dire wolf

Heart of a Dire Wolf is the next book in my new Ice Age Shifters paranormal romance series. It has exciting things in store for you, and I can't wait for you to read it.

This is the lovely cover design, once again the work of the talented Amanda Kelsey of Razzle Dazzle Design. 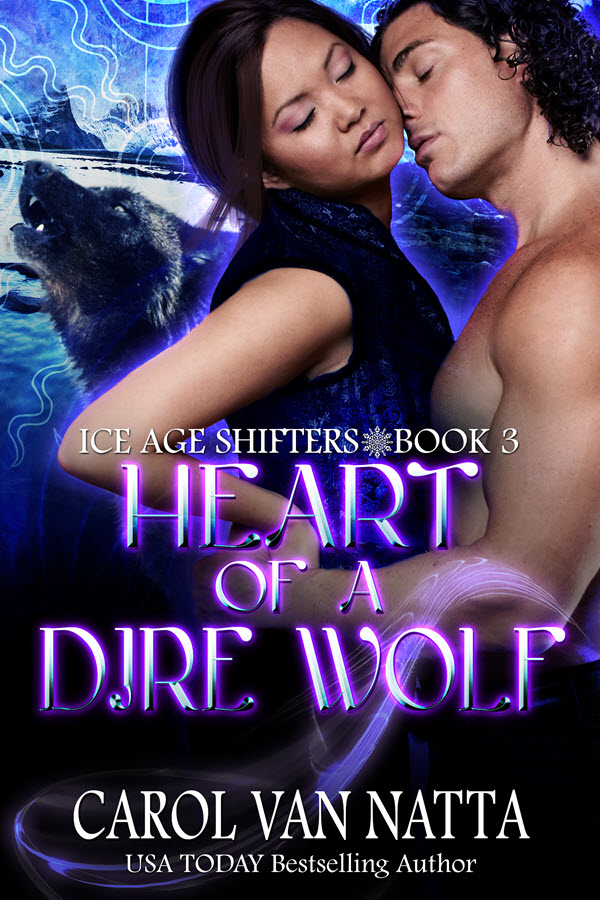 This book focuses on a thread that shows up in the first two books, an illegal auction of magical creatures. You'll see a few returning characters from Shifter Mate Magic and Shift of Destiny, including a certain polar fairy who has become a reader favorite. She might get her own Christmas story…

Here's the blurb for Heart of a Dire Wolf:

To stay together, they'll have to escape prison, outsmart wizards, and solve the mystery of a magical sanctuary town.

Skyla Chekal is in trouble. She’s a prisoner in an illegal underground auction house that sells magical creatures. If they learn she's a dire wolf with free magic, they'll hold a special high-roller sale just for her. She needs to keep her head down and escape, but she can’t because she smells someone who stirs her in the way only a true mate can. She can't leave without him.

Siberian tiger shifter Nic Paletin can’t believe he’s found himself in a cage in an auction house run by wizards. As long as he continues to play dumb, he should be able to get out soon. But the intriguing smell of a woman who calls to his tiger has him tied up more than the shackles on his ankles.

As turned on as Skyla is by Nic’s intoxicating presence, she knows they first have to survive long enough to get free. Unfortunately, threats continue to escalate. In their escape, Skyla is sent somewhere else, and Nic has no idea where or what trouble she might be in. He must find her before the wizards do, plus figure out how to work together if they’re going to crack the secrets of a mysterious new-old town.

And they better hurry, because the greedy wizards not only know where they are, they're after the fabled treasures of this vulnerable sanctuary town.

Reserve your copy now, so you don't miss release day.