No respect for romances 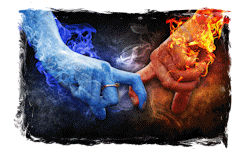 Romance authors, even really prolific, best-selling authors, don't get noticed for major awards, or mentioned in articles about the publishing industry. I've seen more than one listing of “most important books” that goes out of its way to snub romance. But, while romances are being dismissed as unimportant, their readers are being exposed to some fairly radical ideas, like equality, independence, community, protecting the environment, justice for the downtrodden, hope for the invisible, and happiness in accepting and loving the differences in skin color, culture, or experience.
Mix in other genres I like, and I'm with you all the way (except a few tropes that I've complained about here and there). 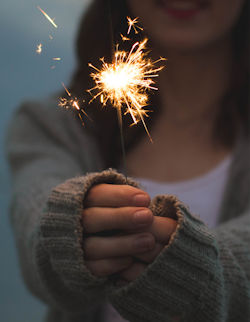 Romance is hope, happy endings, and justice. These are subversive notions to begin with, but when you include the notion that every single human being on the planet has a chance to get them, that's tantamount to an underground rebellion. While often disrespected or dismissed, romances are subversive, and have both reflected and fueled a quiet revolution in equality and acceptance.
Romance is looked down on by most of the other genres, the way the elite “literary fiction” arbiters once looked down on any genre as appealing to the lowest common denominator in the masses. But in the private space between the written page and the reader's mind, a quiet revolution is taking place. Whether it's agency for female main characters, or shattering gender roles (woman doctor, soldier, engineer, assassin; male nurse, secretary, preschool teacher), or embrace of non-hetero sexuality (hence the popularity of M/M romance), hearts and minds are being changed. These non-traditional characters are taking readers on their journey to love, and it humanizes the different, the other, the unfamiliar.
Romance sells better than any other genre by itself. Some because it's far ranging, from historical to contemporary to future, and into fantasy and alternate world, and all heat levels. While book reading may on the decline, based on recent alarming surveys, genre book sales are on the rise. If the average reader read one book per month, dedicated romance readers read two or three books per week, because, well, they can. They have a lot to choose from.

Welcome to the insurrection

Back to subversive. In the 1950s, when it was all but heresy not to have children, “women's fiction” (mostly British, according to my mother's friends) began suggesting women could at least have careers before children. Sure, they reflected their time, but it was a start. Cultural ideas wormed their way into author imaginations, and got incorporated into those “silly little romances,” where they quietly took root and thrived. Even if you didn't live in Haight-Ashbury in the 1960s, notions of social justice and sexual freedom were creeping into romances. It became first daring, then acceptable for the heroine to have had sex with another man or two before meeting and falling for the hero. 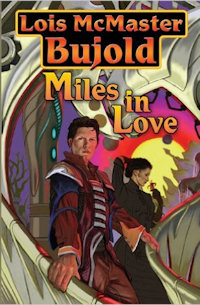 In the 1970s, sex was on the page. So-called “bodice-rippers” began selling really well, so publishers bought more, and readers had choices. It wasn't ideal — too often, the stories involved force, from dubious consent* to outright rape, by the lead male character, who was “redeemed” in the end by the falling in love with him.  Sadly, there are more recent examples. Just like Fifty Shades of Grey, the carelessly written, formulaic bodice-rippers got a lot of attention and copycats. I'll be honest: I read a bodice-ripper in the 70s because it was loaned by a friend, and it put me off romances for a long time. It took until the early 90s for the rapist-turned-hero to finally be relegated to dark alleys.
In the meantime, authors were writing compelling, fascinating stories, maturing and widening the genre's reach into others. Lois McMaster Bujold's science fiction series about Miles Vorkosigan has strong romantic elements. Piers Anthony's fantasies often had romance. The heart of James Clavell's Shogun was a tragic romance. Paranormal romances (including time-travel romances, like the deservedly popular Outlander series by Diana Gabaldon) and urban fantasies blossomed.
___________________
* I'll save a diatribe about dubious consent/forced seduction for another post. TL;DR version: I hates it.
Share this post...