Today I'm revealing the cover for Shifter's Storm, book 5 in the Ice Age Shifters series. I've been impatiently sitting on this cover for a month, and I finally get to show it off.

Shifter's Storm is Chantal's story, and that of her sexy, could-be mate, Gavril. Readers met Chantal briefly in Shift of Destiny, and met her mother in Shifter Mate Magic. Ice Age shifter Gavril has been held captive in a fairy demesne—think of it as a bubble of magic with its own internal environment—for centuries. It's the old story of boy meets girl, or in this case Ice Age aquatic sloth meets modern black leopard shifter, and have to save their friends and the their world before they can find out if they're mates. Happens all the time. 😉

Here is the lovely cover: 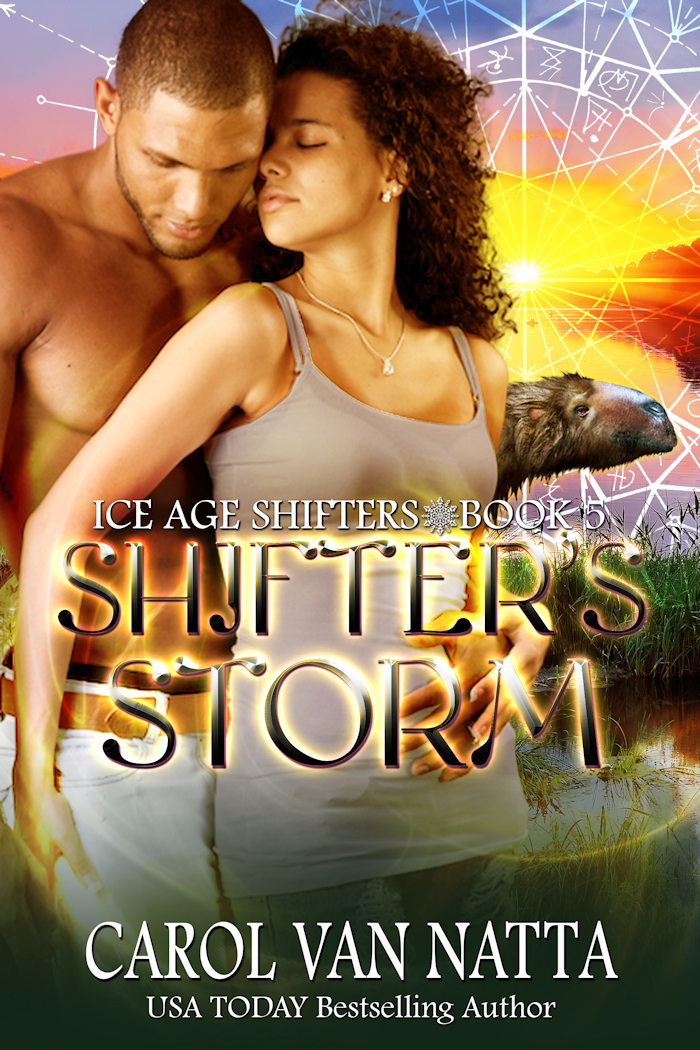 The design is by the talented Amanda Kelsey. I've also commissioned Ice Age fauna illustrations for the new books, and will show you the one for Shifter's Storm soon.

Shifter's Storm starts a mini-story arc that will unfold over three books. In the first four books, the arc covered the destruction of an illegal underground auction operation that sold shifters and other magical folk to the highest bidder. Even as I was writing those stories, I worried about what happened to some of the “merchandise.” Sadly, similar establishments have operated over the centuries, because it's such a lucrative business. The next story arc will concern the buyers, and one notorious buyer in particular. [Cue suspenseful music]

The first four books in the series originally released in Amazon's exclusive Kindle Unlimited program, and finally became available at all major booksellers earlier this month. With the next series books, I'll release them at all booksellers immediately.

However, I know some readers are Kindle Unlimited subscribers because that's the only way they can afford to feed their reading addictio… er, habit. For those readers, I plan to take books 5, 6, and 7 for a brief tour in KU next spring.