Telling Time in the Future

We'll need a system for telling time in the future that works on more than just one planet, or we’ll always be late for our birthday own parties. 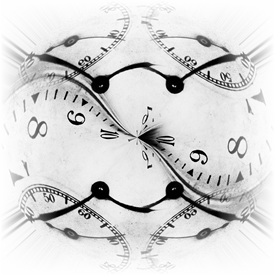 Our most accurate timekeeping system today is based on frequency of electrons in certain atoms (e.g., cesium) to behave with extreme predictability and reliability. We synchronize all manner of clocks based on it. Here in the U.S., we use the National Institute of Standards and Technology (NIST) F-1 to coordinate time, GPS, etc. If you have an “atomic clock,” chances are, it checks in with NIST’s broadcast to adjust its time on a regular basis—it even knows what to do with Daylight Savings Time. (Side note: I know what I’d like to do with DST, and it ain’t pretty. I hate changing time twice a year. Grrrr!)

The beauty of this system is that, as far as we know, cesium (or your atom of choice) has the same frequency regardless of where you are in the galaxy (black holes notwithstanding). The problem is, the Earth is big enough to need 24 hours for 6:00 a.m. to get to all parts of the planet. So if I want to talk to my friends in eastern Australia, it’s usually already the next day for them. Now compound that problem with the unimaginably huge distances between solar systems, faster-than-light travel, and planet spin and rotation speeds, and synchronized timekeeping becomes a critical requirement. 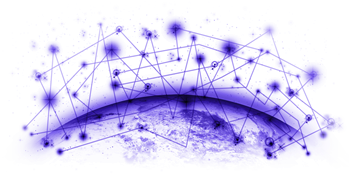 For my Central Galactic Concordance space opera series, I came up with GDAT (pronounced “GEE-dat”), which stands for Galactic Date and Time. Each of my stories starts out with a line that tells the reader what planet the action is on (for example, Polaris-Gamma), plus a series of numbers, e.g., 3233.012 in Last Ship Off Polaris-G. The numbers are the official galactic standard, with the current official year and day, based on an Earth standard of 24 hours per day, 365 days per year.

In my series' history, expanding civilization soon discovered they needed a standard, because while the planets selected for terraforming and settlement come close to Earth, planetary orbit and rotation variances made “local time” worthless if you were hoping to set up a meeting, or agree on a deadline. The local calendar is used for festivals, business hours, etc., but significant dates, such as contract deadlines, or birth dates, are recorded in GDAT notation. A GDAT date of 3233.012 is the twelfth day of the year 3233. It roughly correlates to the year 3733 on Earth, owing to an interregnum and subjective calendar variances in the early days of galactic exploration and settlement.

Here’s an excerpt from Overload Flux, to show you how telling time in the future plays out:

It was the first day of the Galactic Standard new year, but still a few minutes before midnight in Etonver on Rekoria. It was minor event, hardly celebrated at all compared to the local summer solstice, which was still a couple of weeks away. Still it meant something to her. She’d been born on a galactic new year, far longer ago than she’d ever admit.

Last Ship Off Polaris-G, Overload Flux, and the rest of the Central Galactic Concordance series are available as ebooks and paperbacks at your favorite booksellers.