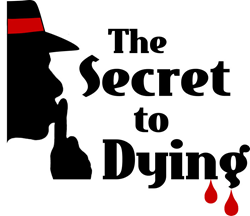 I wrote a “car play” for the first-ever Fort Collins Fringe Festival last year, and had a blast, so I looked forward to participating again this year.** What's a car play? A play written to be performed in an actual car, with the audience standing around. I'm surprised you had to ask!
This year, I wanted to collaborate with the actors in writing a short play, so I found my cast (Abigail Ruth Reidy, Nick Turner, and Kevin Nolan) at the Fringe Festival's “Mix and Mingle” event. We spent an evening talking about what the play should be about, who the characters were, and the major events. I sent them a draft, and they sent comments, and we were off to the races. We've continued to refine it during rehearsals. I'm nominally the director as well as the author, but it's really a collaborative production.
Writing a play for the Fringe Festival is a challenge, but easier in some ways than a blank page waiting to be filled. The Fringe has opportunities (mixed genres, organic environments, collaboration) and limitations (minimalist production capabilities, few rules, organic environments, schedule constraints). These already set the stage, as it were, for the direction my play had to go. Add in the characters and plot line that I and my collaborators came up with, and voilá, a short play was born that was crafted for these actors, in the time and space we have.
Here's the description: In “The Secret to Dying,” Rory Quinn has come all the way from London to a New York speakeasy to collect one of two things: a debt, or a head. Can old friend Maggie Palmer change his mind?
Is it good? We think so, but it's possible we could be biased (heh). Is it done, finished, and polished to perfection? No, and that's the appeal to writing for the Fringe. I'm hoping like hell the audience will give me feedback and tell me how to make the play better.
I like writing short plays, which is odd, because I write science fiction, it's full-length novels. (Shameless plug: I have a new novel, Overload Flux, coming out in September, the start of a series.) I've always been a writer, ever since I realized that the stories in my head weren't being written by anyone else. I also have a background in film, TV, and theatre as an actor and production coordinator, which led me to meld the two by wandering into the world of screenplays and theatrical plays. Subjects have included spousal abuse, the aftermath of suicide, John Wilkes Booth, an afternoon at a funeral parlor, and a middle-aged couple who accidentally take a bank hostage. “The Secret to Dying” is the first I've written set in the 1930s.
So if you see my play at the festival, and run into me sometime, I'd love to hear what you think about it.
___________________________________
**Full disclosure: I am the director of Horsetooth Productions, a nonprofit organization and a sponsor of this year's Fringe Festival. As an individual, however, I still had to go through the application process just like anyone else, and get selected by their committee.
CROSS-POSTED at Fort Collins Fringe Festival blog
Share this post...