As I mentioned in my post about really big prehistoric bears, Ice Age megafauna are at the core of my Ice Age Shifters® paranormal romance series. In my books, these shifters are rare and often find themselves in unusual situations, including the unexpected path to romance. Here's a little about Panthera Atrox, otherwise known as a prehistoric American Lion.

In Shift of Destiny (Ice Age Shifters Book 2), Chance McKennie is an Ice Age shifter, though he's not sure that's what he is. His animal side is a large, 700-pound (340 kg) lion-like feline without a mane, but nothing like his cougar-shifter mother or wolf-shifter father. This unwelcome variance causes trouble in the packs and prides in the area. Consequently, he leaves home, searching for a place to belong. 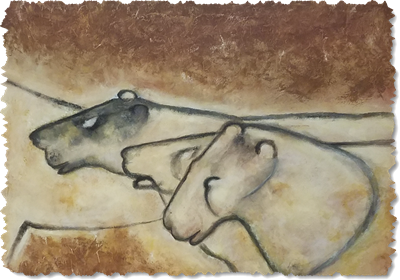 First, while we have quite a few skeletons of prehistoric American lions (Panthera atrox), paleontologists have spirited discussions about which evolutionary branch to put it on. American lions most resemble Eurasian cave lions, the ancestors of the lions of Europe and Africa. However, both lines also have physical variations found in modern tigers, panthers, and jaguars. We do know that P. atrox was bigger than modern cats of any species. Paleontologists theorize it had solitary habits like today's cougars rather than social habits like today's lions.

One of the fun parts of writing about shapeshifters is to explore how the animal side of the character affects the human side. Since American lions likely had a wide hunting territory, I figured it gave Chance McKennie a streak of wanderlust. You'll have to read the book to find out if Chance's feline side can purr. 😸

We can only guess as to what fur color variations that American lions had, and whether it varied by region. I decided that pale coloration, like a faded reddish tan, would be most useful in the Ice Age, so that's what I gave Chance. Modern solitary felines specialize in stealth and ambush, so blending in with the cold and icy grasslands would make prehistoric American lions more invisible to their prey. Early humans likely knew and feared these feline predators, as evidenced by European and South American cave art.

In my series, Ice Age shifters cause trouble just by being born in the more traditional packs, prides, and clans. Elves believe Ice Age shifters are sent by the gods to help the magical community in extraordinary times. Consequently, the heroes and heroines of my books can expect adventure and intrigue on the sometimes perilous road to finding their true mate. 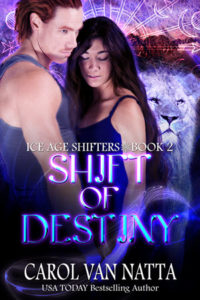 Moira doesn’t believe in magic, despite being chased by a crazy billionaire for her supposed “gifts.” Chance, prehistoric lion shifter, believes in Moira, his true mate. He’s determined to protect her and help her find the magic in her blood.

But even a top predator can’t guess the lengths to which a desperate billionaire will go to get what he wants. 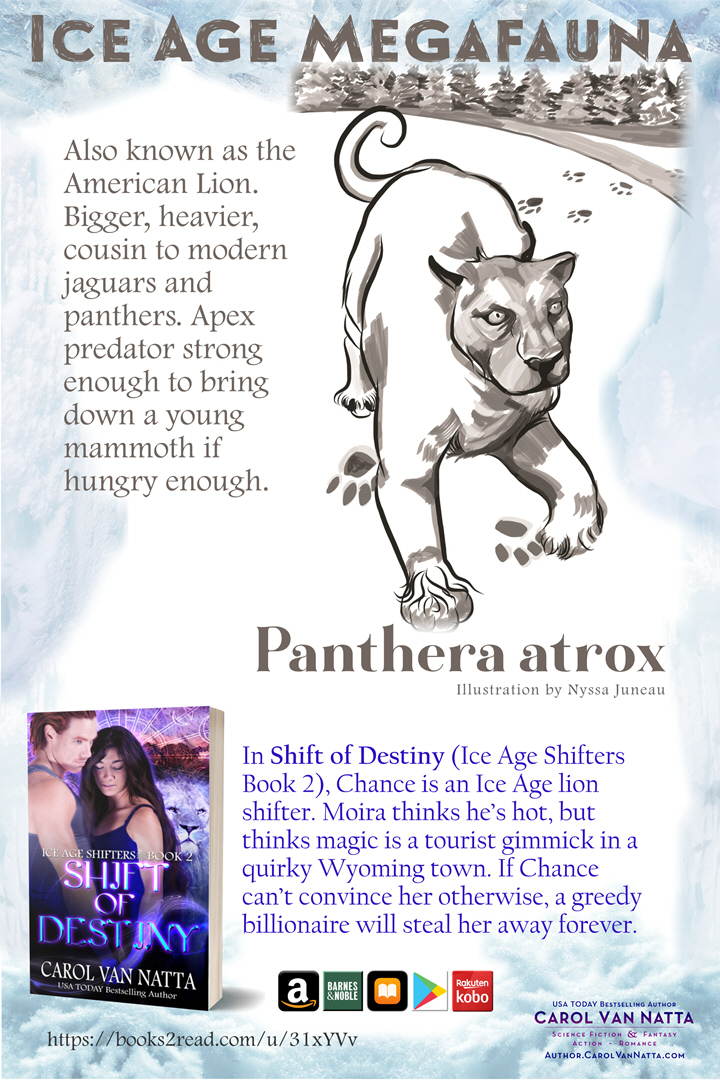