At last I can present the cover reveal for Shifter's Storm (Ice Age Shifters Book 5). The fabulously spiffy cover for this and the rest the series are all designed by the very talented Amanda Kelsey of Razzle Dazzle Design.

Shifter's Storm starts a new mini-story arc that will continue for the next two books. I'll tell you more about that soon. I am in love with the characters in this story, but I could be the very tiniest bit biased. 😉

In the meantime, here is the most excellent cover. 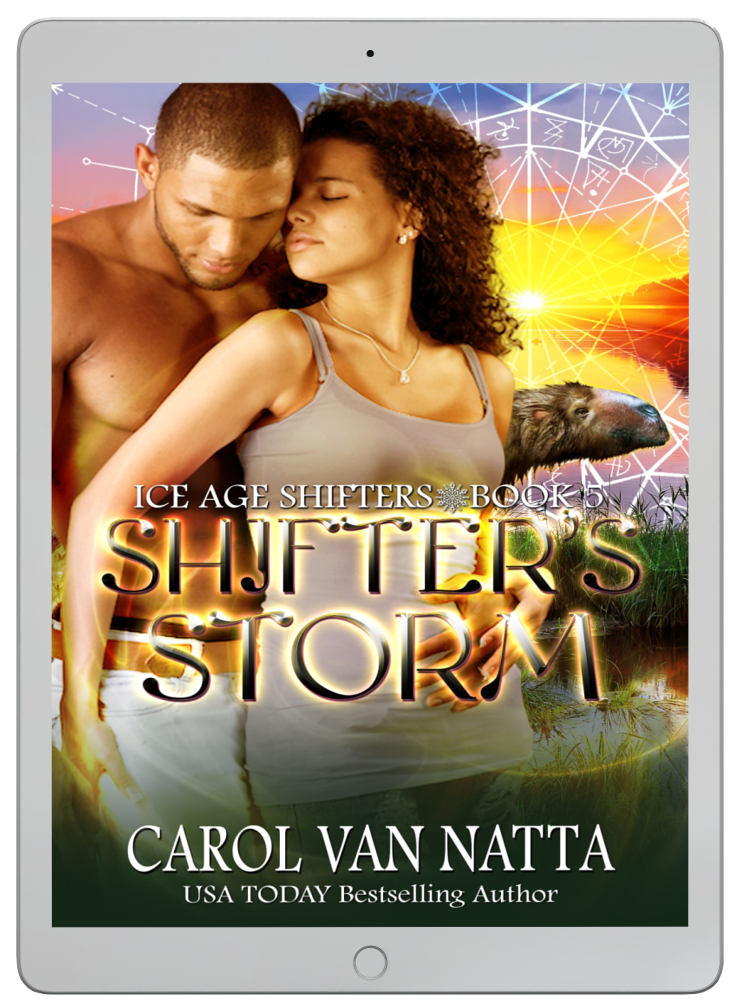 Deputy Sheriff Chantal Hammond is the grown-up daughter of Jackie Breton from Shifter Mate Magic. Chantal also made brief appearances in Shift of Destiny and Dire Wolf Wanted. Curiosity hasn't killed this leopard shifter yet, but this time, she's lost in a fairy fantasyland full of secrets. Aquatic Ice Age shifter Dauro de Mar just wants to save his friends and himself from being sold again. He never expected help to arrive in the form of the sexiest shifter he's seen in four hundred years.

Dauro is a prehistoric aquatic sloth, the water-loving cousin of the giant ground sloth. Cruel fairy magic forced him and his fellow captives to stay in their animal forms to prevent them from escaping. The old fairy is dead, but her nieces have big plans for their aunt's collection. Chantal has zero tolerance for anyone who sells shifters. Dauro and Chantal will have to fight danger—and their sizzling attraction—if they want to win their freedom.

About the Ice Age Shifters Series

As a quick reminder, here is the complete list of the Ice Age Shifters stories: 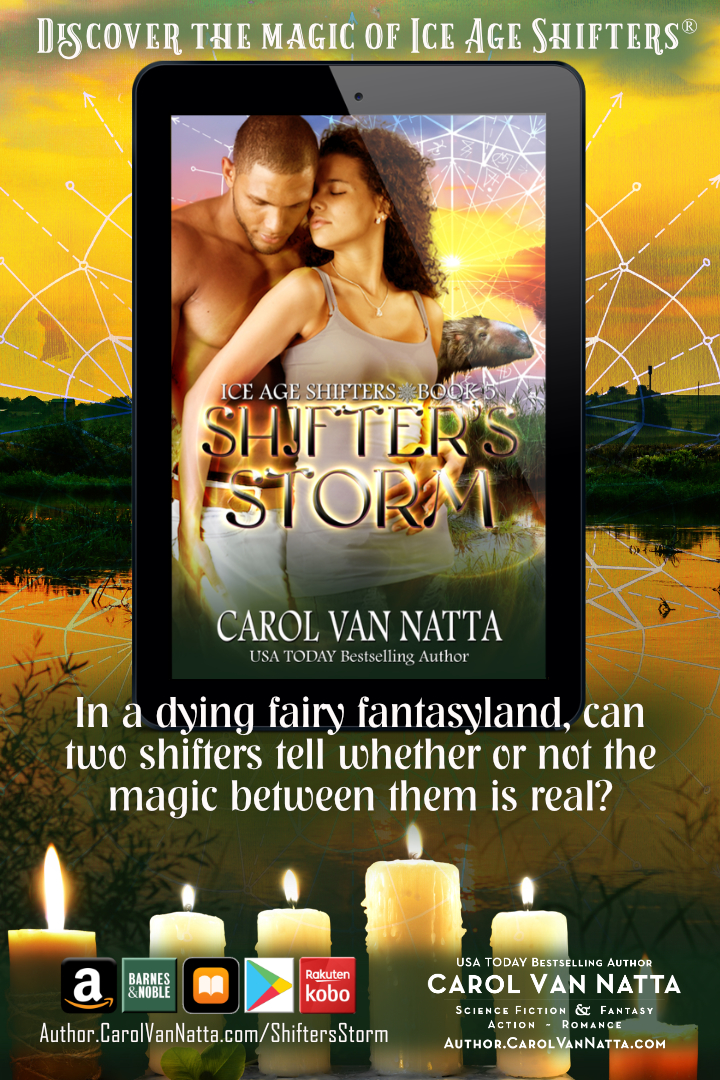 __________
Note: No, you're not crazy if this seems familiar to you. I announced the book earlier this year, but publication got delayed until now. 🌟