Several of my stories (Last Ship Off Polaris-G, Pet Trade, Minder Rising) deal with future frontier planets. In my series, they are an important part of the economy, and a good way to make use of our human drive to explore. 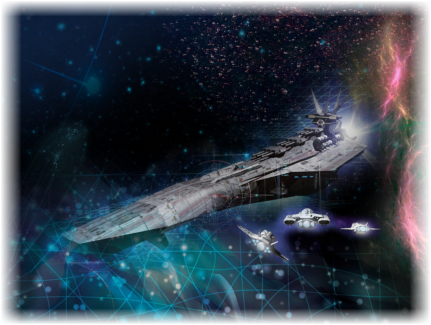 Like most predators, humans find that exploring is worth the inherent risk. In my Central Galactic Concordance space opera series, future frontier planets are the natural outgrowth of that drive. The series is named for the government that's running the galaxy. Exploration is a key component of its expansionist economic model. It's made possible by faster-than-light (FTL) travel and near-live communications across vast distances.

In the CGC series, humans have explored and settled Earth-like planets throughout the galaxy, and have done so unopposed. As they have never run into another sentient species, humans have no rivals or competition, except themselves.

Commercial space exploration companies take great risks, but reap great rewards for every new and useful resource they discover for the government. Terraform companies buy the rights to good, Earth-like planets and make them over in the image of Earth. They in turn license or sell the rights to settlement companies, who market the future frontier planet, then support individuals, families, and businesses who colonize it. Once a planet’s civilization meets certain developmental and governmental standards, and can sustain their own population, they become full-voting members of the Concordance.

That’s how it’s supposed to go. However, as with all human endeavors, reality is not as neat  and tidy. Space exploration companies have been known to “forget” to tell the government about a juicy find that has high value on the black market. Terraform companies cut corners in the makeover process, dooming the planet’s ecology to eventual failure. Settlement companies are notorious for price-gouging their frontier planet settlers, and outright cheating if the settlers pay off their debt too soon. Frontier planets that feel neglected, abandoned, or abused by the CGC are occasionally reluctant to become a member. This brings the attention of the Citizen Protection Service, whose job is to keep the galactic peace. The CPS uses whatever means they think necessary to bring independent frontier planets to heel.

The underlying plot of Last Ship Off Polaris-G centers around that last bit. The planet is dying, and its citizens are making a desperate bid for escape. The military find themselves the reluctant enforcers of some questionable CPS actions. Captain Ivar Okeanos has a dilemma on his hands:

When he turned to look at Sobek, she was glaring at him, arms crossed. “Out with it, Ivar.”

He didn’t bother pretending he hadn’t arranged the whole inspection program just so he could talk to his second in command in one of the few unmonitored locations on the ship. She had nearly eighty years of experience in Space Div, and after nine years serving with him, she knew him too well.

“Yesterday, I came across a packet of Paderau’s that leads me to believe the CPS is using the settlement company’s dispute with its settlers to institute de facto regime change in the Polaris-Gamma government. Pol-G is a ‘threat to the galactic peace’ because it’s been dragging its feet in applying for Concordance membership. It also refused to give the Concordance priority access to its unexpectedly abundant rare-earth metal deposits or the output of the flux fuel manufacturing facility they built under the ocean.”

“Imagine that.” Her tone was dry as a desert.

“Yeah, what a surprise. Unfortunately, any day now, we’re going to be ordered to destroy, not just detain, a desperate, unarmed fleet of more than a thousand ships, not just two hundred, and that are carrying an estimated total of a hundred thousand refugees. Oh, and bonus, we get to let another fifty thousand people on the planet starve. Seems the settlement company lied about the population by an order of magnitude, and the CPS knows it.”

Sobek’s expression and body language became unreadable. “What do you propose to do?”
…

Read the first chapter of Last Ship Off Polaris-G

Series readers might look for this conflict to become more prominent in future books, as tensions rise throughout the galaxy, and certain organizations react in predictable ways. It’s that old Chinese curse, “May you live in interesting times.”