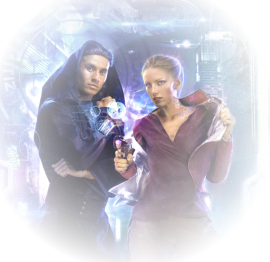 Coming soon into realspace near you: Jumper's Hope, Book 4 of my Central Galactic Concordance space opera saga. Here's the tagline: Reunited ex-lovers must figure out why a government agency is trying to kill them and why, or their supposed deaths will be real this time.

The target release date is the last week of October.

I've hit the milestone for having published my first solo book two years ago, on October 18, 2014. That was Overload Flux (Central Galactic Concordance Book 1), the start of my space opera series. It won an SFR Galaxy Award, and has some nice reviews. Since then, I've published three more books in that series: Minder Rising (Book 2), Zero Flux (Book 2.5), and Pico's Crush (Book 3). And now, Jumper's Hope (Book 4). Yay, me!

The Future Is Shiny

So what's next? Glad you asked.

First up is a new paranormal romance novella as part of S.E. Smith's Magic, New Mexico Kindle Worlds project, which will release in Feb. 2017. If my muse is feeling frisky, I'll have a second paranormal romance novella as a companion piece, which will have a character or two from In Graves Below. After that, I'll burn flux like a madwoman to write and publish Book 5 in the space opera series, because Book 4 ends with unfinished business—it's not a cliffhanger, but things are moving along for the Big Damn Story Arc that the CGC series is all about. Characters' lives are at stake!

Because the Central Galactic Concordance is my favorite series (okay, it's my only series), the books all got spiffy new covers, and will soon be available in paperback, just in time for holiday gift giving (wink, wink, nudge, nudge).

Here are the covers for Overload Flux, Minder Rising, and Pico's Crush, and the cover for Jumper's Hope will be just as spectacular. 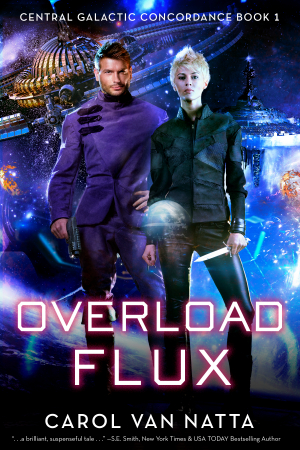 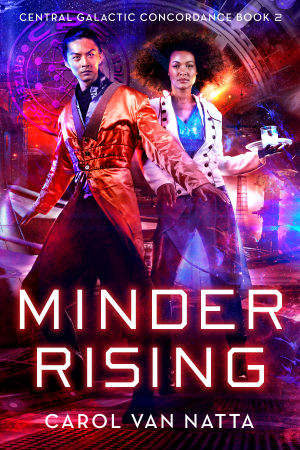 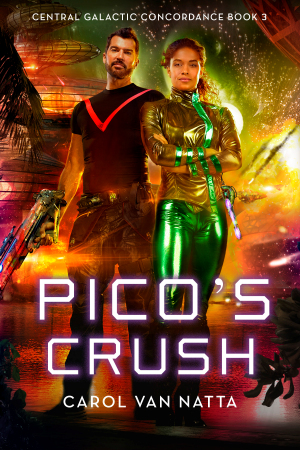