Authors Being Wild Again at RomCon 2016 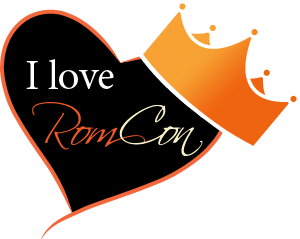 Forecast for the weekend: authors being wild again, this time at RomCon 2016 in Denver, 30 Sept. & 1 Oct. I'll be there both days.

The list of attending authors is amazing, and includes some of the Magic, New Mexico coven… uh, pride… uh, team, such as Susan Hayes (Etched in Stone), Michele Callahan (Touch of Fire), Geri Foster (Touch of Mayhem), Evelyn Lederman (Touch of Patience), and Sylvia McDaniel (Touch of Decadence).

RomCon is a reader-centric convention, meaning it's meant to give readers the opportunities to see, meet, and schmooze with their favorite romance authors. I love meeting readers and other authors.

News About the Space Opera Series

This isn't so much authors being wild again as authors communing with their muse and writing a lot, which is what we do most of the time. My space opera series is about to grow with another book. Jumper's Hope (Central Galactic Concordance Book 4) is off to the editor, and the cover design is in progress. As you may know, all the books are getting snazzy new covers, and print versions, too. I'll tell you all about this book and my plan for galactic domination with the series in an upcoming post.

News About Other Projects

I'm just about to start plotting another entry in the Magic, New Mexico world, because the first was such fun to write. A certain exasperating ghost may be making another appearance. More about this once my muse comes back from Plotlandia.