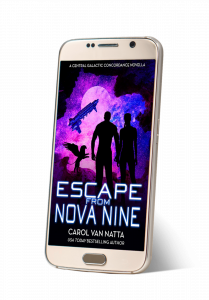 Playlist for Escape from Nova Nine

Music has been a big part of my life. It can be center stage, where a song can take my whole attention. Especially if I'm the one singing it. 😉 Or it can be the subtle background accompaniment to something I'm doing, from Tai chi to cleaning to just gently dozing off. If have to be careful when I'm writing, though, or the lyrics will end up in the dialog. I also like making playlists for particular stories. This is the playlist for Escape from Nova Nine, my latest space opera romance novella.

In the story, Nova Nine is a hidden asteroid made of highly valuable elements. A previous government began mining it. Soon, they began sentencing prisoners to work in the dangerous environment. Records of the mine got lost during a regime change, but the operators kept it going by kidnapping workers who wouldn't be missed. Julke has been stuck in the mine for more than a year. Newcomer Zade brings a chance for freedom, but they have to act fast or the opportunity will slip away.

The collaboration by Queen and David Bowie to produce “Under Pressure” feels like the perfect song to accompany the search for an escape. The song came about because Queen and Bowie happened to be recording albums at the same studio. This version has Adam Lambert singing the David Bowie part.

Nova Nine has many perils. The biggest one, not counting the cruel warden, is the Abyss. It's a Grand Canyon-sized rift in the middle of the asteroid. It has winds, clouds, and most of all, sounds. All of which should be impossible, but not a one of the superstitious guards is willing to investigate. Zade hopes it will be the key to escape.

Modern composer Max Richter reimagined Vivaldi's Four Seasons as a post-modern minimalist exploration. Here's the link to listen to Spring 1. I imagine the Abyss sounds like this, for people—and griffins—that can hear it.

Playlist Song #3: Now That I Found You 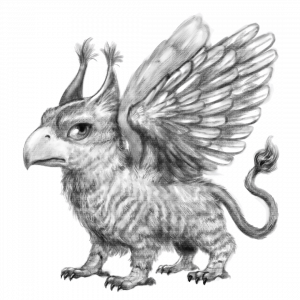 Carly Ray Jepsen (of “Call Me Maybe” fame) co-wrote and sang an upbeat pop-infused song called “Now That I Found You.” It appears on her album titled Dedicated. The lyrics describe how it feels to find someone you can love, and someone you trust to see the real you inside. Julke and Zade, the main characters in Escape, have a moment just like that about halfway through the story.

Fun footnote: Several months after I wrote the story and it was about to debut in Pets in Space 6, I finally saw the official video. As it turns out, the object of the singer's affection is a rescued ginger kitty. By the end of the video, she has a LOT of ginger kitties. It reminded me of all the mysterious griffins in the mine.