It's here! The first book in my new Ice Age Shifters paranormal romance series is here!

This is the fabulous cover for Shifter Mate Magic (designed by the equally fabulous Amanda Kelsey of Razzle Dazzle Design). 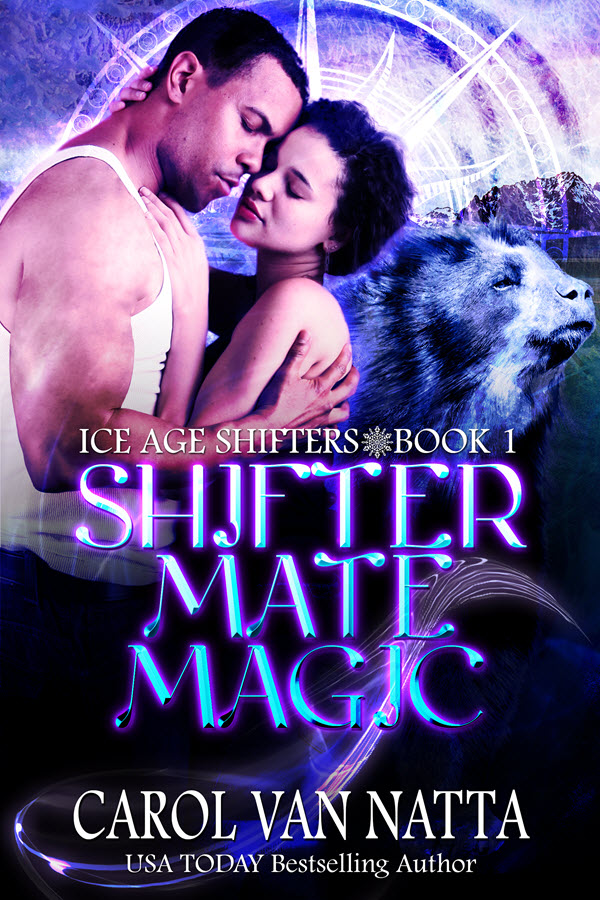 Okay, yes, I'm still ridiculously excited about this series. I celebrated with a little song and dance around the living room, which caused the cats jump to high places, because they know humans are inherently klutzy. This is the first of four books that I plan to release this summer.

A lonely bear shifter meets his mate. She’s running for her life and doesn’t have time for romance.

Pregnant Jackie Breton just escaped from a corrupt feline pack intent on selling her half-shifter baby to the highest bidder. She’s smart, independent, and has a desperate plan to keep her baby safe: Get away from the pride as fast and far as possible.

Trevor Hammond, prehistoric bear shifter, has been rejected by everyone in his life for… being born, basically. Well, except for the beloved aunt who raised him. He’s built a career as an independent trucker, but life would be much better with someone he can hold in his arms and claim as his own.

When Jackie meets Trevor at a truck stop, his bear demands he help her. His aunt even calls with a dire warning: Get Jackie to the magical sanctuary town in Wyoming before she’s killed.

Jackie thinks he’s sexy as hell, but too good to be true. She doesn’t trust shifters. With the feline pride hot on her trail, however, Trevor and the quirky town of Kotoyeesinay might be her only chance for survival. Even Trevor’s indomitable bear may be no match for the dangerous enemy seeking retribution.

Reserve your copy today, so you don't miss release day.