My space opera series, the Central Galactic Concordance, has 4 novels that are also available in audiobook format. These are published by Tantor Media, and available at most major audiobook retailers. Since more and more people are listening to audiobooks these days, I thought I'd start on producing more of them for the rest of my catalog. However, since I can't do them all at once, the question is, which audiobooks in 2022 would you like to get first?

This series has 5 novellas out and a 6th coming in spring 2022. All of them but one** are standalone-ish. In other words, they're in the same universe, and in the same time period as the novels, but they aren't integral to the big damn story arc in progress. Think of them as day trips along the main tour through the galaxy. Three of them (and the one coming out next) were originally published in various Pets in Space® anthologies.

_ _ _ _ _
**The novella Zero Flux is a new adventure with Luka Foxe and Mairwen Morgenthur, the main characters of Overload Flux, Book 1. It's a day in the life, where the day happens to involve investigating a decades-old cold case that someone is willing to kill to keep it on ice.

…Or Start with Paranormal Romance Audiobooks?

The Ice Age Shifters paranormal romance series has 5 short novels. They're loosely connected, meaning you don't have to read them in order. As a side note, Dire Wolf Wanted, book 4, is probably more fun if you read Heart of a Dire Wolf, book 3, first.

Also, the standalone In Graves Below (from S.E. Smith's Magic New Mexico universe) would get an audiobook.

Vote for Your Choice

So, which audiobooks would you rather read… er, listen to first in 2022? 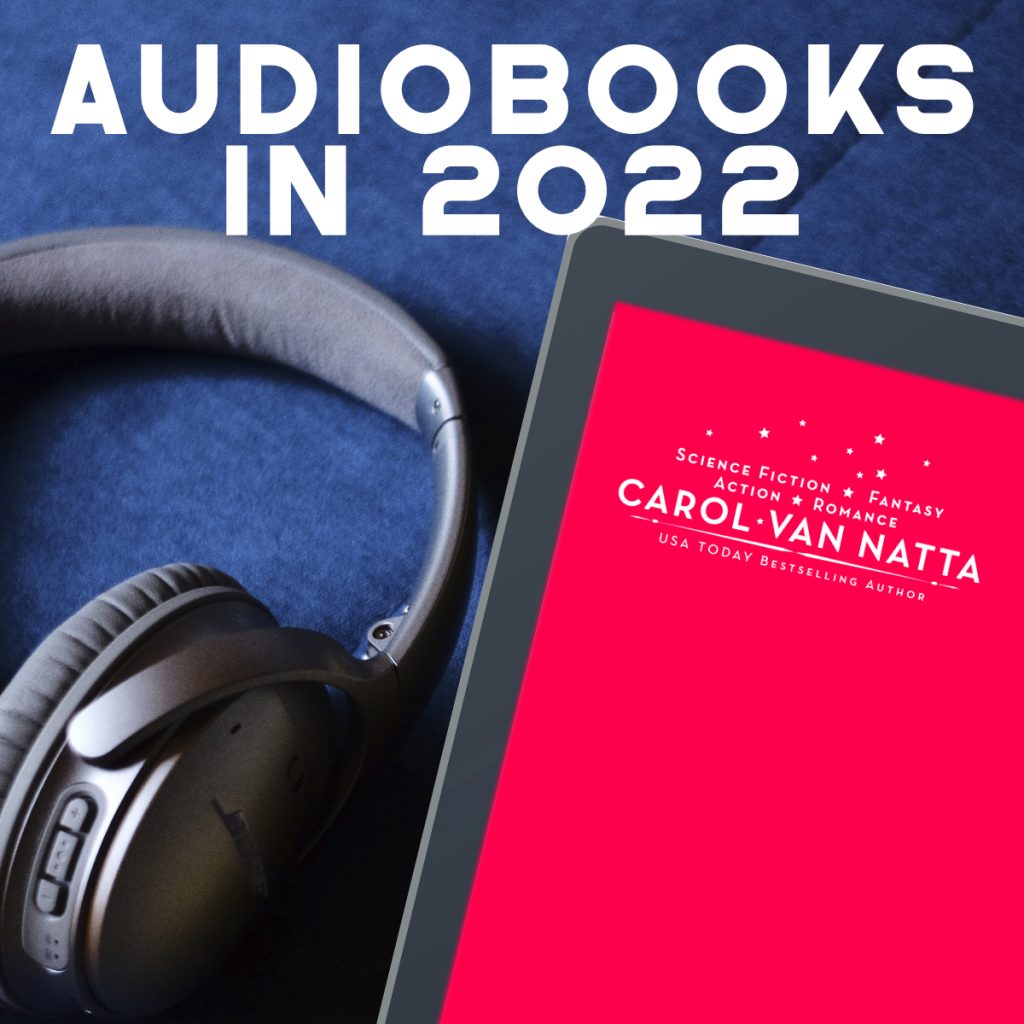