Writing Cross Genre, or How I Got Hit by the Cross-Genre Bus 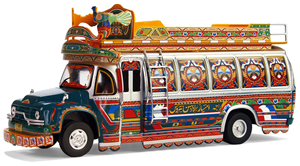 My flagship series is the Central Galactic Concordance series, a sprawling space opera with a big damn story arc that I figure will take at least nine books to do it justice. My muse’s home planet is science fiction, probably because I was corrupte… er, exposed at a young age and grew up with scientists. However, my muse loves vacationing in fantasy, romance, action, suspense, paranormal, adventure, mystery, and thriller, several of which are likely to turn up in my stories. I’d always planned to write the first four or five stories in the CGC series, then start a whole new second series from one of the dozen plot bunnies I’ve squirreled away. Instead, I got hit by the cross-genre bus.

Back in December, a best-selling science fiction and fantasy (and now YA) author named S.E. Smith asked if I’d like to be part of a new Kindle Worlds project she was putting together. (Think of Kindle Worlds as licensed fan fiction.) She was looking for paranormal romance novellas written in her good-natured “Magic, New Mexico” universe. Mind you, I’d never written a paranormal romance in my life, and I tend to write long, but the opportunity to work with her and eight other authors was too good to pass up. The result was In Graves Below, about a disabled veteran and a magical dancer vs. a demon horde that wants to make Denver an all-you-can-eat buffet.

Paranormal romance, or PNR for short, is usually an overlay of magic on the traditional subcategories of romance – contemporary, historical, suspense, etc.  It’s like asking “what if” on a grand scale—what if the main characters not only had to deal with falling in love, but the fact that they turn into panthers on a regular basis? This is world building 101, which is catnip to my science-fiction oriented muse.

In some ways, the PNR world was easier, because it’s based on the real world, but that’s a double-edged sword. In my space opera series, I can invent interstellar travel and new materials, but in PNR, I have to research the real world so I know what laws of physics I’m breaking, or where my story deviates from the real history of Native Americans in southern New Mexico in the 1700s. It was fun to write, and if this one does well at the virtual bookstore, I have enough research to write another one, too.

Right now, I’m working on books four and five of my space opera series, for which the first three books, Overload Flux, Minder Rising, and Pico’s Crush, laid the groundwork. Peace and stability have prevailed for the past two hundred years, but underneath, trouble is brewing, bringing change—unwanted by some, welcomed by others. It’s going to be wild ride.

After that, I plan to visit the bus stop and see what comes along.

This post on writing cross genre is cross-posted with Patricia Stoltey's blog. She writes delightful mysteries, starting with The Prairie Grass Murders.