About Mythical Ahklut in the Ice Age Shifters® World 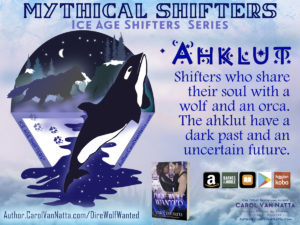 In Dire Wolf Wanted, Ice Age Shifters Book 4, the heroine is Rayne Chakal, a covert agent and a prehistoric dire wolf shifter, which makes her very rare. (See my posts on prehistoric bears, lions, and Rayne's sister, also a dire wolf.) The hero of the story is Arvik Inuktan. Actually, because he's a spy, he's gone by many names, but that's his current one. Arvik is even rarer—a mythological shifter who shares his soul with two other forms, a wolf and an orca. I took inspiration from Inuit and Inupiat legends about mythical ahklut to create Arvik's people in the Ice Age Shifters® world.

The First Peoples at the top of the North American continent were as varied and complex as the native tribes farther south. Geographic isolation created language and cultural variation. However, they knew about other bands and shared legends and beliefs. The most interesting of these is that many animals have inua, spirits with dual natures who can take other forms, including human. In other words, shapeshifters. 😸

A common legend across much of what is now Alaska and central to western Canada is a wolf-orca hybrid known to the Inuit as kak-whan-u-ghat kig-u-lu'-nik. When Smithsonian naturalist Edward William Nelson arrived in Alaska in 1877 to study and learn, he recorded the legend. More recently, the shorter and more pronounceable name of “ahklut” has come to mean the same thing, though it's actually the Inuit word for orca (a.k.a. killer whale). Wise hunters knew to watch for wolf tracks that led to the sea with no return tracks, a sure sign the hungry hybrid would be hunting them.

Terror of the North 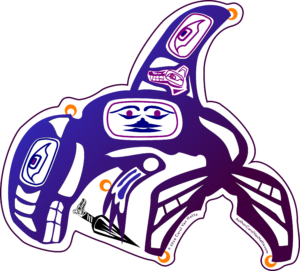 Reading about this legend inspired me to create Arvik Inuktan and his people. In Dire Wolf Wanted, Arvik has hard choices to make. He must face up to his secret past and stop a magical war if he wants a future with Rayne. In the Ice Age Shifters world, the ahklut have a dark history, plus legends of their own to unravel. They were once known as the terror of the north, but no more. Now, internal conflict and the explosion of human civilization and technology have brought them to the edge of extinction.

After the life-changing events in Dire Wolf Wanted, Arvik's people have new choices to make. Readers are kind enough to tell me they're fascinated and want to know more about mythical ahklut, so I've planned a future book that revisits them.

Dire wolf shifter Rayne Chekal works to take down an illegal auction house that traffics in shifters. Arvik Inuktan, secret mythic shifter, infiltrated the auction staff with the same mission. The attraction is instant… and impossible. War is coming. When Rayne and Arvik meet on the battlefield, can they overcome their differences and work together to stop the evil, or will this war engulf the magical world and doom them all? 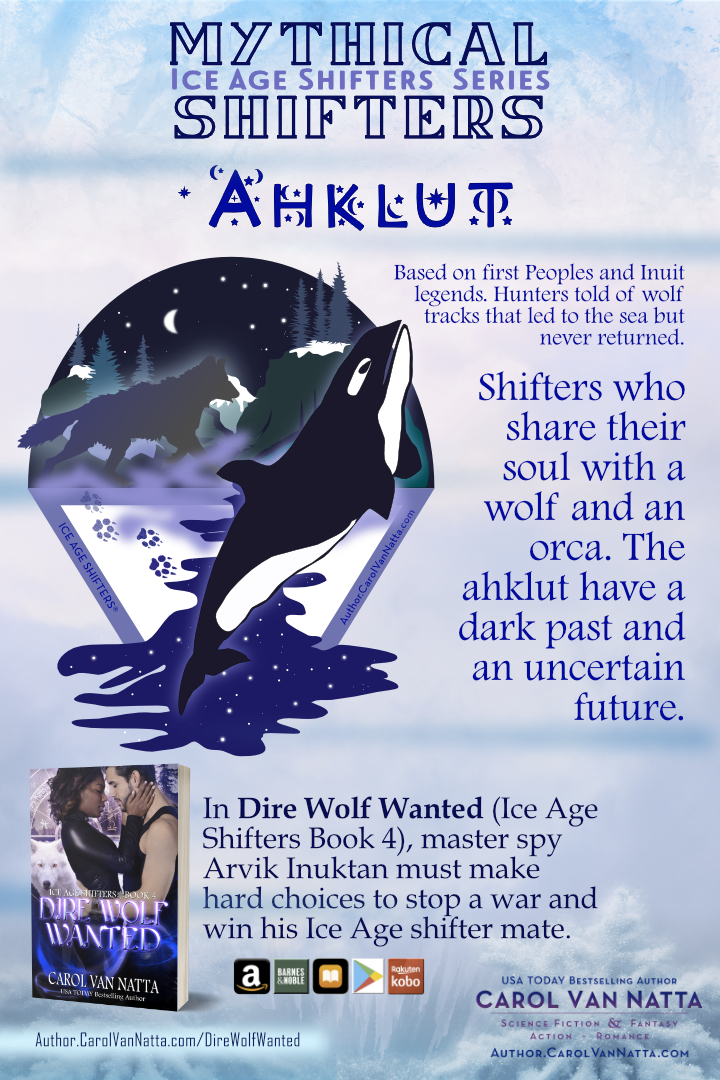