About the Big Damn Story Arc in My Space Opera Series 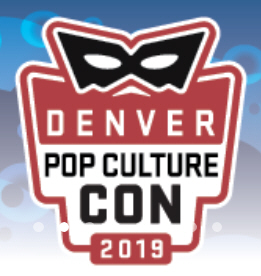 I recently appeared on a writer's panel at the 2019 Denver Pop Culture Con. The panel's goal was to give the audience tips and tricks on how to write a bingeable series.  My esteemed co-panelists, Trai Cartwright and Marin Lepore, are both screenwriters and film/TV producers. I represented the novel-writing side of things. We came prepared with concrete examples, and encouraged audience participation and questions. It was quite a lively session for a Sunday afternoon on day three of a mega-con. I got several questions about the Big Damn Story Arc in my Central Galactic Concordance space opera series, so I thought it would be worth talking about in more detail here.

Q: Did you know the Big Damn Story Arc when you wrote the first book?

Yes and no. My muse, quirky creature that it is, thinks in series. Even when my lofty author brain is convinced I'm writing a standalone story for a specific purpose, my impish muse is busy in the background, dreaming up the whole universe, the other characters, and what's happening to them.

I need to know the characters and have a loose outline before I start any story. I think of it as a roadmap wherein the actual route will probably change by the time I get there. The same goes for my series. I need that loose roadmap so I know where I'm headed. For the Big Damn Story Arc, that means I knew it was about how humans respond to an evolutionary change that's no longer affecting just a select few. Two hundred years of galactic peace are about to come to an end. {Cue ominous but exciting music.}

Now that I've completed four novels and am two-thirds done with a fifth, I've met a lot of fascinating characters who point me to things I never considered. Such as who is the scarier antagonist—the narcissistic sociopath who deserves everything that happens to him, or the smart, efficient administrator who believes she's doing what's right for humankind? I'm also inspired by reader questions and comments about the characters they love and their guesses for what's coming.

Q: Did you think the series would be 10+ books long?

No. I thought maybe five or six. My author brain imagines it knows how long a given story will be, which my muse delights in proving wrong. For example, Zero Flux was supposed to be a short story, not a 17,000-word novella.

The original Big Damn Story Arc outline started with what is now book 4. As I started thinking about those characters, each of whom had been used and broken by the same government agency, I realized I was in trouble. Either the book would have to be a 200,000-word space opera epic, or I needed to write a small encyclopedia about the universe, the history, the major players, and how the powder keg got packed and fused in the first place.

So instead of those options, I backed up four years on my timeline and wrote Overload Flux. A couple of years later, I backed up even farther to write the novella Last Ship Off Polaris-G to explain an incident that sets a future main character on the path that forces him to a make a critical choice.

I've also written a couple of “sidebar” novellas, Pet Trade and Cats of War. They're contemporaneous to the story arc, but not a part of the action. They first appeared in the Pets in Space anthology series. I might write more of them, too.

Q: What will you do when the Big Damn Story Arc is done?

Celebrate, of course. Life's little victories should be celebrated, because the big ones don't come along that often. That said, it's a big galaxy, and there are plenty of other characters—all my stories start with characters—who can get into a lot of trouble.

Thanks to my muse, I have an ever-growing collection of series plot bunnies to choose from. I also have the Ice Age Shifters paranormal romance series that's more open-ended. It has smaller, looser plot arcs that cover three or four books at a time.

I've always been a forward-looking person, so I'm excited by the possibilities. 🌞

So many books to write, so little time!