Ghosts in the Books 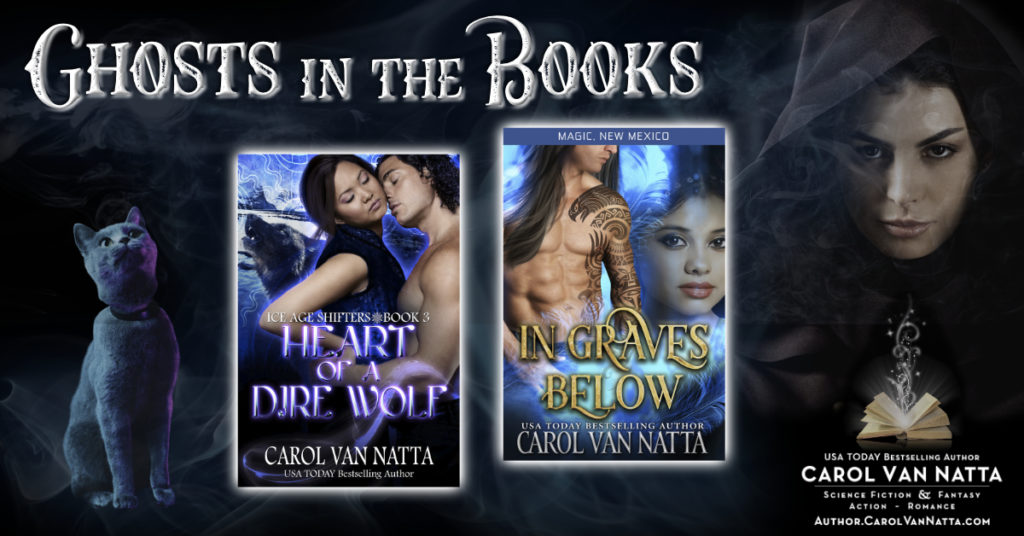 The other day, my cat saw a ghost in my bookcase. At least I assume that was the cause of the suddenly fluffy tail and startled look before he bolted. Just because I'm a skeptic and can't see ghosts in the books doesn't mean they aren't there. Cats have far better senses than I do.

I love the idea of ghosts (but not the scary kind), which is why I include them in my paranormal romances.

The Ghosts of Ice Age Shifters

In the Ice Age Shifters® series, the magical world is hidden just out of sight from the mundane world. Which means there's a lot of crossover. Just like in the human world, not everyone believes ghosts exist. In Heart of a Dire Wolf, heroine Skyla believes in them because she sees them every day. Skyla's sister, Rayne, didn't inherit the gift, but believes her.

Skyla discovered her talent at age 14, right after her mother died, and Skyla saw her first ghost: her own mother. The ghost comforted Skyla and told her how to handle her inherited talent. And more importantly, the responsibilities of such a gift. Here's an excerpt to show you what I mean:

Excerpt from Heart of a Dire Wolf

A shadow crossed the snow. Out of the corner of her eye, she saw an almost human form, but when she looked, it vanished. Whistling sounded with no wind behind it. Fingers danced lightly across the back of her neck, through her collar and drooping bun.

Her temper broke. She stood and faced the buildings, hands before her, robbing from her maned-wolf illusion to form twin spheres of magical explosives. “Any ghost that doesn’t want to be splattered across the cosmos better show itself right now, or leave me the fuck alone.”

Two more appeared, then three, then five, and in moments, too many to count. Ghosts, specters, and banshees crowded together in the shadows, some crying, some laughing, some howling. Most had lost their living shapes, but a few had vestiges of facial features and clothes. She defused the spell and dropped her hands. She knew what she had to do, but it scared her. She’d only done it once, for one person, not dozens. But if not her, then who?

Family Ghosts: In Graves Below 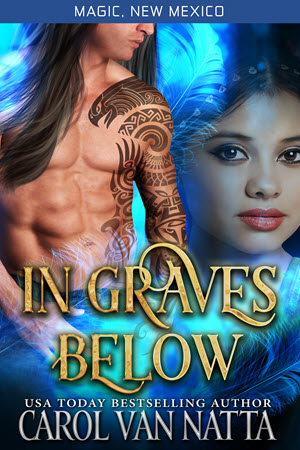 NY Times and USA TODAY bestselling author S.E. Smith created the light-hearted paranormal and scifi romance Worlds of Magic, New Mexico series. Then, she generously opened it up to other writers, including me.

Magic, New Mexico is a mythical town where being abnormal is the norm. Magical denizens—shifters, vampires, witches, aliens from other planets, and more—are free to be who they are, rather than having to hide. The town includes an active ghost community, too. My story in that series is In Graves Below.

Hero Idrián Odair is a disabled veteran. He's also a shaman and almost the last of his tribe. Consequently, he's the keeper of his tribal lands, and all their ghosts. In this world, the ghosts are more substantial. And to Idrián, somewhat more exasperating.

Excerpt from In Graves Below

Idrián shut the truck’s tailgate, then drove the ATV into the barn, the largest building on the property. He knew his friends thought he lived a silent, lonely life on the ranch. He snorted. They didn’t know his spirit ancestors.

“The northeast fence is broken,” complained T’loc’til, an ancient-looking, barefoot man who only manifested a loincloth because the other spirits complained when he bent over.

“Yes,” agreed Idrián. He greeted the patient pinto horse he and his grandfather had raised from an orphaned foal. The pinto directed soft, questing horse lips toward his chest pocket, hoping to find a treat.

The spirit of plain-faced but cheerful Juana Morales drifted into view. “I think the living space would look nice with new curtains.” Thanks to her water-witch powers, the ranch had enjoyed a magical source of under‐ground water since the early 1900s, even during droughts. Idrián tried to conserve it, though, because it was still the edge of the desert.

“It doesn’t have any curtains now,” said Idrián.

“My point exactly,” said Juana, beaming. “I’ll meditate on what color they should be.” She drifted away.

“You didn’t go into town to drink again, did you?” asked Moyolhuani, a short, faded spirit woman from centuries ago.

“Oh, leave him alone,” said her husband, Citlali, only slightly taller and equally faded. “He got drunk once when he was seventeen. He didn’t even drink after that pale-haired uxtl’nòc’tli ji’tclan thought she could steal the ranch.”

“Language,” chided Moyolhuani. “Even though I agree she was a nasty corn blight. Idrián, did you remember the cooking oil?” 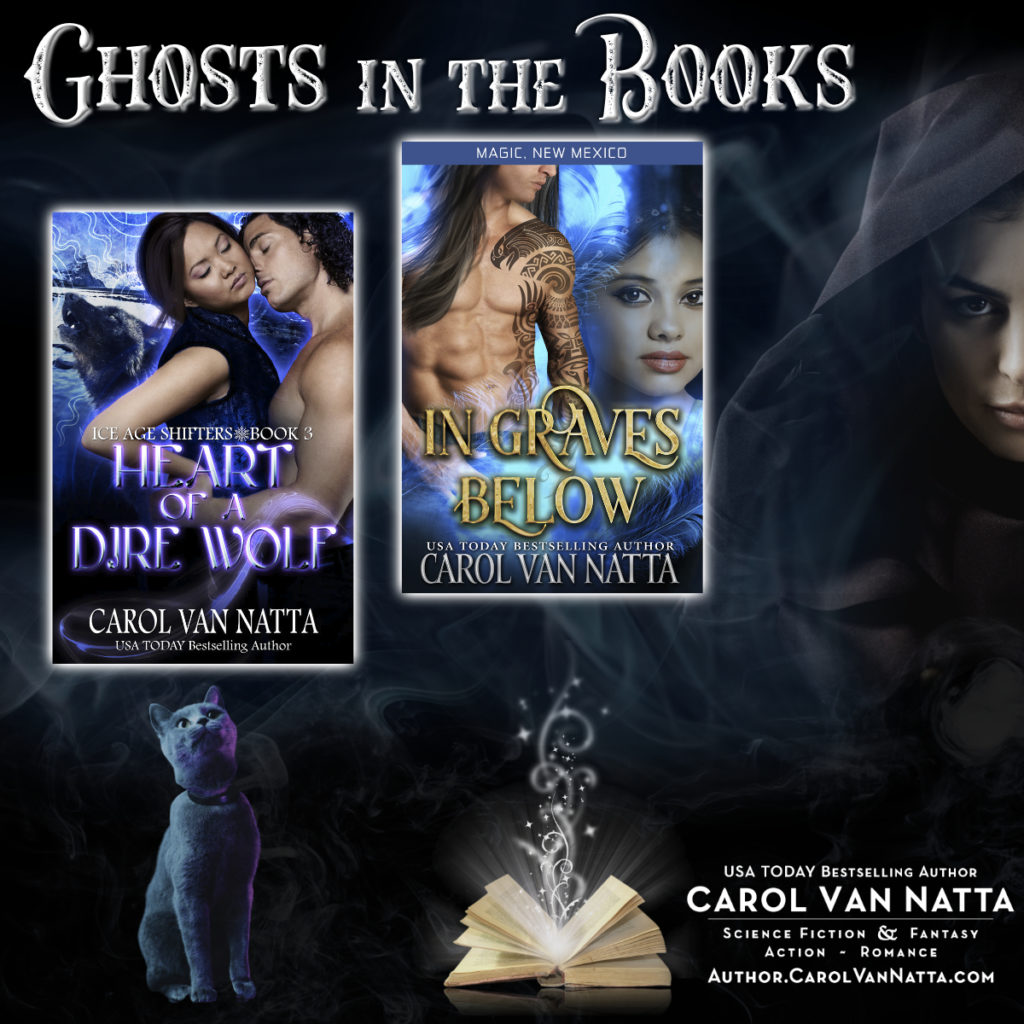